Kuils River has changed over the past decade or so. As more people move into the middle-class, so more residential housing estates have mushroomed in areas where there was once only bush.

The bushy buffer, which separated residential and industrial areas, has been reduced to mere metres. Now residents are accusing the  (Cisco) of exposing them to high levels of pollution.

Cisco operated from the 1960s until 2010. In 2012, the plant was bought by a Turkish-based company and production started again last year.The company, which has created several hundred jobs, invested millions in refurbishing the plant.

During the time the plant was not in operation, several housing estates were built in the vicinity.

“When I came to view the property here, this plant caught my eye. But I was told then the plant was closing down and that’s why I bought here,” says Earl Polman, a member of the Save Kuils River organisation. 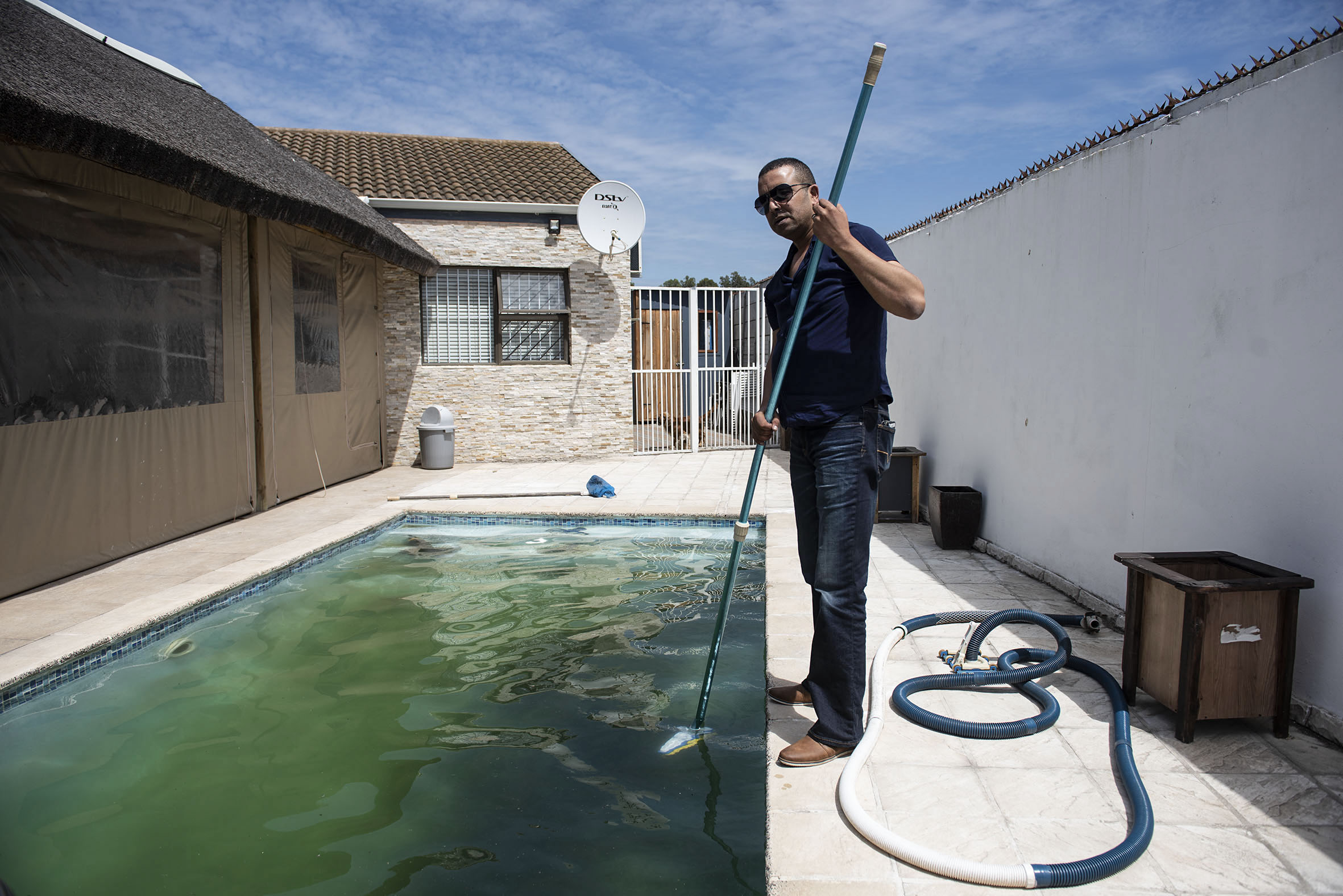 “And when we saw them advertising they were going to be opening again and it became a concern. We bought here under false pretences.”

Polman’s home is in the relatively new residential area of Vredelust. A double-laned road separates the Cisco plant and the houses.

Polman says the level of pollution in the area is evident — he often finds fine pieces of metal strewn across his back yard.

“We want to save Kuils River from pollution. We’ve seen what this plant can do. Not only air pollution but noise pollution as well. You inhale the fumes, you smell it, you can even taste it. We can’t be exposed to this on a 24-7 basis and not have health issues,” he says.

On the other side of Cisco is the suburb of Highbury, where residents have also spoken of health concerns.

Sydney van der Colff is a retired railway worker, who has lived in the area for more than 20 years.

He has recently started coughing up droplets of blood. “I’ve been living here for 20 years and I had health problems then already. But when the plant closed down for a bit I was fine. [Now] when I cough there’s blood in my sputum. When I blow my nose there’s blood. My daughter also wakes up in the morning with a bad cough, as if there’s something stuck in her throat.”

Van der Colff says he can’t prove that the plant is the reason for his ailments. But says he is not the only one in the area who is suffering.

“The doctors won’t say directly there’s a connection … On the other side of the factory people there also have health problems. So there’s a correlation there obviously then.

“In April I’ve shown the mayor [Dan Plato] this,” he says, holding out bloodied tissues. “I can’t prove it is this plant, but I know that there are chemicals in the air.”

Van der Colff’s neighbour, Lynn Abrahams, says she has similar health problems and that it is no coincidence. 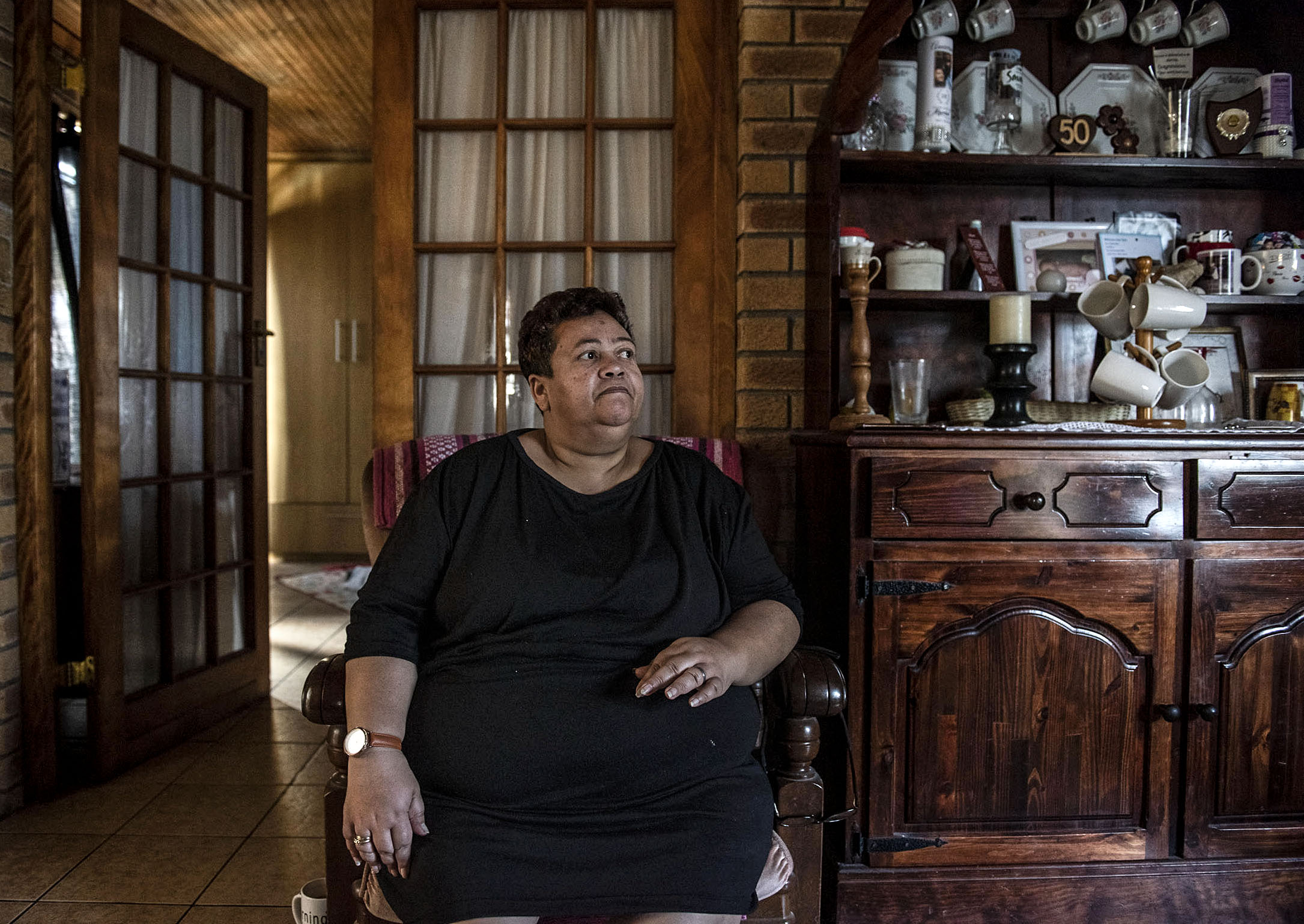 Lynn Abrahams says she and her family have suffered from allergies and headaches since the plant reopened. (David Harrison)

“There’s definitely a connection between us being sick and this factory. Some nights it is very bad. It’s noisy. It is terrible. I would normally go outside at night between one and two in the morning, and I would see the smoke coming out there,” she says. “I’ve had sinusitis for a few years. All of us in our house, even the children. The children cry about headaches. Even the littlest one, he’s only nine months old.”

Abrahams says she “regrets” living there, but this has been a home for her, her husband, children and grandchildren for years.

“Sometimes I would be so depressed, and thought, ‘we could just die here’, because you are always going to the doctor. Using lots of money to help get us through the day and the night.”

Local activists and residents say an independent analysis of dust buckets placed around the area of the steel plant show traces of heavy metals in samples collected.

Van der Colff says he has complained to the City of Cape Town, but nothing seems to have been done.

But according to a City of Cape Town report, the air quality office confirms there is a problem. “A sample analysis of the baghouse dust obtained by the city indicates elevated levels of heavy metals, including zinc, lead and manganese, which is a matter of concern,” it reads.

READ MORE: Breath, death and data: The air in our cities is killing us

The report calls for Cisco to appoint an independent specialist to conduct an investigation and consider whether the plant is exceeding prescribed emission allowances, or having a detrimental effect on the environment and human health. 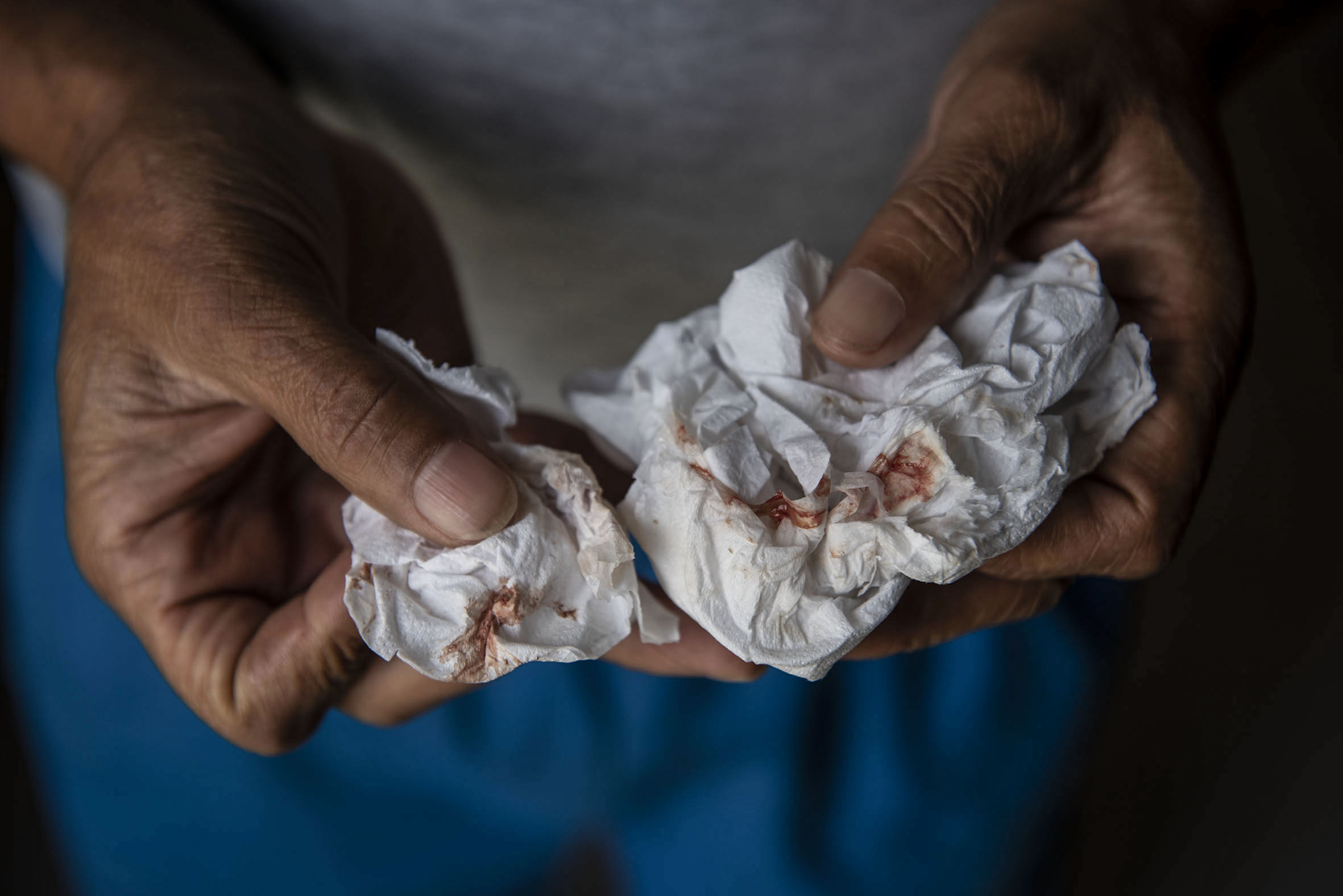 Too close: Residents living near the Cisco iron and steelworks accuse the factory of polluting the air. (David Harrison)

The company says it has measures in place to mitigate the emission of harmful substances into the air.

“An independent party conducts isokinetic emission tests on the stacks. These checks are governed by the AEL, which is at least once per annum, and reported to the relevant authority, City of Cape Town. Furthermore, continuous emissions monitoring is undertaken on two of the stacks, which are also reported to the officials. The installation of the third is planned for the end of this year.”

Kriel confirmed that the company has received complaints from residents regarding health concerns, but none have so far been medically confirmed as being related to the plant.

The City confirms that it instructed Cisco to conduct tests after samples of heavy metals were found.

“The City required of Cisco to undertake an investigation into the matter as a precautionary measure, given the potential health risks that heavy metals may cause to exposed populations. The Minister has not prescribed minimum emission standards for heavy metal emission rates for this category of industry. The City wrote to the Minister raising this matter,” the city said in a statement in response to questions.

The city said the investigation found there’s no risk to human health.

“All pollutants were predicted to be below the health screening level guidelines for both long and short term exposures, as well as for carcinogenic and non-carcinogenic risks, thus indicating that no further investigation was required.”

READ MORE: Slice of life: ‘I felt the pollution in my chest’

Polman says he is willing to take their fight for clean air to the highest court in the country.

“This fight is for my family, but also every other resident who stays here that may not realise it but is living through this.”

He adds that no amount of investment can come at the risk of endangering people’s health.

“There’s no justification for creating a few hundred jobs at the expense of tens of thousands of people’s health. You can’t justify why that place is there, 70 metres away, knowing the long-term health implications of that kind of industry on people’s health.”

Our oceans provide us with oxygen, food, recreation, transport and energy; humans should return the favour
Read more
Advertising
Continue to the category
Business