Bid for justice over R1.2bn tender

The investigation — which the department said was based on a review of tender documents, including specifications, more than 370 bids, evaluation of scores and adjudication — made findings against the chief financial officer, Lorraine Rossouw, the supply chain chief director, Sanjay Singh, and the bid adjudication committee for their conduct in the contract, which was advertised in November 2015.

The officials are accused of interfering in the process to appoint companies to guard the courts and other justice department buildings for three years.

This interference led to the contract being cancelled after the evaluation and adjudication phase, and then re-advertised in 2016.

The tender was then awarded to Fidelity Security Services, one of the 332 suppliers disqualified in the first bid for not meeting mandatory requirements. Fidelity had not included a valid Private Security Industry Regulatory Authority certificate in its bid.

The report found that the department’s bid adjudication committee, chaired by Rossouw, overruled the bid evaluation committee’s recommendation to award the contract to two other companies — Bosasa Security and Mabotwane Security — and petitioned director general Vusi Madonsela to restart the process.

Crispin Phiri, the department’s spokesperson, confirmed the investigation was into the administration of the supply chain management process and the involvement of department officials in wrongdoings. He said if outside parties were involved, “the matter will be referred to the relevant authorities”.

He added that the report would be finalised by the end of the month and that the department would have to act on its recommendations.

The investigation, which recommends disciplinary action against the officials, found that the reasons given by the adjudication committee for cancelling the contract were not justifiable, and had been questioned by Sindane prior to her departure from the department.

The report notes that when Rossouw was updating Madonsela about the contract she appeared to have misled him by not informing him of Sindane’s concerns. 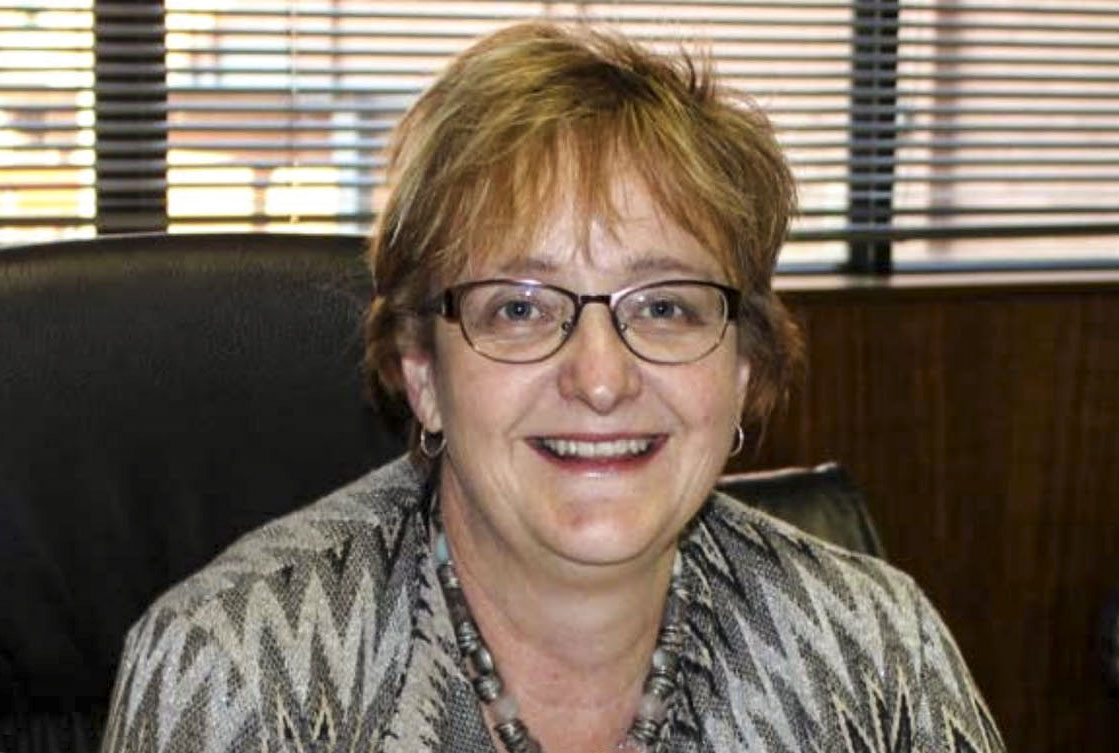 The report found that Singh, who was also a member of the adjudication committee, had interfered in the drafting of the tender specifications and changed the final specifications.

He was also found to have drafted two memorandums — in April and June 2016 to the department and treasury respectively — which said Sindane had not agreed with the evaluation committee’s recommendations, but had not wanted to take a decision because she was leaving the department.

The new tender was advertised on August 5 2016 and was awarded to Fidelity.

The investigators said they could not rule out the possibility that the tender was cancelled because of Fidelity’s disqualification for submitting an old certificate, which they later tried to fix by submitting a new one after evaluation of the bids. “The director of supply chain refused to accept the new certificate as the bids were closed,” they said in the report.

Fidelity, through its attorney Piet Bester, said the company had no knowledge of the investigation, and had dealt with the issue of trying to submit its certificate late in a submission to the public protector, “and is unable to comment any further”. The Economic Freedom Fighters had last year referred the contract to the public protector for investigation after rumours of irregularity surfaced inside the department.

During her interview with the investigators in May this year, Sindane said she never supported the view that the tender be scrapped, because she saw nothing wrong with the specifications.

She had sought clarity from Rossouw, as head of the adjudication committee, about the proposed cancellation, but was not answered. She said she would have written a memorandum to the evaluation committee if she had supported the cancellation.

“We conclude that the two memorandums drafted by Mr Singh and signed by the CFO [chief financial officer] and director general, which were submitted to the chief procurement officer were misleading as the former DG [director general] did not approve any recommendations but rather asked clarity from the chairperson of the DBAC [department bid adjudication committee].”

The report stated that Madonsela said he had not seen Sindane’s comments prior to being shown by investigators.

Rossouw referred all queries to Phiri. But, in her response to the investigators, she stated that she had never seen Sindane’s comments. She said it was the department’s internal audit section that took issue with the specifications.

The report noted that Singh denied writing the two memorandums sent to the treasury and the department, despite his name appearing on both documents as being the person to contact for further information. 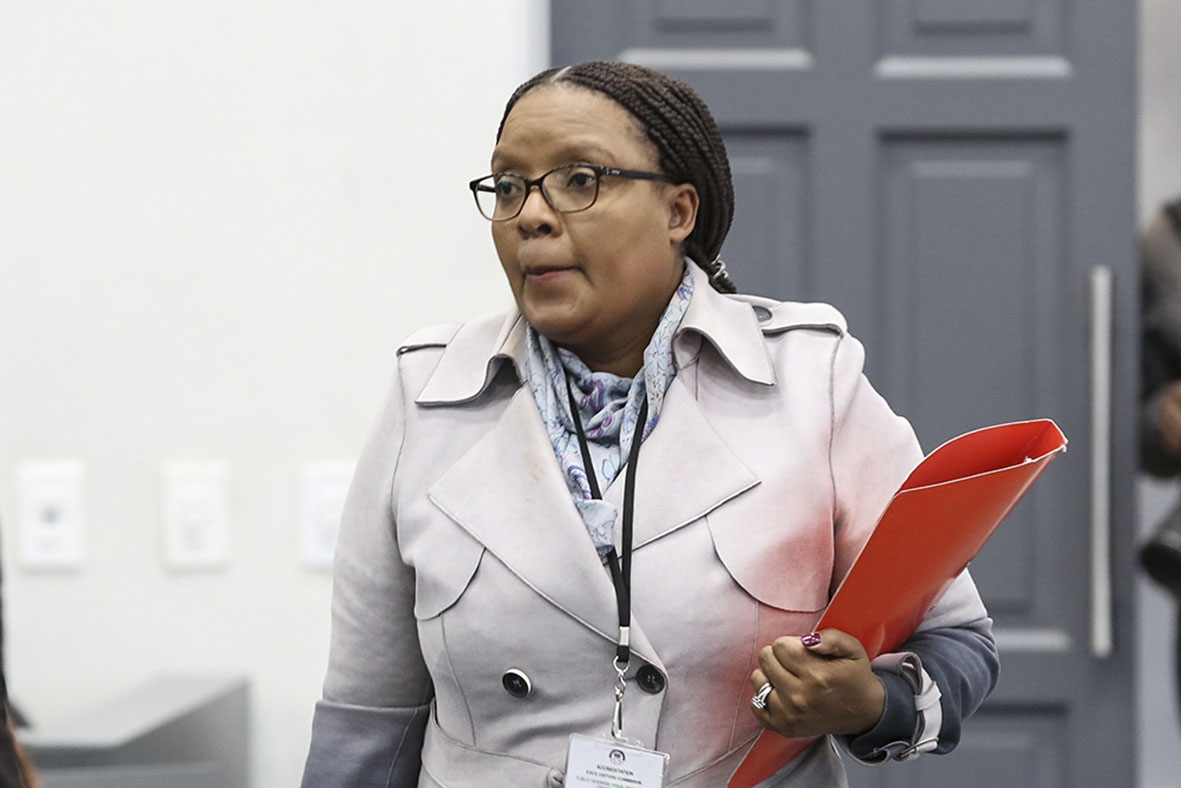 Nonkululeko Sindane had not supported the cancellation of the initial tender. (Thapelo Morebudi/The Sunday Times)

He reiterated his position this week, adding that investigators had not provided him with the full documents regarding the tender. “I met with forensic, yes, but I called the meeting off because they did not bring the full portfolio of documents. I cannot be expected to recall things from years ago with piecemeal documents, I even wrote to the DG about this but never got a response.”

Singh was previously under investigation regarding another 2016 tender — for the supply of office furniture to the high court in Limpopo. Allegations had surfaced that he had altered bid specifications for the R10-million tender to provide for an advantage to a Durban-based company, Style Craft.

He said on Wednesday that he had been exonerated in the 2017 Style Craft investigation.

According to the investigators’ report, Rossouw had referred the security tender to the department’s internal audit section, to provide assurance that the process followed thus far was fair.

In its response the internal audit section had taken issue with one of the mandatory requirements listed in the specifications — that bidders needed to demonstrate a footprint in all districts where the department had offices. This, they said, favoured those companies already providing services to the department.

The evaluation team, in their response to the internal audit section’s concern, reiterated that the evaluation process had been fair and equitable, and had recommended that the adjudication committee continue with its process.

This was rejected by the adjudication committee, which said the bid must be cancelled because the footprint clause was ambiguous, the specifications needed to be reviewed and the treasury and the auditor general had to be informed.

The investigators, through interviews with the specifications committee, learned that the specifications, together with the footprint clause, had been approved by the adjudication committee prior to advertising the first tender. None of the service providers had raised any questions or submitted queries pertaining to specifications and thus, said the investigators, the concerns raised by the chairperson of the adjudication committee were insufficient grounds to cancel the contract.

“The reasons provided by the chairperson of the DBAC for not recommending for the approval of the recommendation of the DBEC [department bid evaluation committee] stating that paragraph 10.1.12 of footprint was ambiguous cannot be justified as it did not disadvantage any service provider neither gave the DBEC any challenges when they concluded the evaluation. Like the former DG who stated that there was nothing ambiguous about the footprint,” the investigators’ report said.

The report also noted that the minutes and recordings of the evaluation and adjudication committees meetings to discuss the contracts were not made available to them, despite numerous requests, and this had limited insight into what happened during deliberations.

Singh said this week that the phenomenon of documents going missing was becoming the norm in the department.