‘For Alaa. This would’ve been a better book if I’d been able to talk to you.”

The dedication of Omar Robert Hamilton’s 2017 novel, The City Always Wins, is to his cousin — the activist Alaa Abd El-Fattah — who was in prison at the time of its writing and publication. Hamilton’s modesty comes across as sincere but, even without Abd El-Fattah’s input, his novel is a tour de force.

Washington Post editor Phil Graham described journalism as the “first rough draft of history”. This phrase springs to mind when I’m reading The City Always Wins (that is, if you delete “rough”). Although it is a novel, it is imbued with the contemporary history of Egypt since 2011; a fictionalised account of the lives of the revolutionaries who propelled the so-called Arab Spring.

The opening scenes of the book are set on October 9 2011, the date of the Maspero massacre. One of the protagonists, revolutionary and activist Mariam, who has no official medical training but who follows in her doctor mother’s footsteps by helping out at field hospitals, is in an infirmary piled with dead bodies. It is her job to hold off the grieving relatives of the dead, because it is important that autopsies be conducted to ascertain exactly how the people died — and who killed them.

Maspero is the building that houses Egypt’s state broadcaster and was the destination of a peaceful march by Copts who were initially demonstrating against the destruction of a church. Like much of Egypt’s recent history, what exactly happened next is contested, but the nonpropaganda version is firm in its assertion that the 24 protesters who were shot and killed — and the hundreds who were injured — were attacked by the army and security forces.

It’s significant that this novel of the revolution begins with Maspero, rather than during the protests in Tahrir Square which began on January 25 2011. The world’s eyes were trained on Egypt during that time; ever since, it feels as if global attention has slowly, surely and inevitably dissipated. But for the revolutionaries, those 18 days were just the beginning of a battle against the regime — in its changing incarnations — that continues to this day.

Hamilton’s novel has three parts, titled: “Tomorrow”, “Today” and “Yesterday”. Yet the book has a broadly linear chronological structure, notwithstanding its use of flashbacks. How does this make sense; how does tomorrow arrive before yesterday? These timestamps are less about events than the attitude of the revolutionaries.

In “Tomorrow”, despite the setbacks and disappointments of the months since Tahrir Square, there is still hope amid the horror. “The revolution is unstoppable,” say the activists and journalists documenting the crackdown.

But this sense of optimism despite adversity begins to fray in “Today”. The characters are no longer able to focus on dreaming of and building a better future for themselves and their fellow Egyptians. Instead they must battle new and old enemies alike — the Muslim Brotherhood, the army and the police — in protests against the new Constitution, which allows for torture; demonstrations against the draconian new protest laws; and the sit-in in support of recently elected President Mohamed Morsi (of the Muslim Brotherhood) at Rabaa Square. All their energy is focused on the present, on simply getting through today.

The Rabaa Massacre in August 2013 — in which hundreds, if not thousands, of protesters were killed and during which Morsi was deposed in a coup — was orchestrated by a certain General Abdel Fattah el-Sisi, none other than the incumbent Egyptian president. “The gunfire draws closer. This is the end. No one is coming, no one is stopping this, no one is saving us. They are coming, the guns and the trucks are coming.”

The third part of the book, “Yesterday”, features the characters coming to terms with the aftermath of the revolution and the massacres that followed, all while attempting to deal with the ongoing atrocities as their comrades and colleagues are targeted by the military — arrested on trumped-up charges, thrown in jail, tortured.

I realise now, as I’m writing about The City Always Wins, that I’ve fallen into the trap of cataloguing events in post-revolutionary Egypt, the set pieces of the continuing struggle, rather than engaging with the personal narratives of the characters. 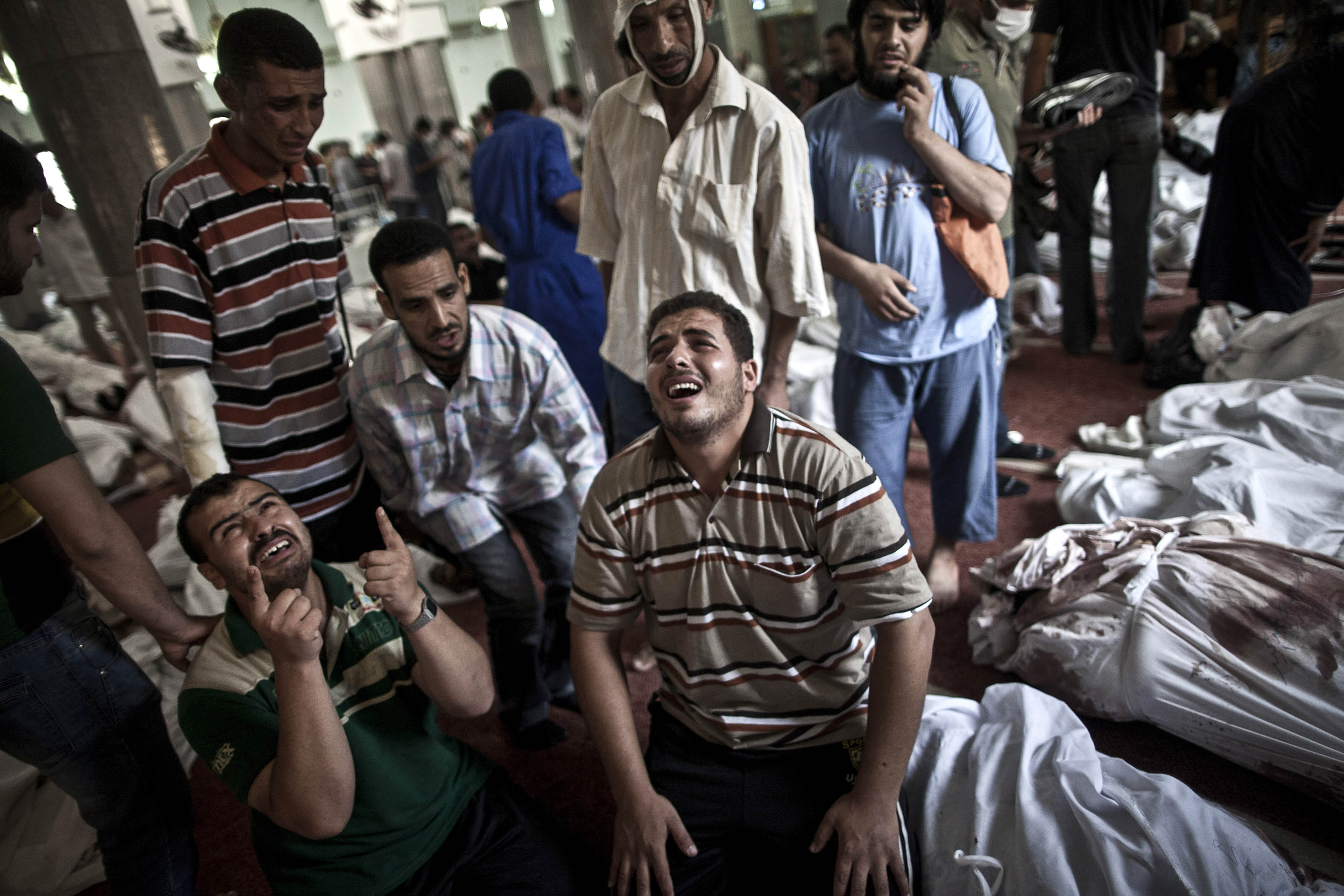 Celebrations were replaced by agony as many were killed in 2013. (Mostafa el-Shemy/Anadolu Agency)

Hamilton himself deftly avoids such a misstep. It’s an ambitious project — chronicling the story of the revolution and its aftermath through the medium of fiction. But it’s this recourse to fiction that brings the events to life in a way straight journalism or even literary nonfiction can’t always achieve: fiction allows the characters the space to feel their emotions and draws the reader into their world.

Mariam, mentioned above, and Khalil, her Egyptian-Palestinian-American boyfriend, are the two main protagonists. They’re supported by a cast of fellow activists and journalists who congregate in the Chaos newsroom, delivering podcasts and stories to the world. Rania, Rosa, Hafez, Ashraf, Nancy and Nadia are some of the characters who pop up repeatedly in the narrative, but this isn’t a novel about individuals, it’s about a collective movement.

It’s in the third part of the novel that the sense of the collective begins to fall apart. The characters have supported each other — and the revolutionary project — through the most arduous circumstances, but there’s a growing sense that it has all been for naught; that Egypt has returned to the “Yesterday” of a military dictatorship. Reflecting on the death of yet another unknown comrade, Khalil muses. “I didn’t know you, but I knew we were together in this, that we have stood together, night after night, regime after regime. We stood together, we failed together. We die apart.”

This sense of alienation is mirrored in how Hamilton structures this third section. The first two parts of the novel bustle with a constant flow of characters and dialogue, driven by the urgency of unfolding events. In comparison, Khalil — who has broken up with Mariam and returned to America — is a lonely, isolated figure in “Yesterday” as he reflects on just what went wrong. “We should’ve taken Maspero” is a constant refrain as he laments the failure of the revolutionary project.

There’s a scene towards the end of the book in which we see real-life characters Alaa Abd-El Fattah and his sister, Sanaa Seif, being let out of prison for a few hours to attend the funeral of their father, human rights lawyer Ahmed Seif. Khalil is back from America for the funeral. “The whole revolution is in this hall,” he thinks. “We cannot afford this loss.” 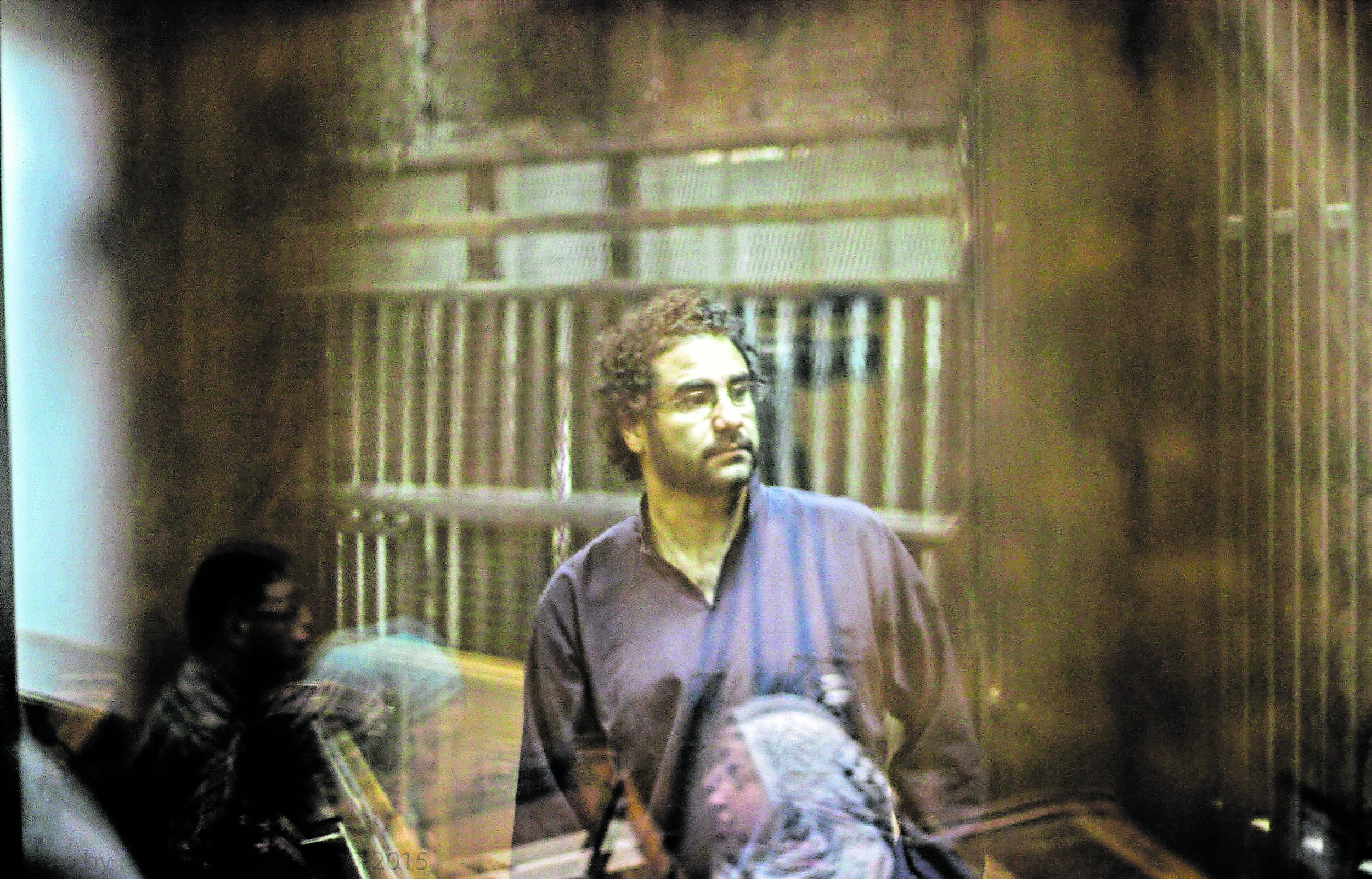 The novel, not a snapshot of the revolution but rather a mosaic in prose form, has ended. In real life, the struggle continues.

Abd El-Fattah remained in jail, serving a five-year sentence, until he was released in March 2019. “Released” is a euphemism though — his parole conditions stated that he had to return to his jail cell every night from 6pm to 6am.

And then, on September 29, as part of a crackdown against activists and journalists, Abd El-Fattah was rearrested. Over the next few days, the total number of political arrests grew to more than 2 200. They included Abd El-Fattah’s lawyer, Mohamed El Baqir, and activist Esraa Abdel Fattah (no relation). Allegedly all of them have been tortured — and they are not the only ones.

Writing for Mada Masr, Yasmine El-Rifae (Hamilton’s wife) describes the last time she saw Abd El-Fattah: “On the day before Alaa’s arrest, in a conversation about attitudes towards traditional therapy, he told me that he didn’t believe, fundamentally, that individuals could really heal on their own. It had to be collective.”

The brutal military regime in Egypt is intent on crushing not just thousands of individuals, some more prominent than others, but the collective spirit and will of the people. In the article quoted above, El-Rifae also writes that, “Alaa’s sister Mona says she has a quarter of the energy, and double the anger of his previous arrest in 2013. The burden that lays ahead of her and the rest of his family is vast.”

It’s difficult to demarcate historical events as they happen. But it feels as if this particular moment might well be the “next time” Hamilton’s characters speak of. Throughout the novel, the phrase “the revolution continues” is hijacked by counter revolutionaries as it is spoken — devoid of irony or laden with it, depending on your perspective — by the mouths of the Muslim Brotherhood, the military and General Sisi. Perhaps nothing as grand as another revolution is possible in Egypt right now. But the collective struggle for bread, freedom and social justice is still there to be fought.