This year’s Opel Astra 1.6 is a confusing car. At half a million rand, it gives a lot of luxury and features such as self-park and lane assist, but there’s a shouty car hidden away behind the restrained bodywork. It just doesn’t ever shout. Which made for a difficult review.

It took me a week before the penny finally dropped. I’d driven out to the Cradle of Humankind — an area northwest of Johannesburg where good tarmac and relentless hills make for good cycling — with my bike packed in the back. (With the seats folded down the vehicle can take a huge amount of luggage for a car that sits at shoulder height).

Road cycling is mostly boring, so you have a lot of time to think. The vexing Astra occupied much of that time on a nearly 40°C day. Its deep bucket seats suck you in so you’re sitting almost on the ground. The 1.6l petrol engine can shove you along with as much urgency as anything else in its price range (the Astra’s competition is the R60 000 more expensive Golf). And, if you press the sports button, the suspension and steering become tighter, heavier and more responsive.

It’s a car that can slam around a racetrack without much fuss.

And it’s the lack of fuss that is so confusing. For that much money — if you’re buying a car tuned to go fast, and get there quickly — you want people to know about it. The test Astra, in a refrigerator-esque white, doesn’t shout. At all.

But I worked it out halfway up one of those hills that doesn’t ever seem to have a crest. A car behind me slowed down for a speed bump and then accelerated back to speed. Each punch of its engine came with a bark as excess petrol got dumped into the engine — the sound built into cars to make sure everyone knows they’re around. An orange Renault followed the noise.

The Astra is the antithesis of this.

With its 1.6l engine and race button, the new Astra is there to give you the power and excitement of a shouty car, with all the refinement of a German family saloon. So I dropped the back seats (which can fit small people comfortably but aren’t good on a long trip with a full car), put the bike back inside and took the long way back home.

Although that need for speed is at the heart of the Astra, it handles long distances without stress. With cruise control on, the car can sit at 120km/h on an uphill at 2 000 rpm, barely exerting itself. Lane assist, follow distance warning and cruise control reduce the stress of driving. 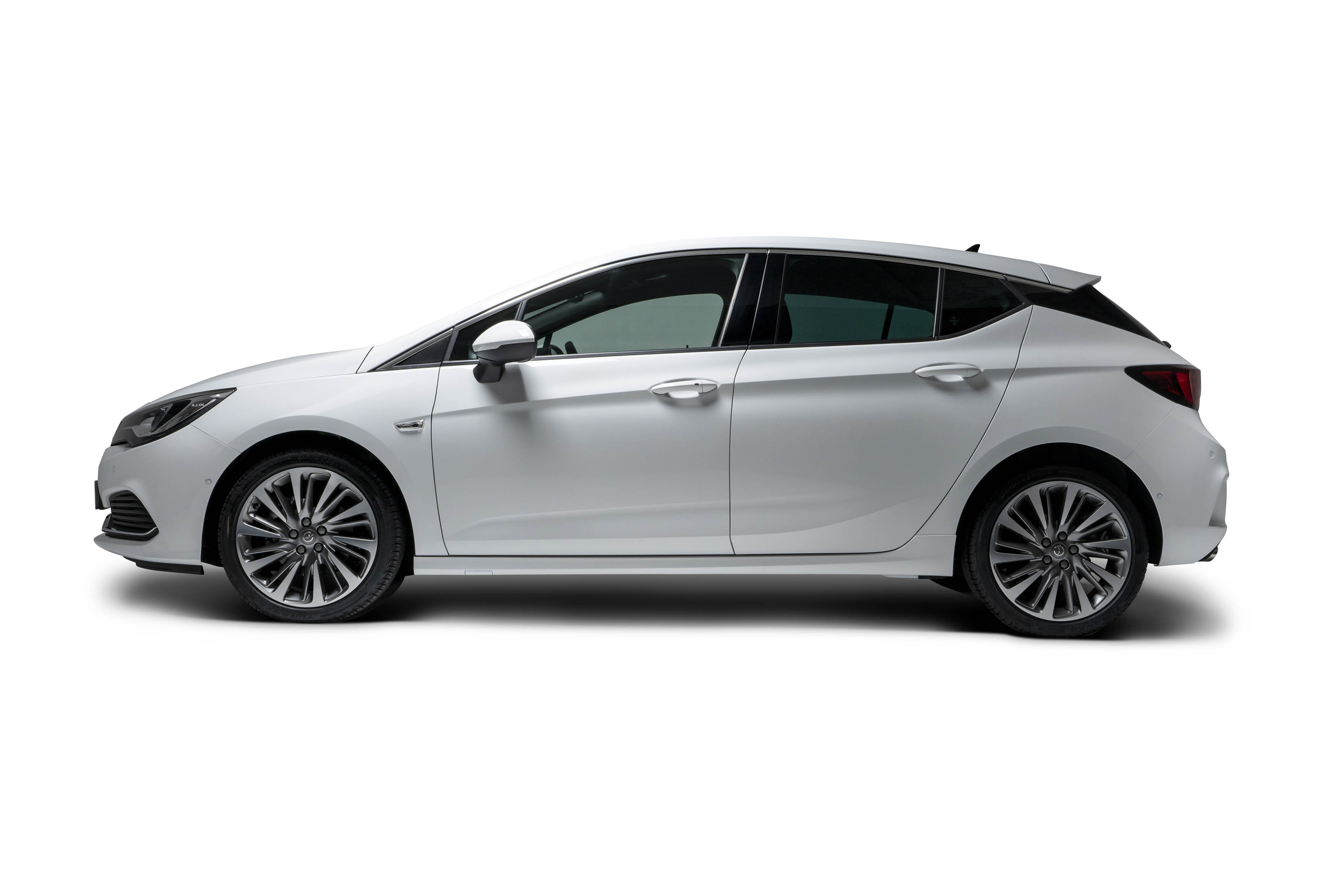 Inside, the Astra is finished with a luxurious mix of leather and solid plastic — not that plastic where you tap it and there’s a cheap, hollow sound.

Each part is refined. The mirrors come with blind spot indicators. Lights illuminate the ground around the boot when you open it at night. There’s cruise control and, rather usefully, a setting for maximum speed so you never exceed the local limit. The car also reads the road around you, so it knows the speed limit and flashes that up on the dashboard.

All the buttons are heavy, clunky and give a satisfactory click when you change settings. Down to the smallest feature, this is a well-finished car. The aircon button, about the size of a R5 coin, shows the temperature.

Then there’s the constant reminder that, in sports mode, the car quickly takes off and does it with ease. The steering wheel is heavy and comes with sporty, white stitching. That stitching runs through the seats and the rest of the car. The metal race pedals also remind you that this car is about pace.

But it does come with a few of the annoyances of a sporty car — think Ford ST. There are two cup holders and no more. The bucket seats come with heating and all sorts of adjustments, but slide along manually. There isn’t anywhere to put keys, or an access card — the centre console has a deep storage bin but that’s for things you wouldn’t want to use.

The seats are also low down, so you feel the hard bumps. Which is a compromise you will have to live with. But that’s the sacrifice you have to make to get a car that gives you top-notch luxury while also being one pedal-push away from sport.