On the corner of Banket and Esselen streets in Hillbrow, Johannesburg, you’ll find a roaring cross-border trade. It’s here that Zimbabweans find cars or vans whose drivers, by arrangement, will come to your house and pick up a bag or box to be transported anywhere in Zimbabwe at an agreed price.

The corner is busiest on holidays and weekends but even when the Mail & Guardian visited the site on a recent weekday there were more than 10 vans and minibuses ready to be packed for the journey across the Beitbridge border.

This may be Hillbrow, but the place is known as malaicha, an Ndebele word meaning the transport of goods. The word malaicha is also used to describe a bag with a tartan pattern, usually used to carry goods going to Zimbabwe or other parts of the continent.

Drivers told the M&G that they leave daily, as soon as they have filled up with goods. Their loads contain everything from groceries to appliances. A small bag costs about R150 to transport, a driver said.

Now there’s an app, Malaicha.com, which aims to revolutionise this operation, dispensing with the need to truck the goods. Customers make their purchases using the app and afterwards receive a reference number which they use to pay for their items at Malaicha.com outlets in Yeoville, Hillbrow, Diepsloot and Braamfontein. 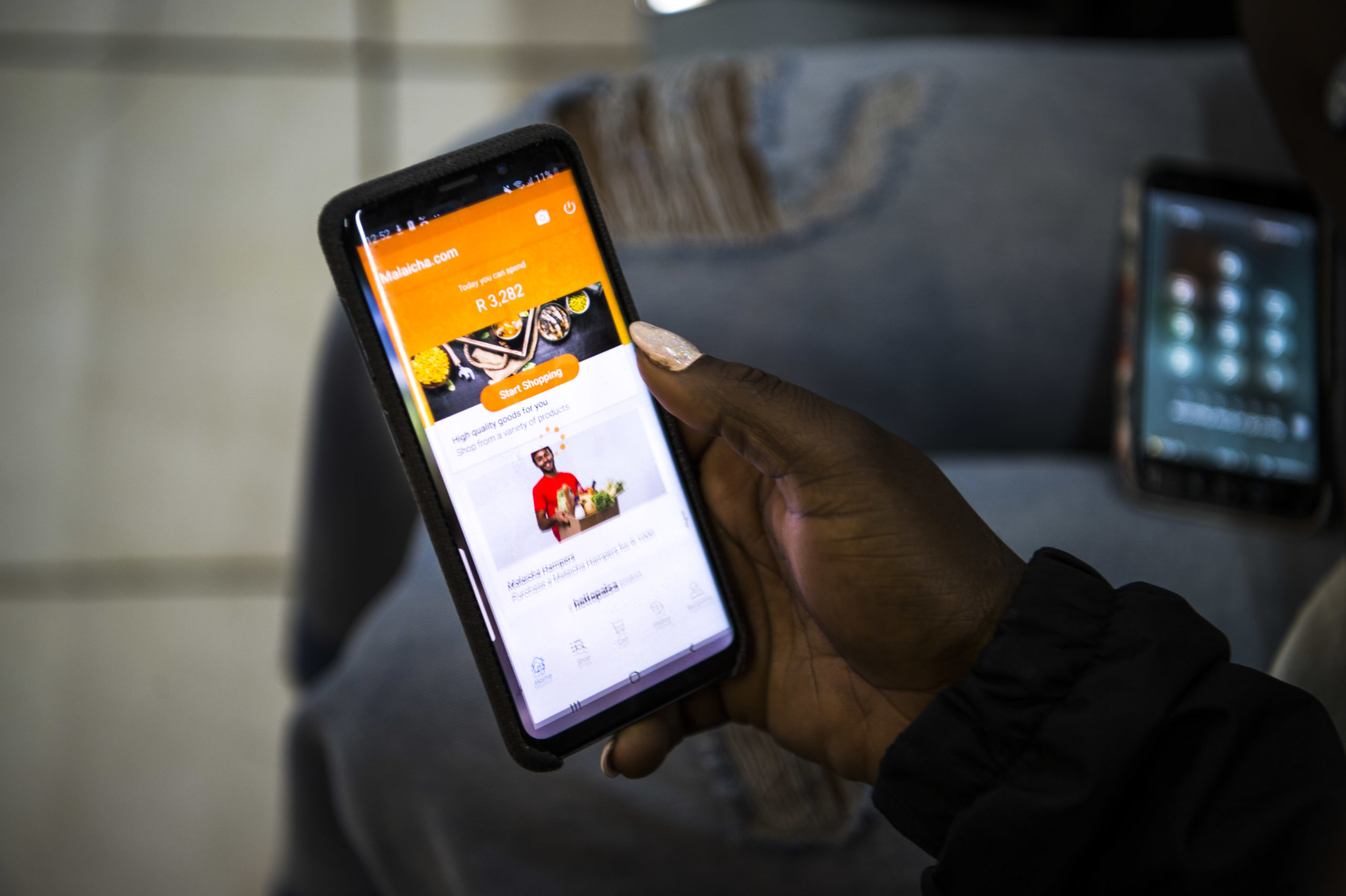 South African retailers such as Checkers, Shoprite, Spar, Game and Boxer can also facilitate the payment.

Once the payment is made the goods can be picked up from outlets in Bulawayo, Harare and Mutare.

The app alerts the beneficiaries in Zimbabwe via an SMS with a reference code to collect the items.

Customers can use any form of identification to register to buy groceries such as maize meal, chicken, pasta and tea. They also name the recipients.

Malaicha.com typically charges a service fee of 15% to 30%. You will be charged R150 to R300, a similar cost to the vehicle transport option.

One Malaicha.com user, Lindiwe Chevure, said she is able to nearly double her spending power because the app means she does not have to transport groceries to Hillbrow and pay for her bags to be transported to her hometown.

“When Malaicha.com started it was almost Easter and I had failed to send groceries home,’’ said Chevure. She said at the time she did not have enough money because every holiday, bus fares and the cost of transporting the luggage increase.

Chevure said using the bus to send her goods home means she has to pay for her bags to be carried closer to the buses in Park Station; pay to tie her bag with tape; pay for the delivery itself; and pay the bus driver. “If it’s a big bag, they charge more and I did not have money,’’ she said.

Chevure said she was approached by a Malaicha.com ambassador who told her about the app. She was sceptical but also desperate, so she tried it. “That day I had about R400 to R500 — and the guy told me with that money I can buy a few things. So I bought rice, cooking oil, macaroni and some biscuits and juice and it was enough, including the service fee,” she said. “I had to buy the basic things that we use for Easter.” 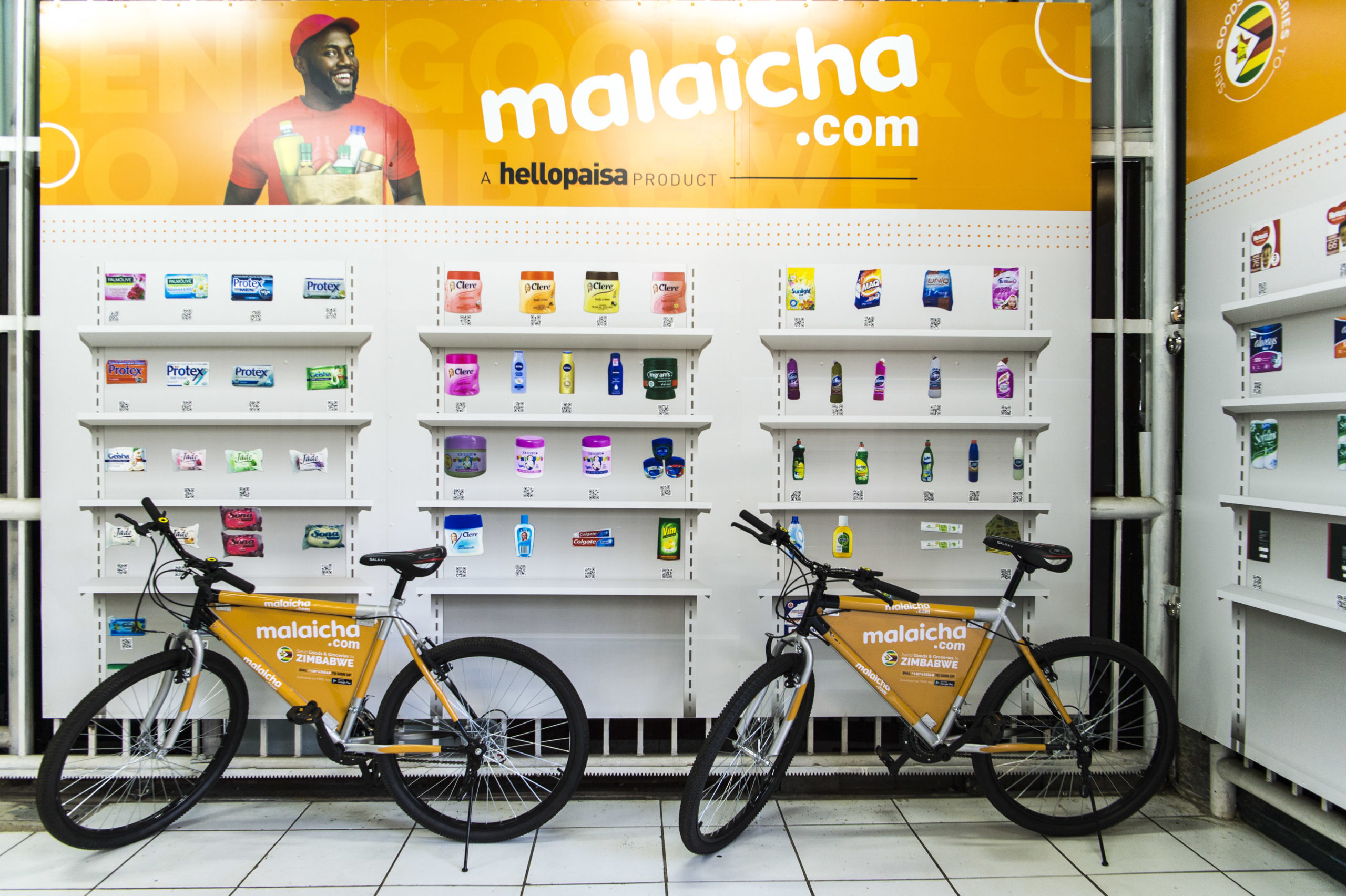 Before she began using the app, Chevure used to buy groceries for at least R1 000 a month and save another R1 000 to send them home to Zimbabwe safely. She said that since using the app, she now spends between R1 500 and R2 000 for everything.

“I am so happy. I hope it stays for long, because things come and things go. It saved us! I can see on Facebook that most people are happy like me. I am stress free; I do not have to call anyone any more,” said Chevure.

As with any shopping app, Malaicha.com has a cart and features categories of available items. Its stock includes both Zimbabwean and South African brands.

The app is the latest innovation by money-transfer-services company Hello Paisa. Like the offline malaichas, it aims to cater to the needs of Zimbabweans who want to provide essentials to their families back home. The app launched in April this year, and now has about 15 000 users.

“Based on constraints in Zimbabwe, such as limited access to groceries and fluctuating exchange rates, Paisa recognised the urgency in the population’s plight and decided to assist,’’ said Moosa Manjra, chief executive of the company.

Manjra said it can be challenging for Zimbabweans to use informal methods to transport goods back home because of potential bus breakdowns, as well as additional fees needed for cross-border bribes.

The malaichas in Hillbrow, who wait in their vehicles next to a pavement piled with goods — from groceries to cement — ready to be driven to Zimbabwe, told the M&G, “We are there to help people; our business is to help people.”

They said the minimum charge for their service is R150, but there are no fixed prices, as the cost will depend on the size of goods.

But being of service to their customers does not come without challenges. The malaichas told the M&G that they face difficulties including the metro cops soliciting bribes or impounding their cars because they are not operating in taxi ranks.

The drivers knew about the app. A Malaicha.com outlet in Hillbrow is situated in Kotze Street, just a one-minute walk away. “They’ve got nothing to lose; they do not support local business,” said one driver. “They are using our name at our place. Why do they not go somewhere else?”

Zimbabwean Prisca Ncube said she has heard of the app but uses malaichas instead. Ncube came to South Africa in 2014 and sends items to her hometown of Bulawayo. She buys groceries worth R1 000 every month and pays R400 for her bag to be delivered. She writes her name and address clearly on the bag so that the malaichas can deliver it to her home.

Peter Sibanda* said he sends his goods to Zimbabwe using the buses in Park Station. Sibanda said he pays the driver R800 and pays additional fees for his bags to be transported. He said he had one incident where his goods went to Bulawayo instead of Harare, but the driver returned them to the right location.

*Not his real name.