The public protector’s former chief operating officer, Basani Baloyi, claims that Busisiwe Mkhwebane lied and acted unconstitutionally and for her own personal ends in a number of crucial and politically sensitive investigations, including one into donations to President Cyril Ramaphosa’s CR17 ANC election campaign in 2017.

According to Baloyi, other investigations that were improperly conducted include those that made findings against Public Enterprises Minister Pravin Gordhan and Water and Sanitation Minister Gugile Nkwinti. These reports are being challenged in court.

Baloyi is in a labour dispute with Mkhwebane and her chief executive (CEO), Vussy Mahlangu, and is demanding to be reinstated as the chief operating officer. In her affidavit Baloyi says she was “purged” because she was an “obstacle to the public protector and CEO using their powers for their own personal advancement”.

“The public protector has used her power for her own ends. She has released reports in order to advantage the CEO. She has improperly prioritised investigations, and ‘played chess’ with the country.”

The public protector’s office said it would be defending the case and “rejects all of the allegations levelled against her as baseless and malicious”. They seek to “feed into the meritless claims and perception that are out there”, said Mkhwebane spokesperson, Oupa Segalwe.

He said Baloyi had never raised any of these issues while she was still employed and was only bringing them up now that she no longer works for the institution and is seemingly aggrieved about that.

“Her court case should be seen as nothing but vindictive vengeance,” and had nothing to do with the issues of performance, which were at the core of her departure from the office of the public protector. Baloyi was on probation, said Segalwe. “At the end of the probation, her employment was not confirmed due to performance and conduct issues. Therefore there was no purge or dismissal.”

The public protector reports about Ramaphosa’s CR17 campaign and allegations that a “rogue” investigative unit had been created at the South African Revenue Service when Gordhan was commissioner are two of the most politically contentious of Mkhwebane’s incumbency. In them, Mkhwebane found that Ramaphosa and Gordhan had breached the Executive Ethics Code. She directed, as remedial action, disciplinary action against Gordhan and that the speaker of the National Assembly demand Ramaphosa disclose the details of all the donations made to the CR17 campaign.

Both reports were challenged in court, in disputes that have become increasingly acrimonious, with the president and Gordhan questioning Mkhwebane’s motives.

Baloyi said both these investigations were handled in a way that was “extremely unusual”.

She said when Bosasa’s Gavin Watson was interviewed, he revealed that he had also donated to the election campaign of Nkosazana Dlamini-Zuma (NDZ), who was running against Ramaphosa. But when it was suggested that the investigation be broadened to include the NDZ campaign, Mkhwebane refused.

To this the public protector said that Watson had subsequently changed his tune and that she had said as much in her report. “Further, Dr Nkosazana Dlamini-Zuma was not a member of the executive at the time of her campaign for ANC presidency. The Executive Members’ Ethics Act is only applicable to members of the executive.”

After their suggestion, external people were brought in to conduct the investigation. “I do not know who these people were as I was entirely excluded from the process,” Baloyi said.

“This was highly unusual … The public protector is sometimes required to rely on external investigators to aid her with reports. But that is only when the skills or capacity are lacking in the office. That was not the case here. There was no legitimate reason why the complaints could not have been investigated through the ordinary process.”

Segalwe said the number of people working on the Bosasa matter was reduced “due to the sensitivities involved”.

“The matter involved the head of state and the information gathered, including bank statements, had to be handled with care. In fact, Ms Baloyi was on a number of times found to have revealed sensitive details of investigations during social gatherings, breaching confidentiality agreements, and was cautioned about that,” said Segalwe.

But Segalwe said there was “no truth to the claims that reports are ‘timed’for release to achieve certain objectives. Reports are only released once they are ready, subject to the dictates of the law such as the Executive Members Ethics Act,” he said. 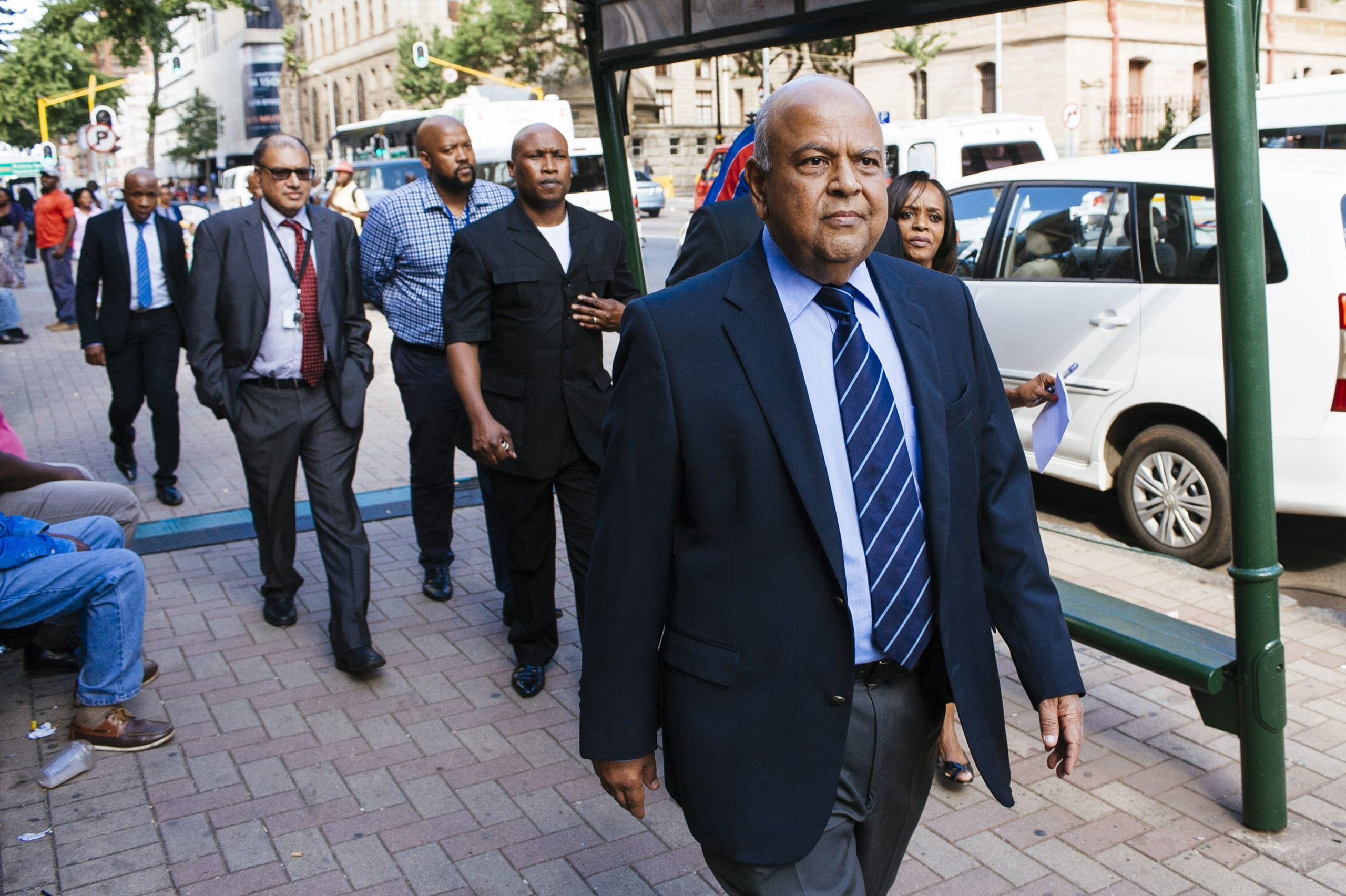 Baloyi said that on May 26 2019 she received a “disturbing” WhatsApp message from the public protector. It read: “COO, I worked with few people to deal with the sabotage of the PG [Pravin Gordhan] camp. The notice is almost ready for rogue [unit], will issue this week and report will also be issued in the manner I will determine. The notice for the president is also ready, will call him this week to discuss the notice. It is not about you but one has to play the chess.”A screenshot of the WhatsApp is attached to the court papers.

“I understood the reference to playing chess … to mean that the public protector was playing a political game,” said Baloyi.

But Segalwe said there was nothing in the WhatsApp to suggest that Mkhwebane was “playing a political game. The text in question was sent at the time when the subject of the investigation was dealing with the public protector through the media. The public protector’s text was therefore referring to countering that.”

The public protector’s report concerning Nkwinti dealt with the 2011 acquisition of the Bekendvlei farm in Limpopo, when he was still minister of rural development and land reform. The leaked report found that he abused his position as minister, which he disputed and went to court to interdict the report.

It then emerged from the court papers that Mahlangu, now the chief executive at the public protector’s office, had been Nkwinti’s director general at the time of acquisition of the farm and had been charged with misconduct and fired.

Baloyi said Mahlangu had sought to interfere in the investigation —in particular to exclude a Deloitte forensic report that had been commissioned by the department before he was fired. She said he “demanded that I exclude reference to theDeloitte report, and other relevant information”. The public protector was aware of the interference, said Baloyi,“because I expressly raised it with her”.

When the Mail & Guardian first reported what had emerged from the Nkwinti court papers, Segalwe said Mkhwebane had considered the potential conflict of interest.

Mkhwebane did not disclose in her report that Mahlangu was now employed by her office because it was not necessary, as there was no conflict, said Segalwe.

The chief executive’s functions are financial, administrative and clerical, he said. “Investigations are at an arm’s length from him and he does not meddle in that space. That work is handled by the chief operating officer to whom all heads of investigations report.”

Baloyi also refers to the claim that Mahlangu never got involved in investigations. “This is a lie,” said Baloyi.

But on Thursday Segalwe said it was not true that the chief executive interfered in investigations.

Mahlangu had nothing to do with the Deloitte report issue, said Segalwe. “In fact, it was the public protector and Ms Baloyi who sat down with the investigator to say that report can be considered but not relied upon word-for-word, which is what the investigator had initially done. The public protector’s approach is always to go to the original source and not rely entirely on another investigation body’s work.”

The Deloitte report itself implicated Nkwinti, he said.