Strauss & Co is pleased to announce details of the theme for its forthcoming Johannesburg sale, due to be held at its Houghton offices on Monday November 11. The summer sale will focus collectors’ attention on the strong influence Paris has exerted on South African art throughout the twentieth century.

“Paris was a beacon for countless South African artists,” says Susie Goodman, an executive director at Strauss & Co. “The first South African artist to study in Paris was Robert Gwelo Goodman, in 1895. The list of local artists who followed in his footsteps is as remarkable as it is long. The top three lots in our upcoming sale are by Alexis Preller, William Kentridge and Penny Siopis, highly acclaimed artists who each spent time in Paris early in their careers.” 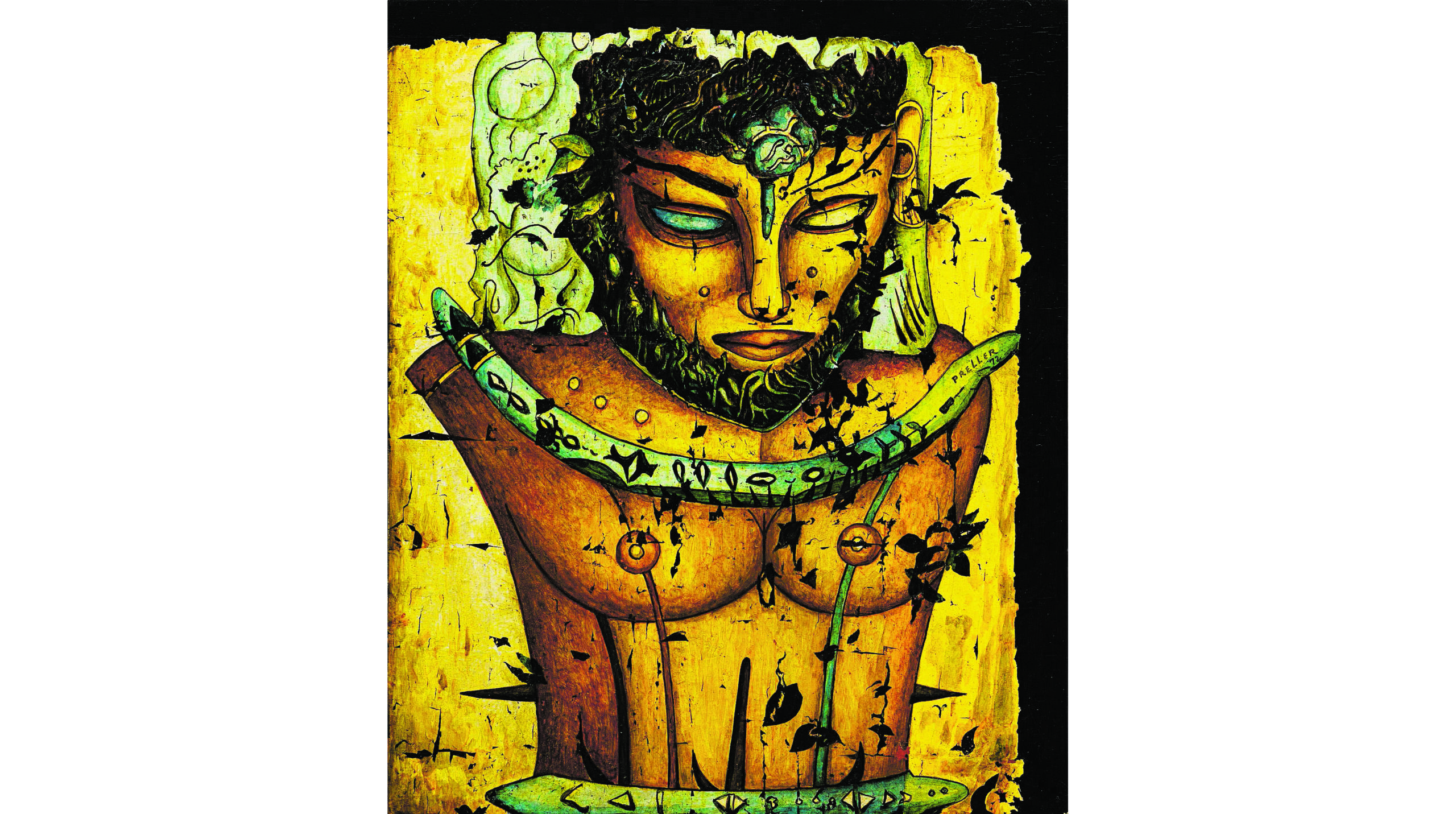 “The Christ-like beard and hair are ambiguously transformed with green and leaf-like tendrils, thus assuming a pagan quality,” notes artist and Preller expert Karel Nel. “The transmuted presence feels more like an icon of Pan, the Greek god of nature, of fertility, the mountains and wilds.”

The November sale includes a 1954 sketch for the upper part of the central panel of the large three-panel All Africa mural, installed at the former Receiver of Revenue (now SARS) offices, Johannesburg (estimate R400 000 to R600 000). Assuredly loose in style, this oil on canvas reveals Preller’s admiration for French Fauvist painter Raoul Dufy, a lifelong friend of painter Othon Friesz.

Preller met Friesz, a teacher at Académie de la Grande Chaumière, in 1937 during his first trip to Paris. Lacking funds to study at his art school, Preller invested his energies in the “tireless examination of the works of modern artists on view in galleries”, according his biographer Esmé Berman. During these expeditions Preller recognised in Paul Gauguin “a guide to the direction he himself might follow”. This influence is evident in Mapogga Wedding (R2-million to R3-million), a 1952 oil depicting a bride and groom set slightly askew, with Gauguinesque figures in the background.

The influence of Paris is also evident in the work of contemporary masters such as William Kentridge and Penny Siopis. In 1981 Kentridge studied mime and theatre at a Paris acting school founded by Jacques Lecoq. A decade later, having decisively returned to making art, he produced the collage Iris, a highly unusual colour work portraying an iris in Vincent van Gogh’s Provençal tones of blue and purple (estimate R3-million to R5-million).

The upcoming sale is an opportunity for collectors and art lovers to explore South African art’s indebtedness to Paris. Artists from various periods are represented in the catalogue, including Ruth Everard Haden, Clément Sénèque and Maud Sumner, who all studied in Paris during the interwar years. Sumner’s Woman Seated at a Mirror (estimate R350 000 to R500 000) is an intimate domestic scene in the style of Pierre Bonnard and Édouard Vuillard.

Postwar painters also feature prominently. They include Erik Laubscher, who studied at the Académie Montmartre under Fernand Léger, as well as Bettie Cilliers-Barnard, Sidney Goldblatt and Anna Vorster, who all studied at the Paris art school founded by cubist painter André Lhote. Standout lots include Laubscher’s School of Paris work from 1956, Abstract Landscape (R250 000 to R300 000) and Cilliers-Barnard’s international style Abstract Composition (estimate R80 000 to R120 000) painted a year later.

Paris was more than simply a workshop for painterly innovation; it provided shelter for dissidents and exiles. Following in the footsteps of pioneering abstract painter Ernest Mancoba, who settled in Paris in 1938, Gerard Sekoto chose to leave apartheid South Africa for the City of Lights a decade later. A highly collectible artist, Sekoto is represented in a wine-coloured composition from 1968, Three Figures (estimate R350 000 to R500 000). 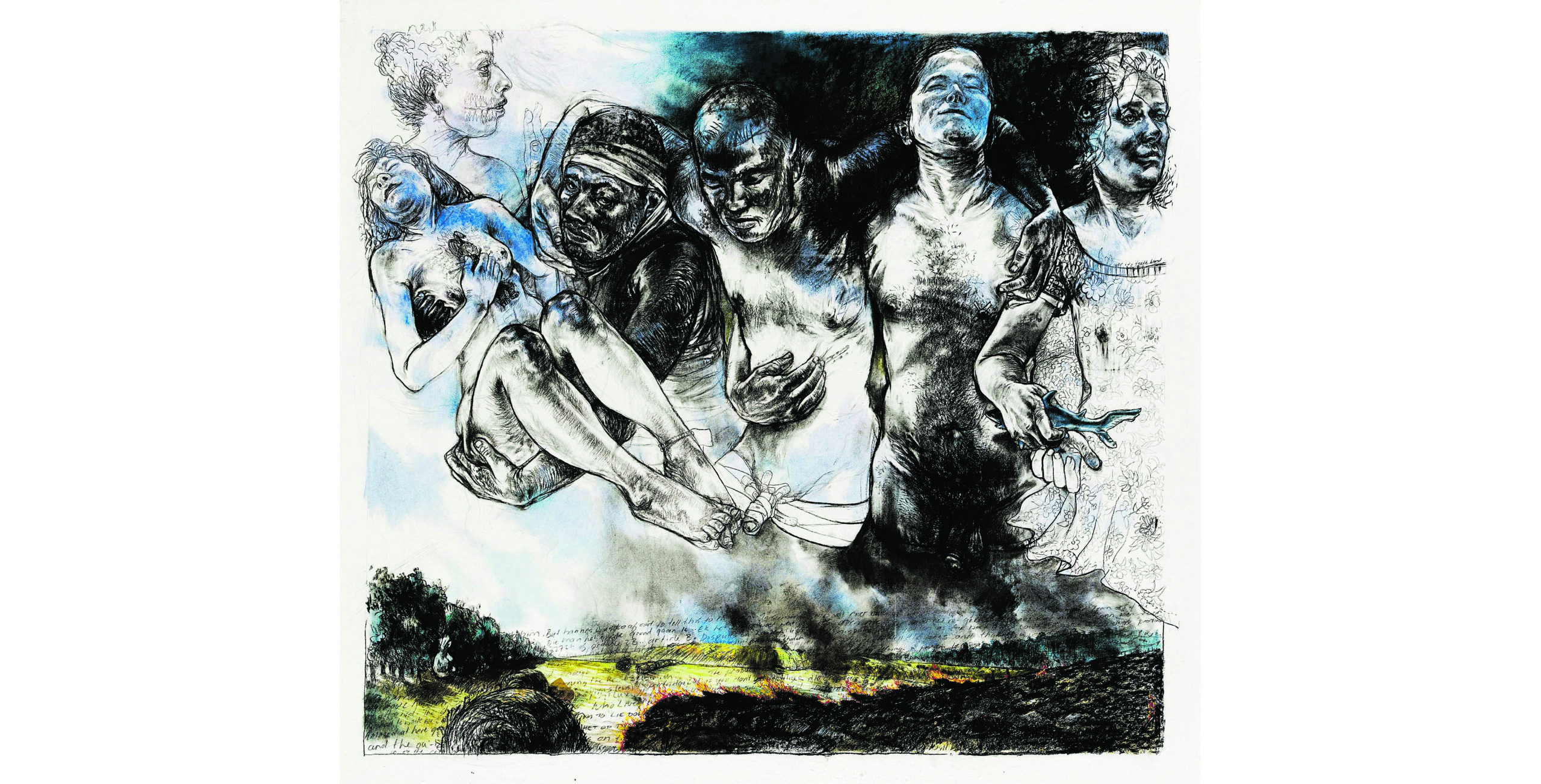 Highlights from the contemporary selection include Diane Victor’s There’s Fire in the Thatch (estimate R300 000 to R500 000), a large charcoal and chalk pastel drawing portraying six figures locked in an embrace, hovering over a burning landscape. Victor won the 1988 Absa l’Atelier Art Competition and — like Siopis — stayed at the Cité Internationale des Arts. During her 10-month residency she produced drawings combining classical references with contemporary social comment and autobiographical detail.

All these works will go under the hammer on Monday, November 11 at Strauss & Co’s new sales and exhibition space at 89 Central Street, Houghton, in Johannesburg. The Paris-themed sale will also include a collection of Edoardo Villa bronze sculptures from the estate of Aldo Carrara, a lifelong friend of the artist, as well as a number of noteworthy landscape scenes by Jacob Hendrik Pierneef.

Strauss & Co will be hosting an extensive programme of public talks and social events in the lead-up to this sale.

Strauss & Co is South Africa’s leading auction house and the global leader in South African art. It was founded in 2009 by a consortium of business leaders and industry experts, including the late auctioneer Stephan Welz, Elisabeth Bradley, Dr Conrad Strauss, Vanessa Phillips, Ann Palmer and Bina Genovese. Frank Kilbourn, a respected entrepreneur, philanthropist and art collector, was appointed executive chairperson in 2016. Strauss & Co has the highest market share among the four leading auction houses specialising in South African art globally. In 2017 the company’s turnover totalled R329-million — a sum unrivalled by any auction house dealing in South African art in a single year. Strauss & Co annually holds five live auctions, three in Cape Town and two in Johannesburg, and up to eight online-only auctions. Strauss & Co was awarded the prestigious Chairman’s Premier Award at the 2018 annual Basa Awards for its sustained and extraordinary commitment to the arts in South Africa. www.strausssart.co.za