The smell is nauseating. The grass has been turned into a faecal marshland yet the cattle drink and trot towards the Vaal River. The Lekwa municipality’s main water treatment plant in Standerton is not functioning, despite millions of rands being pumped into it by the local government and the department of water and sanitation over the past decade.

According to Anthony Turton, who works for the Centre for Environmental Management at the University of the Free State, the pollution downstream of the Vaal River, which includes the Standerton area, means that water must be pumped into the river to dilute the high salt levels. 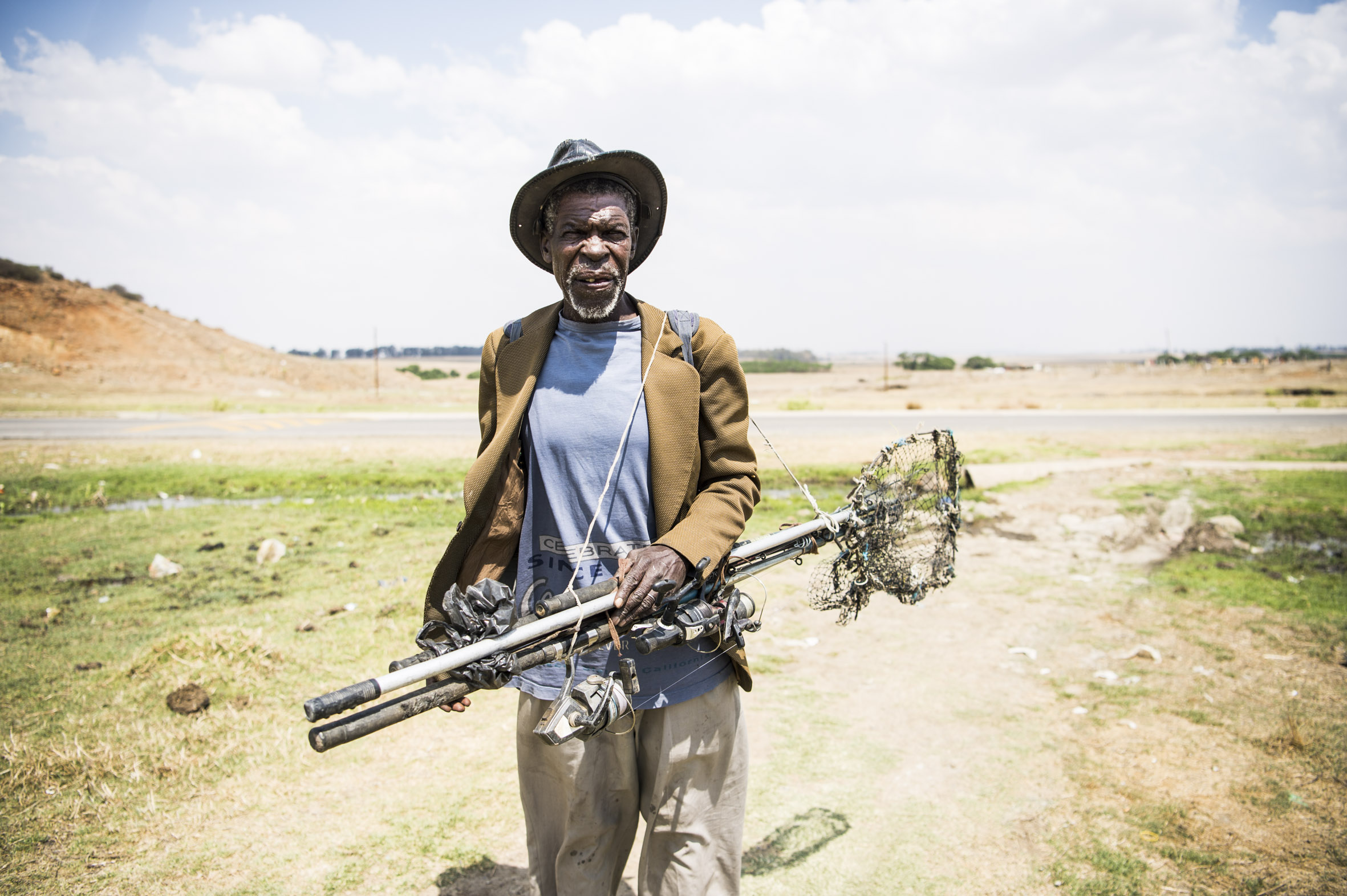 Essentially this means that, as the country battles with drought, more clean water has to be “wasted” by pumping it into a river that has a high pollution level to dilute it so people downstream can use its water.

Last month Rand Water — which supplies Gauteng, parts of Mpumalanga, the North West and the Free State with water — announced level one restrictions due to increased water usage. This at a time when Gauteng is experiencing extremely low rainfall, with Minister of Water and Sanitation Lindiwe Sisulu alerting residents to the need to use water sparingly.

Turton believes that although residents are told to conserve water, the government is the biggest polluter of our water sources such as the Vaal River.

“The state pollutes through its failure to ensure sewage treatment works are functioning. A broken municipality is usually seen by the fact that it cannot maintain its sewerage works and the state is not doing enough to fix this. Right now we are destroying the little water we have left through mismanagement,” said Turton.

The Lekwa municipality has a huge mismanagement problem and has been taken to court by businesses around Standerton for failing to provide clean and sufficient water and electricity. But, according to the municipality’s own payment records from 2011 to the present, which have been analysed by the Mail & Guardian Data Desk, the municipality and the department of water and sanitation has made payments to at least five contractors to fix the water sewerage treatment works. 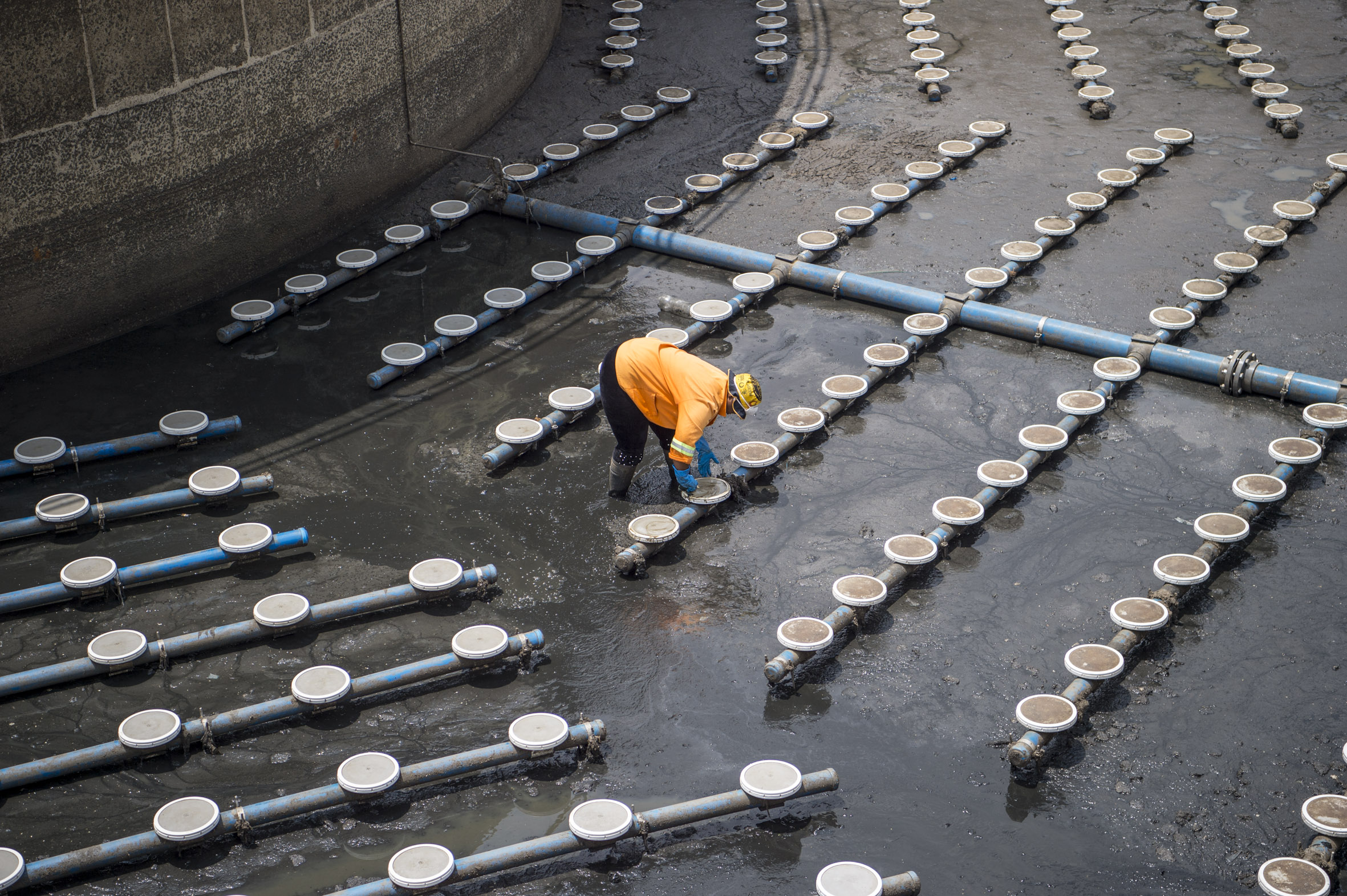 The M&G understands that almost R100-million has been spent on services from Ludonga Contractors, Kipp Consulting Engineers, Nathoo Mbenyane Engineers, Tsa Legae Trading and VDan Construction. Still, as recently as last week, there was sewage running into the Vaal River. The managing director of VDan Construction, Thembinkosi Vilakazi, directed questions to the municipality.

None of the other contracted parties responded to official requests for comment about the work they conducted at the plant and why the river was still polluted despite them being paid.

The department of water and sanitation paid R74 590 084 over a two-year period to Ludonga Construction to work on the sewerage plant. Two former Ludonga workers who did not want to be named said the company was under liquidation and has been so since early last year.

Ludonga director, Thami Kukulela, was contacted but has failed to answer questions about the matter. Based on payment records the company’s last payment was received in November 2016.

The spokesperson for the department of water and sanitation, Sputnik Ratau, and his counterpart at Lekwa municipality, Thobeka Mtshiselwa, both failed to respond to detailed questions sent three weeks ago about the state of the municipality and how money was spent on contractors although sewage still flows into the Vaal River. 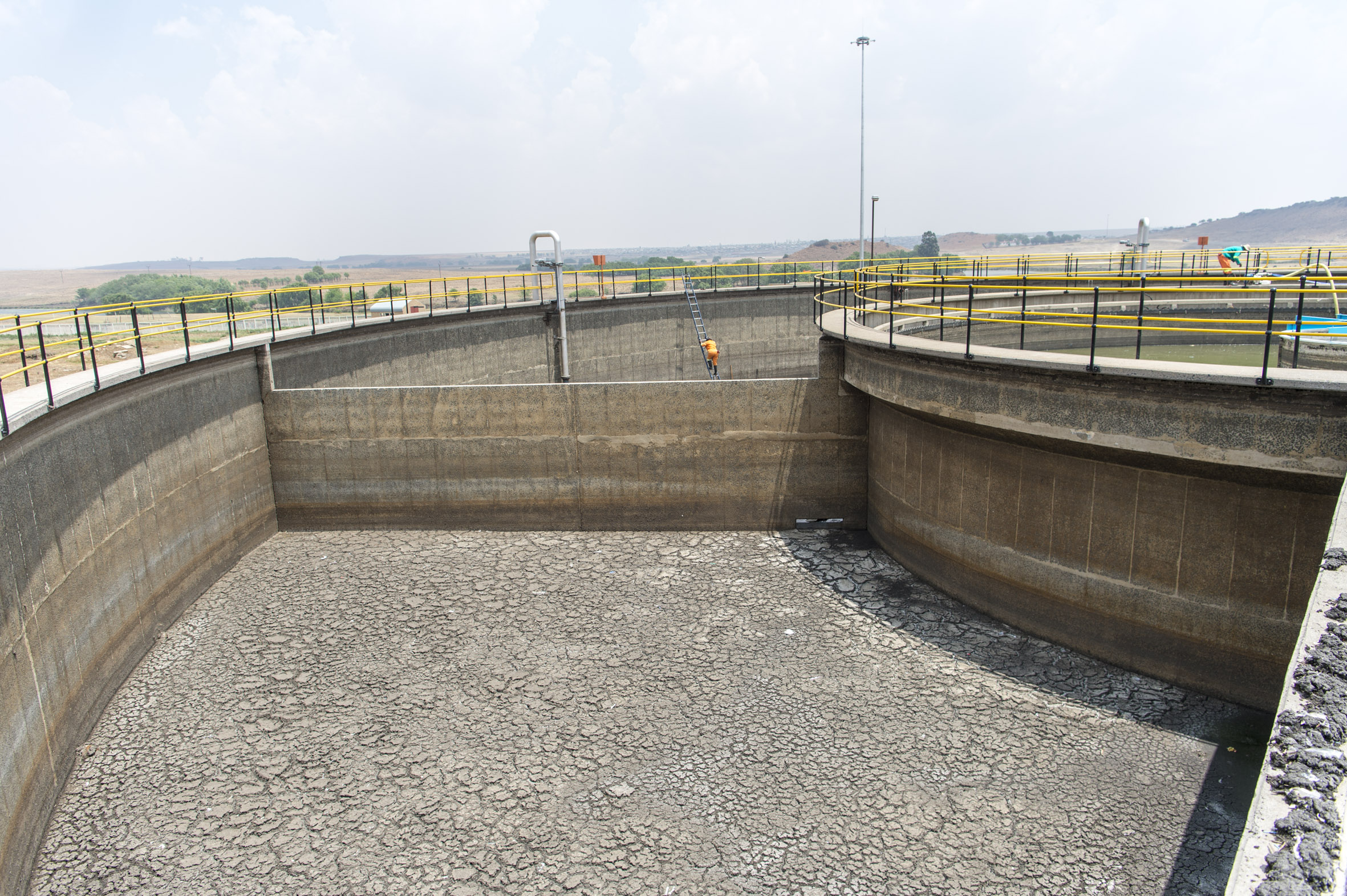 When the M&G visited the sewerage plant last week it was not working. One of the contract workers on site said the plant has not been working for weeks but the sewage still flows into it.

“We are working on fixing it but it’s taking time and the sewerage flowing in has to go somewhere so it goes into the Vaal River when the plant overflows,” he said.

A stone’s throw from the sewerage plant, it reeks of faecal matter. There are patches of marsh created by running sewerage water. Herders sit afar.

Nearby is the Sakhile township where Paulos Masondo walks home carrying his fishing poles. His large hat has seen many suns by the Vaal River, where he used to make a living selling his catch. 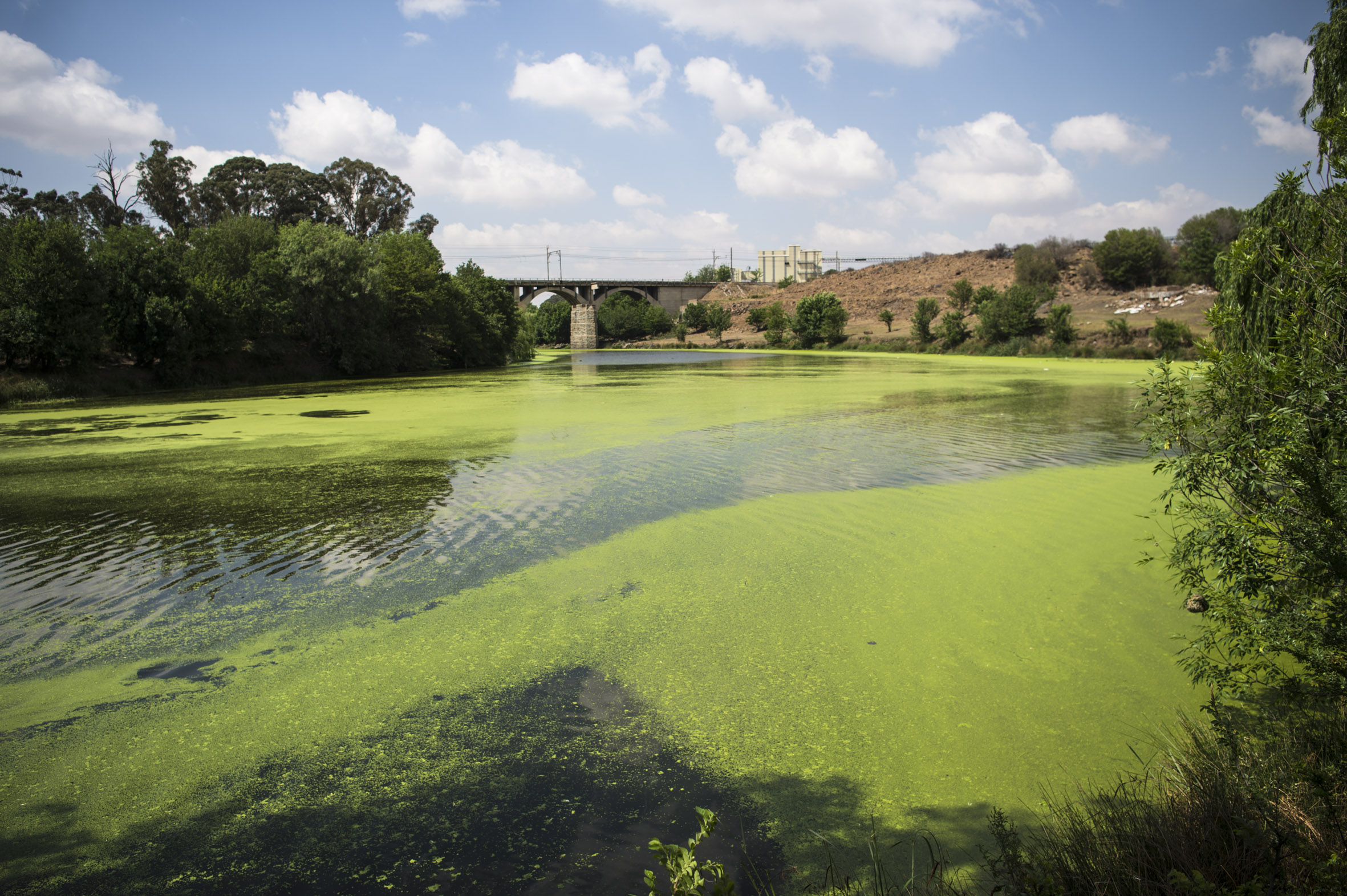 “We didn’t get anything today. We haven’t gotten anything in a very long time. So sometimes I just sit at the river to remind myself of the old times before the dirty pampers and the kak in the river. I go there now and it’s just so dirty but at least I can waste time there instead of loitering in the township,” said Masondo.

The 65-year-old added that when he needs to make money he has to hire someone to drive him to the Grootvlei Dam, about 30km from Standerton, which is where he and many others fish nowadays.

“It’s far so I don’t go there every day. If I did I would spend all the money I make from selling the fish on transport.”

Not far is a primary school where sewerage also flows past into the marsh area and then into the river.

In Standerton town, where traffic lights don’t work, infrastructure looks visibly aged and there potholes on most streets. The state of disrepair does not discriminate.

The Vaal River runs along one of the suburban areas in Standerton called Meyerville. An elderly couple — Fein and Koos Lotter, who have lived here for 13 years — told the M&G that for the past seven years the stench of raw sewage has forced them to stay indoors.

“You can’t sit out here and enjoy a nice breeze or eat because you are constantly smelling this terrible, vile smell. There have been so many people who have come to inspect this place over the past few years. Even the national department was here saying they would bring in people with skills to fix this problem. But still today we live with raw sewage flowing just over there,” says Fein Lotter, pointing to the spillage only a few meters from her home.

Meanwhile, in April, the department of water and sanitation said it would set a further R341-million aside to prevent pollution in the Vaal River by resuscitating wastewater treatment infrastructure in the Vaal Triangle.

*The headline of this article was amended to reflect accurate figures

What else Lekwa spends its money on

The mayor of the Lekwa municipality is Linda Dhlamini. Under his tenure, the sewage flowing into the Vaal River has not abated, even after spending millions. The municipality has also spent millions on private security, accommodation and meat while it reels from debt that has shut down the water supply and landed it in court.

The Mail & Guardian Data Desk has analysed 96 specific payments amounting to about R3.5-million. The records provided to the M&G by a whistleblower in the municipality contained only dates, amounts, reference numbers and the recipients.

After weeks, the municipality’s spokesperson, Thobeka Mtshiselwa, has not responded to questions about why it spent the funds on events and cars while the municipality struggles to maintain basic infrastructure and keep the lights on.

The payment data showed that most payment activities happened last year. This as the municipality’s Eskom debt soared and water provision for residents and businesses was constantly interrupted because of failure to make payments to the department of water and sanitation.

Yet it was during this time that the municipality took on the services of a company called FBI VIP Protection. No records of this company could be traced.

The municipality has made 16 payments to FBI VIP Protection, to the tune of R1 267 462, the largest tranche of which were made in 2018. The municipality appears to have bought a car worth R701 792 in November last year from BMW South Africa — the highest single payment made.

In a comment in a previous article by the M&G, the municipality’s communication officer, Noluthando Nkosi, defended this expenditure.

Mbatha could not provide further details, stating her family was dealing with a bereavement.

As well as events and security the municipality also seems partial to spending taxpayers’ money on travelling and eating out at restaurants, with one outing in particular requiring a single payment of R63 990.

Questionable beneficiaries of the municipality’s spending include two payments, worth a total of R42 324, made to The Best Funeral Society, while R39 466 was paid to Ekaya Promotions. 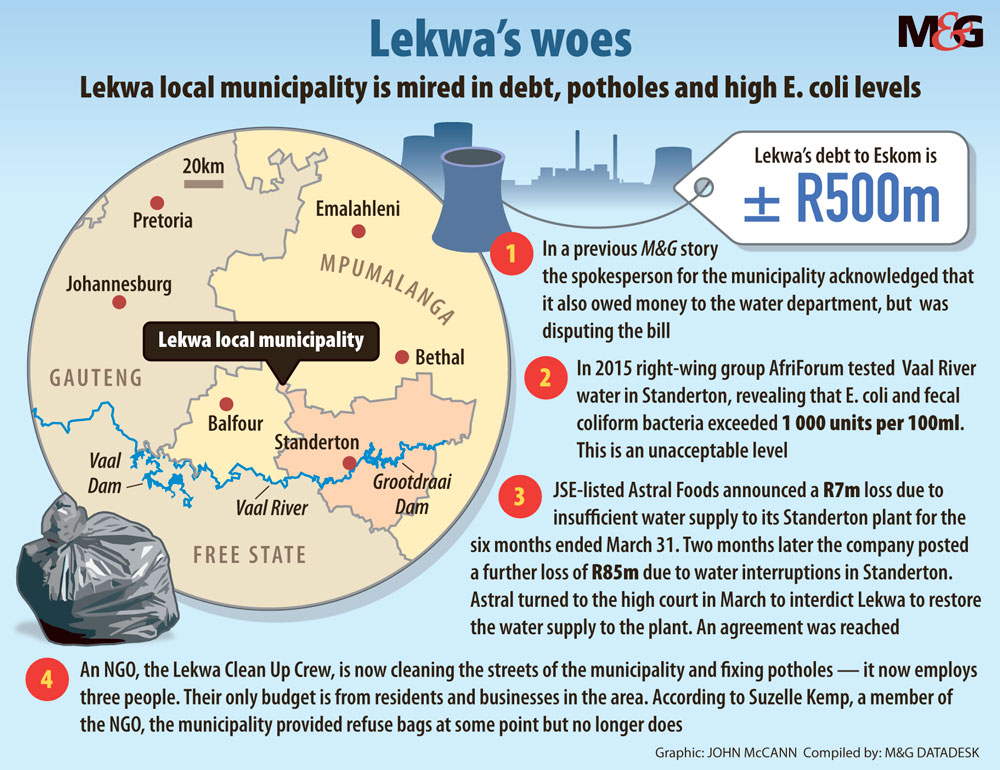