Musician hunted in Kenya, humiliated in South Africa, at home in Canada

Amid the xenophobic violence that swept across Gauteng in early September, Kenyan asylum seeker George Barasa finally got his wish: to find a place where he feels safe and secure.

Barasa’s application to be resettled to Canada was approved and he left South Africa during the two weeks of violence that swept across the province, resulting in at least 12 people being killed. He is now living in Toronto and says it was a “weird feeling … to be treated well”.

“I am in Toronto, where I plan to resurrect my projects that were halted for the last two years I was in South Africa. I also have a chance and opportunity to go back to school, to live and probably find love someday,” he says.

Before he was resettled to Canada, Barasa, who is 28 years old, endured a difficult time in South Africa. He fled his home country in 2017 after becoming the first person to come out as gay and HIV-positive on Kenyan television. Barasa was a prominent musician and singer in Kenya, but being forced to flee saw him place many of his dreams on hold.

The Kenyan authorities issued a warrant of arrest for Barasa as homosexuality is illegal in Kenya. People found guilty of same-sex relations still face up to 14 years in prison under Kenya’s regressive, colonial-era penal code. 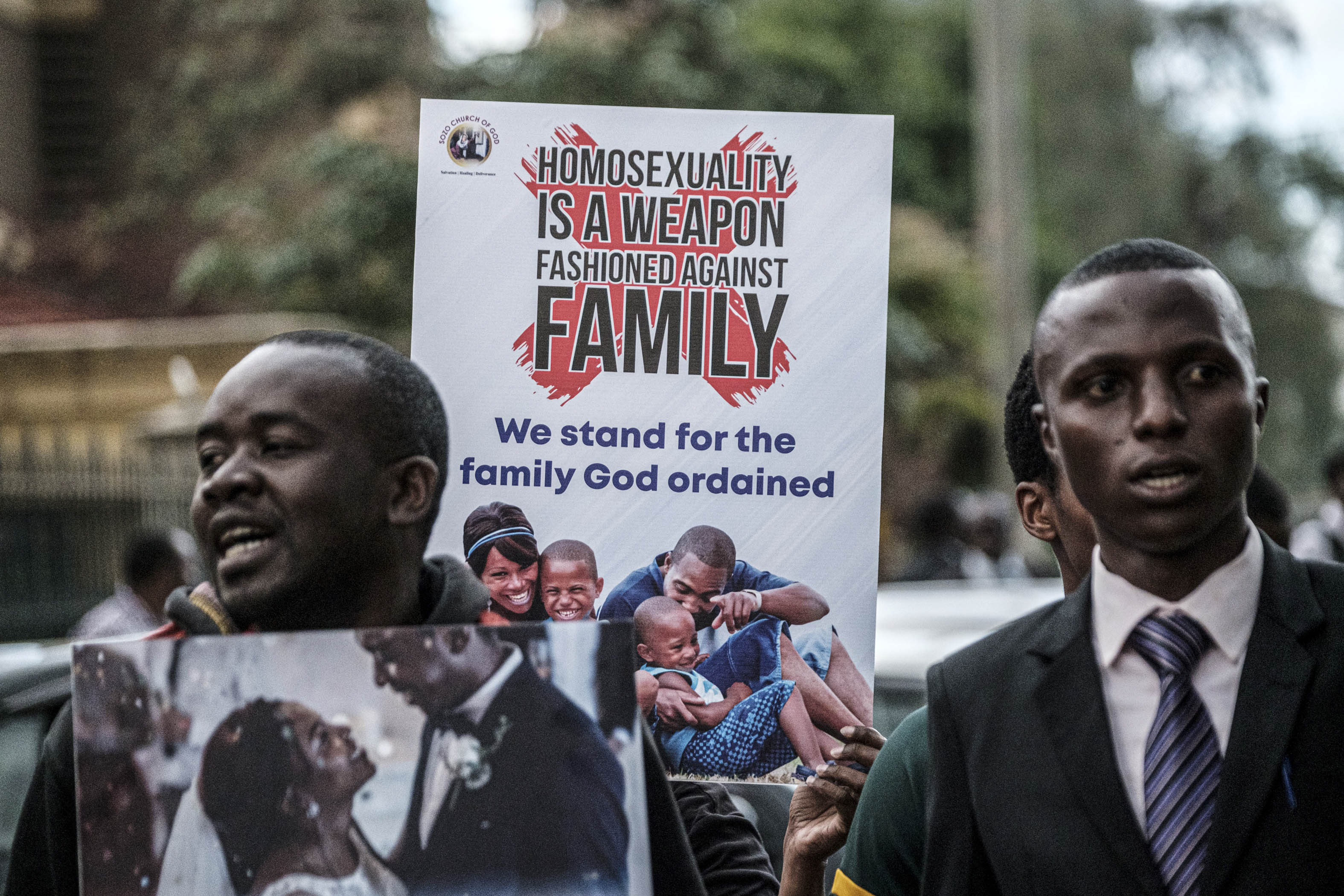 In May, a Kenyan high court ruled that laws targeting LGBTQIA+ people were not unconstitutional. The ruling was widely described as a setback for human rights and a blow to LGBTQIA+ citizens in Kenya.

From the moment he arrived in South Africa and tried to apply for asylum, Barasa was met with resistance and the same level of bigotry that saw him flee his own country.

Officials at the Department of Home Affairs rejected his asylum application.

Barasa said that the refugee status determination officer questioned his sexuality, dismissed his claim that he feared for his life and humiliated him in front of other applicants at the refugee reception office.

Barasa told New Frame previously that department officials “are actually exposing you to everybody. And sometimes they actually parade you [around] and they say ‘this is a gay man from Kenya, he is applying for asylum because he is gay, who else is gay here?’ That’s what they do.”

After his application for asylum was rejected, the refugee status determination officer questioned the legitimacy of many of Barasa’s claims.

It reads further: “Applicant provided evidence attempting to makes fabrication claim looking to be convinced so that it can sort him. He did deliberately so fully aware that the information is presenting to me is not true [sic].”

Barasa dismissed the official’s reasoning as “gibberish”. After numerous humiliating experiences with department officials and an unsuccessful appeal against the rejection of his asylum application, he looked into possible resettlement.

“I have always been this person who is proud and open about my sexuality. So when [the department] asked me to prove [my sexuality] before they can consider that I had actually been attacked … I faced persecution. It made me question every legal system,” he says.

“I now hate any kind of paperwork, especially anything with a questionnaire as it reminds me of the intruding questions that home affairs asked me. So much intimate questions that were not relevant to my application,” he continues.

Barasa hopes he can build a new life for himself in Canada. One wouldn’t blame him if he felt resentment towards South Africa and the officials who dealt with his case, but he says he won’t be filled with anger or hate.

“It is not the first time I have been in run-ins with governments. I was issued with a bounty on my head and a countrywide manhunt [in Kenya]. But in South Africa that was the last shot to make me feel like persona non grata in Africa. Simply because I am gay and I dared to speak about it,” he says.

“So, I have every reason to resent South Africa, but I will not. Rather, now that I have found a home in Canada, I will be interested to engage South Africa in a discussion on some of their policies in regards to LGBTI rights.”

He applied for asylum in Canada earlier in 2019 and was approved for resettlement in August.

“It’s a long process to be resettled. Each case is determined, whether it is urgent, an emergency or a normal resettlement,” he says.

Barasa is one of the estimated 700 refugees and asylum seekers who would have been resettled out of South Africa to another country this year, according to the United Nations High Commissioner for Refugees (UNHCR).

Helene Caux, senior communications officer for the UNHCR’s regional bureau in southern Africa, confirms that the organisation referred Barasa to Canada to apply for asylum and resettlement.

In light of the recent events surrounding refugees and asylum seekers camping out at the UNHCR’s offices in Cape Town and Pretoria, Caux says resettlement is “a very complex process” and largely dependent on international cooperation.

“It is also dependent on places offered by resettlement countries. To put things in context, there are around 26-million refugees and asylum seekers worldwide, and this number is increasing every year,” she says.

“Only up to 1% of the refugee population worldwide will have a chance of being resettled every year,” she adds. “For South Africa, in 2019, we have a quota of 700 places, which is already 75% filled. Resettlement is a very limited option for refugees in South Africa.

“It is reserved for a small number of refugees, undertaken on a case-by-case protection basis, according to criteria determined by resettlement countries.”

Lula Ali Ismaïl’s first feature-length film, Dhalinyaro, was a smash hit in her home country — and beyond
Read more
Friday

South Africa is working towards establishing a publicly-funded universal health service and now, amid the coronavirus pandemic, is the time to implement it
Read more
Sport

They took time, but the International Olympic Committee have finally done the responsible thing and postponed Tokyo 2020
Read more
Advertising
Continue to the category
Coronavirus