Allegations of fraudulent invoices being paid by the State Security Agency (SSA) have allegedly led to state coffers being looted of more than R600-million from a slush fund by officials in the agency and their co-conspirators outside it.

In October, Minister of State Security Ayanda Dlodlo told the National Council of Provinces and the National Assembly that the agency was investigating corrupt networks that had resulted in “serious economic losses to the state through illegal financial flows”. She said the agency had reported these corrupt activities to the Hawks and that it was taking steps internally.

“Approximately 30 individuals, including current and former SSA members, as well as non-SSA members who were complicit in some activities, have been directly and indirectly implicated. Among the individuals were facilitators and beneficiaries, including senior officials. In respect of current members, a total of eight suspensions have been effected and disciplinary procedures are under way,” said Dlodlo.

She told Parliament that these corrupt networks had resulted in “serious economic losses to the state, which affected the operational capability of the organisation to discharge its constitutional mandate”.

It has now emerged that SSA had, in 2018, enlisted the services of Saber Industries — a Chinese technology company — to provide various services which included “[an] Android-based mobile phone device, which is able to perform localised attack of devices through wi-fi, 3G and Bluetooth”, as well as a portable attack platform to launch and gather data, and firewall bypass modification. The contract was worth R30-million and Saber Industries was paid R14.5-million at the commencement of the project, known as “Clarity”.

There are now claims that the company has not been paid the balance of the money but some SSA officials and their co-conspirators have allegedly used fraudulent invoices, which were supposedly from Saber Industries, to loot the slush fund.

In July, Saber enlisted the services of Impepho Emhlophe Risk Managers, owned by controversial businessman Joseph Nkadimeng, who was named as a key character in the setting up of a “war room” to win 2016 municipal election votes for the ANC. The company was appointed by Saber Industries to “assist it with procuring the settlement” of the outstanding R14.5-million.

When the Mail & Guardian approached the SSA to ask whether such a contract existed between the agency and Saber Industries, whether there were “fraudulent invoices” purporting to be from the company, and whether there was indeed more than R600-million siphoned from the state coffers because of the alleged “fraudulent invoices”, acting director general Loyiso Jafta told his media liaison officials that the agency could not comment as this was an “operational matter”.

This was the same answer provided when the M&G asked the SSA whether this contract formed part of the investigations that Dlodlo had briefed Parliament about, as there were allegedly fraudulent invoices used. “The accounting officer declined to comment on the basis that some of the issues raised are of an operational nature,” said SSA spokesperson Mava Scott.

Despite numerous attempts to solicit comment from Chih-Chao Chen and James Chen, the directors of Saber Industries, they refused to speak about the matter. But the M&G has seen correspondence between the company and the SSA regarding an outstanding invoice under the code “2018TEMPEST17 for Project: Clarity.”

Nkadimeng confirmed the appointment of his company and that indeed there had been communication with SSA. “The State Security Agency, which is also investigating its current senior officials in the missing R666-million that was looted fraudulently using Saber’s invoices, has acknowledged the debt. The acting DG Mr Loyiso Jafta has acknowledged the SSA debt due to Saber and had agreed to settle the money before the end of this month,” said Nkadimeng.

The SSA has not been stable for a number of years and has been a playground for factional politics. In December 2018, a high-level review panel established by President Cyril Ramaphosa handed over its findings into allegations of corruption at the agency.

The main objective of the review panel was to assist in ensuring a responsible and accountable national intelligence capability for the country in line with the Constitution and relevant legislation.

In its report the panel, chaired by ANC veteran Sydney Mufamadi, found widespread abuses of state security funds. “The SSA had become a ‘cash cow’ for many inside and outside the agency,” the panel concluded. It also found that several rogue intelligence operations were enacted in the political interests of Zuma and his faction.

The panel recommended increased access to financial information for the auditor general to allow for “unfettered auditing” of the agency’s finances. The panel also recommended “urgent”, sweeping forensic investigations into the breaches of financial and other controls. 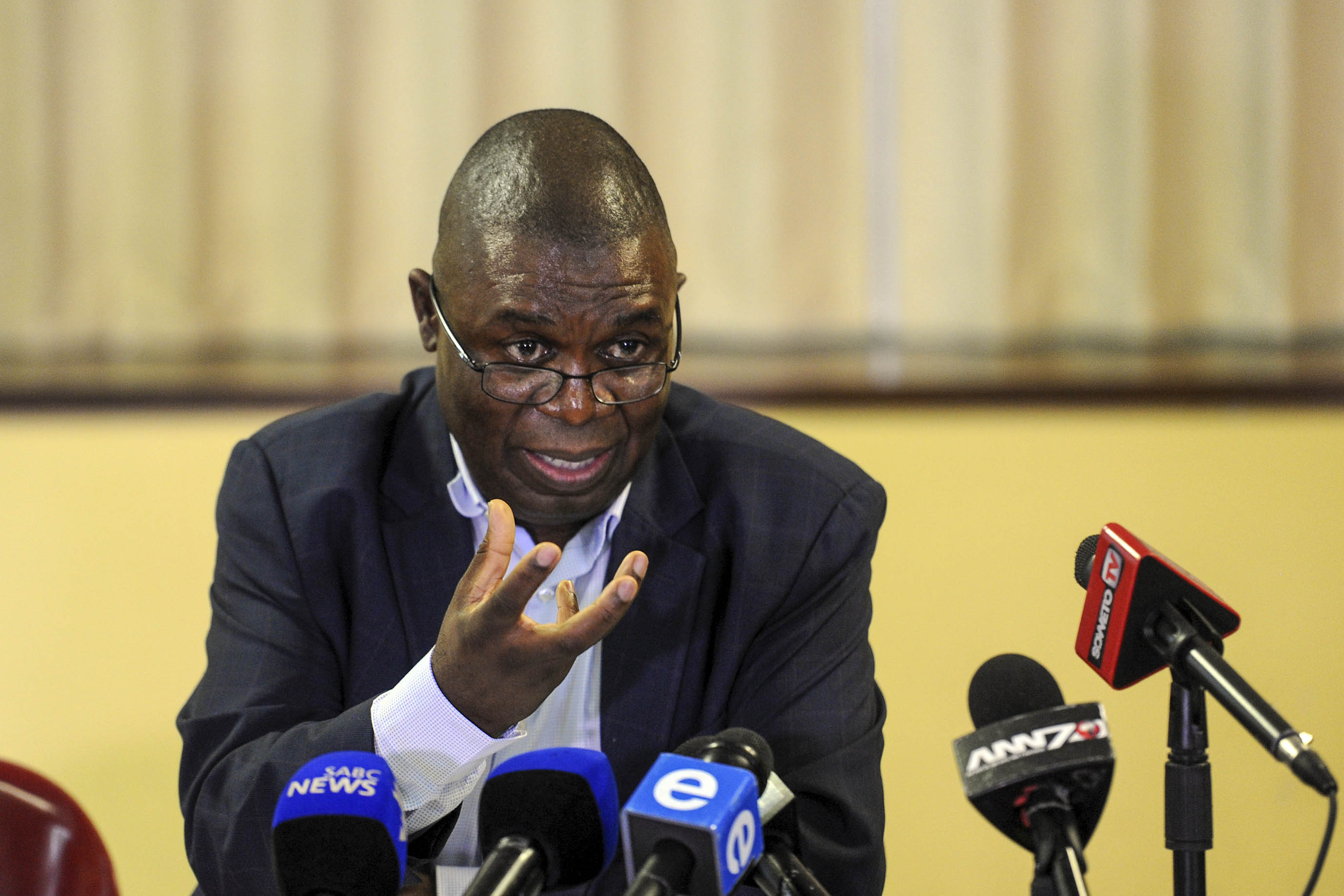 Recently City Press reported on the heightened conflict between Dlodlo and two of her senior colleagues: Jafta, and the head of the domestic branch of the SSA, Mahlodi Muofhe. In an interview with the newspaper Dlodlo said about seven deputy directors general were earning salaries but not doing the work required.

As a result, they had been “displaced” from their posts, with other senior managers having been appointed as acting deputy directors general in their place — costing the state millions of rands. It was reported that tensions were so high at the agency that rumours were being spread that Dlodlo was intent on planning to kill one of the senior officials.