Democratic Alliance parliamentary leader John Steenhuisen is expected to make a clean sweep in the election for the party’s interim leader this weekend.

The DA’s federal council will meet on Sunday to elect an interim federal leader and federal council chairperson following the resignation of Mmusi Maimane and Athol Trollip respectively.

The party will elect a new federal leader in May next year at the DA’s next federal congress.

But this week Madikizela opted to bow out of the race, saying he would rather concentrate on strengthening the party in the province ahead of the 2021 local government elections and continue his work as Western Cape transport and public works MEC.

Two days after his decision to not contest the leadership race, Madikizela and Steenhuisen jointly led a march against gender-based violence in Cape Town’s Mitchells Plain.

The Tafelsig ward in the area was also the site of key campaigning for a critical by-election — the first electoral test for the DA since the resignation of Maimane as party leader.

Steenhuisen said his presence with Madikizela was not a show of support by Madikizela for his DA leadership campaign, but that he was there as the party’s parliamentary leader supporting an important issue.

“I don’t think there is anything to read into that. Bonginkosi is the provincial leader. And I was asked to lend support because we are talking parliamentary action steps on gender-based violence,” he said.

A Steenhuisen victory will consolidate control over the party by former Western Cape premier Helen Zille and her backers, who are likely to move to abolish policies that acknowledge the need to address historical race-based inequality. This includes a formal push for the dumping of broad-based black economic empowerment (B-BEE) at the party’s policy conference.

It is not clear at this point what effect the changes will have on the party’s coalition agreements with the Economic Freedom Fighters at municipal level, although the DA has indicated that it has no intention of dumping its coalition partner ahead of the Johannesburg mayoral election on November 28.

Although Steenhuisen’s victory at this weekend’s federal council is not cast in stone, a close colleague of Gana said the former DA youth leader is unlikely to emerge as the new interim leader.

“We see the voting going the same way as Zille’s election a few weeks ago,” the insider said.

Zille swept to victory as the party’s federal council chairperson a month ago, when she beat Trollip.

He has since resigned as the party’s chairperson, announcing his departure the same day as Maimane quit. 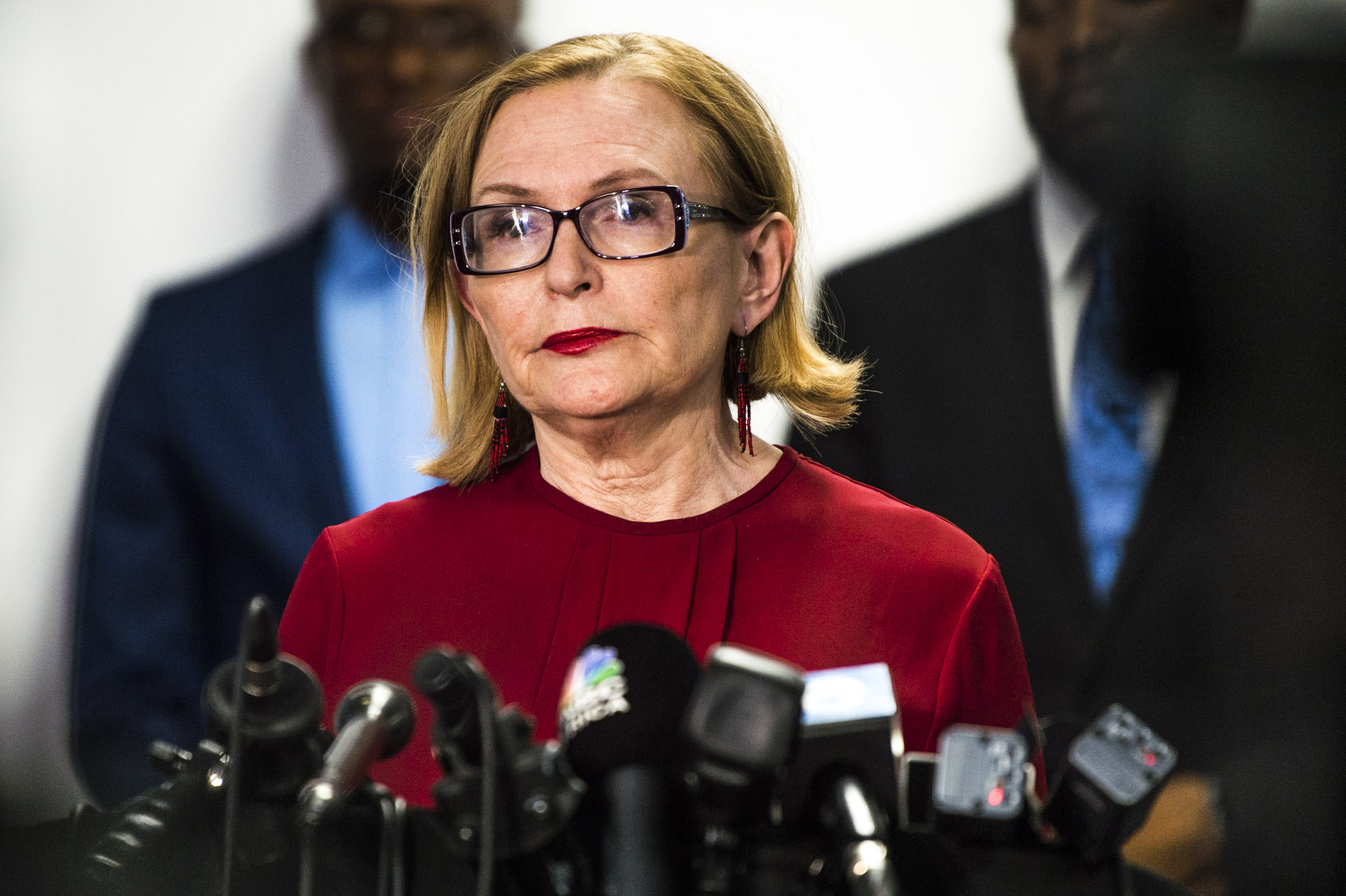 Two other members of the federal executive, who also asked not to be named, said that Steenhuisen was likely to win.

“John has a broad appeal across the party and has a massive profile. He has put in the time over the years and has the backing of people at all levels of the party,” said one. “It will be a massive surprise if he fails to get the majority.”

A second federal executive member said that, although some black members who were still smarting from Maimane’s departure would back Gana, most would back Steenhuisen because of his profile and the fact that he had served with Maimane as chief whip.

“John has a strong public association with Mmusi but also has an appeal to the more conservative side of the party. This makes him a more unifying candidate and a more likely choice,” he said.

Questions have been asked about the unintended consequences Steenhuisen’s likely victory would have on the party’s membership, and whether this would lead to some members leaving.

If elected, Steenhuisen said he would be willing to have a frank discussion with disgruntled members about their future in the party.

“It is not helpful to tell people ‘there is the door’,” he said. “That’s not how you build a professional culture. We have to provide a forum where everybody feels they are being listened to and you are able to build teams together to achieve results … I would say to anybody the DA is stronger together. And we have a better hope of building an alternative for the future of South Africa if we work together. And that is why my campaign slogan is ‘together we can’,” he said.

Steenhuisen seeks to lead by committee. Instead of making all the decisions, he wants the party to reach consensus on important decisions.

“We can’t rely on the say-so of the leader. If you want to be a good leader it’s about building teams and setting a vision. It also means listening to other people’s viewpoints,” he said.

“And I believe if you’re the cleverest person in the room you’re in the wrong room. You need to get the best people on the issue around the table.”

Around that table will be Zille, who, in her new role, will be at the forefront of crafting the DA’s policy.

Steenhuisen appears to have no problem with that. He agrees with Zille that race should not be a proxy for disadvantage and that the ANC government’s BEE policies have negatively affected the economy.

But he insists that he and Zille don’t share the same politics.

He’s interested in rather growing the party by developing activist members, building branches and campaigning to the core of their support base. 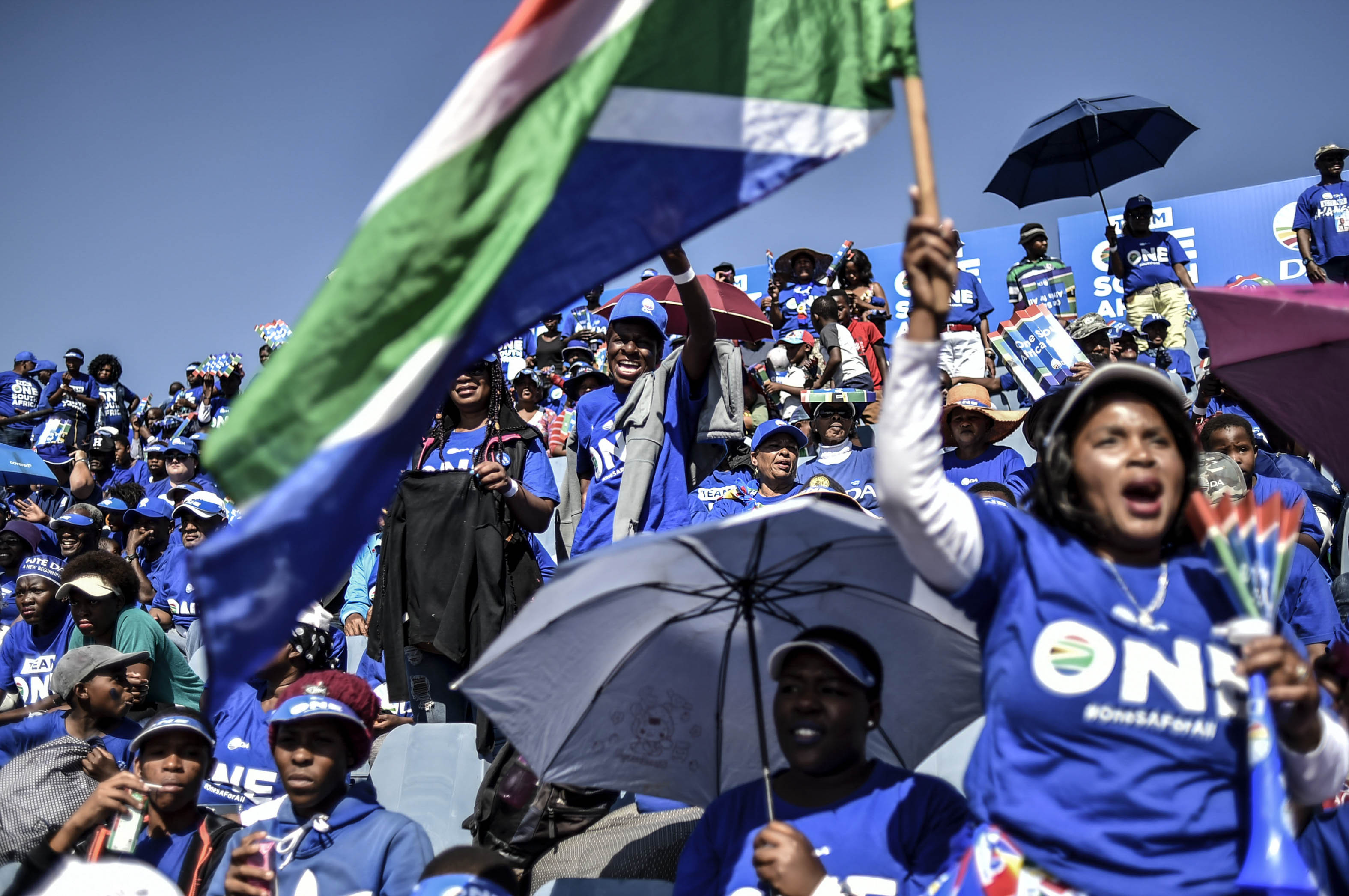 Party in flux: At the heart of the dispute in the Democratic Alliance are policies linked to race-based redress such as black economic empowerment. (Paul Botes/M&G)

On talks of rumours of a new political movement being started by Maimane, Steenhuisen warned that it would be difficult for a new opposition movement to emerge.

“We’ve had situations where leaders have come and gone. The South African political terrain is not that easy — out there it’s tough, particularly opposition politics. We have seen new entrants come, and seen them go. Agang, Cope, have not been able to get the traction. The DA remains the only viable alternative to the ANC’s offer.”

Some DA MPs also say it would be difficult for Maimane to attract current DA office bearers to a new political party just six months after a general election, when they have just become comfortable in their jobs and with their salaries.

A number of people are in the running for the position of the party’s chairperson.

The former senior provincial government bureaucrat turned politician is seen as being strong in administration and policy development.

According to party rules, the federal chairperson deputises for the federal leader if he, she or they are unable to fulfil their roles.