Refiloe Seiboko sat down with ‘Old Man Ebro’ during his Apple Music trip to South Africa, to see what a few minutes of conversation could produce. Apparently, a lot…

Ibrahim “Ebro” Darden is very engaging — and this is right from the minute our conversation begins. His warm demeanour is welcome because by the time we meet, I’ve waited all day, left the venue, come back and sat through guided talks of how to display song lyrics on my iPhone, iMac and Apple TV. I’ve also been informed, in great detail, that Apple Music for Artists, the company’s analytics platform, is coming out of beta and is going to provide access to all stream plays, including algorithmic radio. This is all great news but not really why I’m here.

When my interview with the famed radio DJ and Apple Music’s global editorial head of hip-hop and R&B commences, he’s just had five minutes of recovery after some other media soul picked his brain for their allocated 15 minutes. (Earlier on, he’d also hosted two panel discussions with rappers Shane Eagle and Nasty C.) 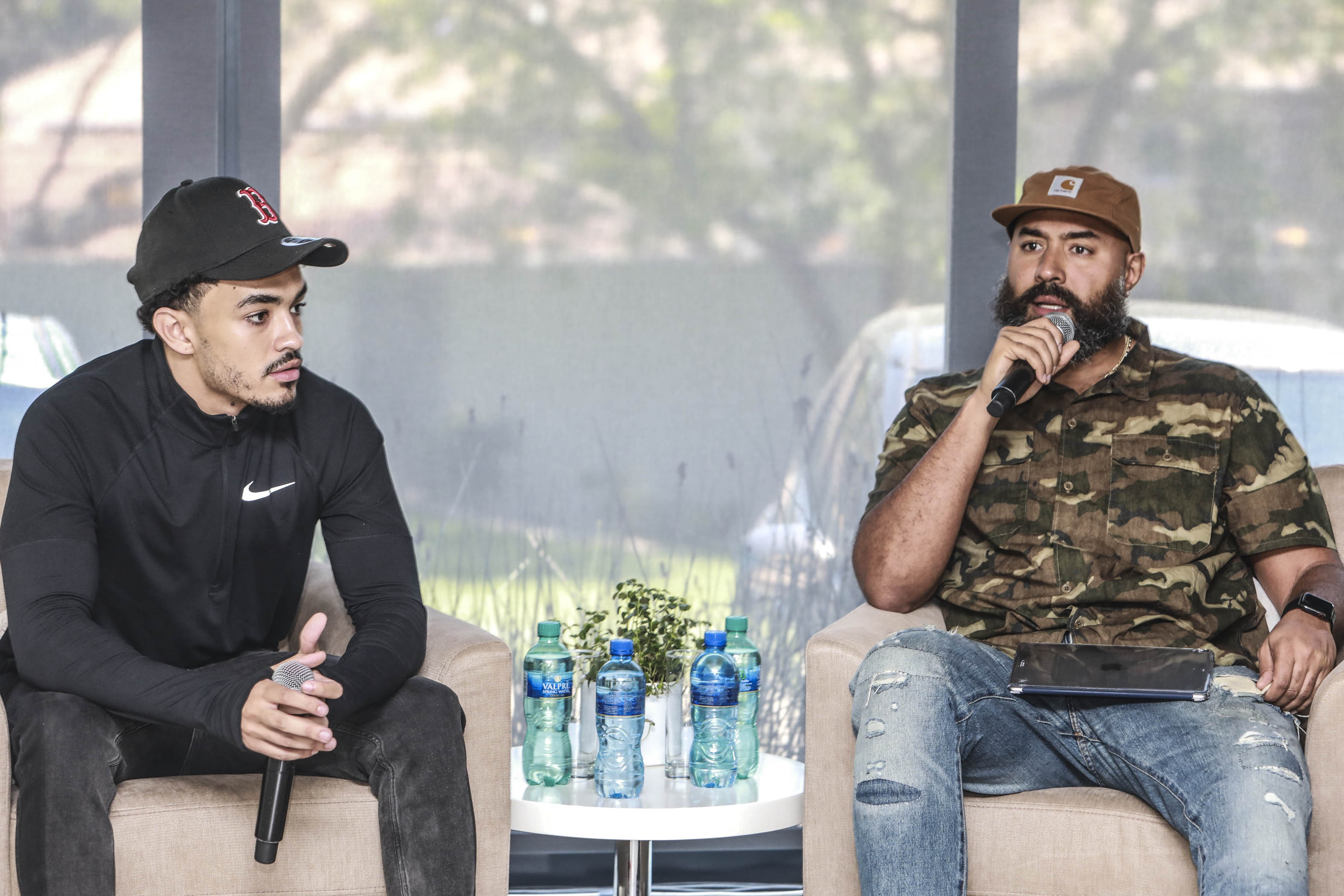 In the proverbial verbal metal detector with the PR team ahead of the interview, I assured them that there was nothing controversial on my list of questions — I mean, how deep can one really go in such a short space of time? Apparently these short-burst interviews are not Ebro’s preference either. “It’s not bad; I’m happy to be able to do it. I just like to have more time,” he tells me. Physically, he’s a tall, burly man and has a strong, gruff voice but during our interview his voice is calm and interested, with not a hint of brashness.

Having watched and heard many of Ebro’s interview-based radio shows, I’m aware that he does like an in-depth conversation. I’m also aware that he enjoys a good argument. And because of how long he has been on the radio and his position in hip-hop music as a commentator (and what some would deem a “gatekeeper”), there are artists and fans who respect him and others who dislike him vehemently. As a self-confessed troll, he seems to thrive off that antagonistic energy.

Ebro communicates his views with passion regardless of how unpopular they are and his Twitter timeline regularly features back-and-forths with fans, haters and bots alike. He evidently doesn’t shy away from heated debates on crucial topics. This can make him either a charming critic or an infuriating “know-it-all”.

I’m not a face-tatted mumble-rapper or a Trump supporter, though, so I don’t anticipate any awkwardness. I introduce myself and Ebro immediately goes into a valiant effort to contort his accent to pronounce my name properly, minus the ubiquitous pained facial expression, too, so already I’m impressed (the bar for American people is unfortunately set very low).

He also wants to know the origin of my name and what “tribe” it comes from, and is visibly excited when I tell him it’s from Lesotho. “Yo! I wanna go to Lesotho!” He knows a little bit of the history, too. “The whole thing is dope. The history’s dope. To learn that Lesotho people and the whole situation of how the tribe migrated and protected themselves, protected their culture from attacks, whether it be tribal or European, is fucking dope.”

Anyone who is familiar with Ebro knows that he is extremely well-read and particularly interested in learning more about Africa. On his first trip to the country, he has learned about different cultural groups in South Africa and names a few he can remember.

Ebro’s only here for a few days and is heading to Cape Town tomorrow. We discuss what this first trip here means for him — he is excited to be here but he also had reservations. “It hurts to come to Africa and see the issues of the coloniser. That incenses us because we wanna have a picture of Africa like ‘Yo, we’re home and boom! We get back home with the people and it’s good.’ And it’s not [that]. It’s good but it ain’t that simple.”

On Apple Music’s platform, Ebro regularly punts new songs in his now-popular “world premieres”, which broadcast to more than 100 countries. I ask him how he sees his role in the company’s African ventures. “I am a fan of music coming from the continent. So I’m really just helping the team that works on music coming from the continent and trying to find ways to introduce it to consumers in North America,” he says.

The challenges of trying to bridge two continents is not lost on him. “The majority of America doesn’t even speak Spanish … So there’s tons of cultural barriers that even Americans in their ignorance are not well-versed on. So I try to focus on introducing what’s going on musically and culturally on the continent to people who are open to learning it and wanting to be part of it.”

Ebro’s early memories of African music or Africanness in music, he tells me, include Fela Kuti, Paul Simon’s Graceland, Bob Marley’s references to African identity and pan-African themes in hip-hop. When I ask him to name five African musicians he currently enjoys he cites Burna Boy, Zlatan, Seun Kuti, Sjava and Yugen Blackrok. But he doesn’t stop there and also mentions Moonchild Sanelly, Busiswa, Samthing Soweto, AKA, Cassper Nyovest and Kwesta. As he’s thinking of more artists I get my “two minutes” signal from PR that I was promised at the start of the interview.

Our conversation has been refreshingly insightful and we’ve spent most of it with our knuckles to our faces talking more sociopolitical and cultural nuances than Apple Music’s innovations. I close with a question about what Ebro thinks about the shift in focus of US companies to Africa in recent years.

“For Apple Music it’s just about music and wherever great music is coming from and where people are consuming it. And the continent of Africa has a lot of amazing music. Music as we know it, modern music on planet Earth and music in general comes from Africa … They as a business are just embracing great art and great culture around the world,” he says.

And with that we thank each other and wrap the interview, much to the relief of the PR team, which has been trying to conclude it.

A second later Ebro asks me where I’m from and we get into a whole other spiel about what he anticipates for the Cape Town leg of his trip, as well as wealth disparities, colonial legacy, government, social programming and how these issues play out in South Africa and the United States. Suffice to say, our conversation was a little longer than 15 minutes, but it whizzed by all the same.