Little has changed in Hammanskraal since the Mail & Guardian last visited the area in August, when residents said the tap water had made them sick. Then, the possibility of a solution seemed real.

Now, with summer temperatures heading towards 40°C, locals still gather in small groups waiting for any sign of a truck delivering water. The taps have water. But nobody knows if it’s safe to drink.

George Masombuka’s makeshift car wash overlooks the intersection where the tankers usually stop for the residents of Kanana, a dusty suburb adjacent to the Apies River in Hammanskraal, north of Pretoria. 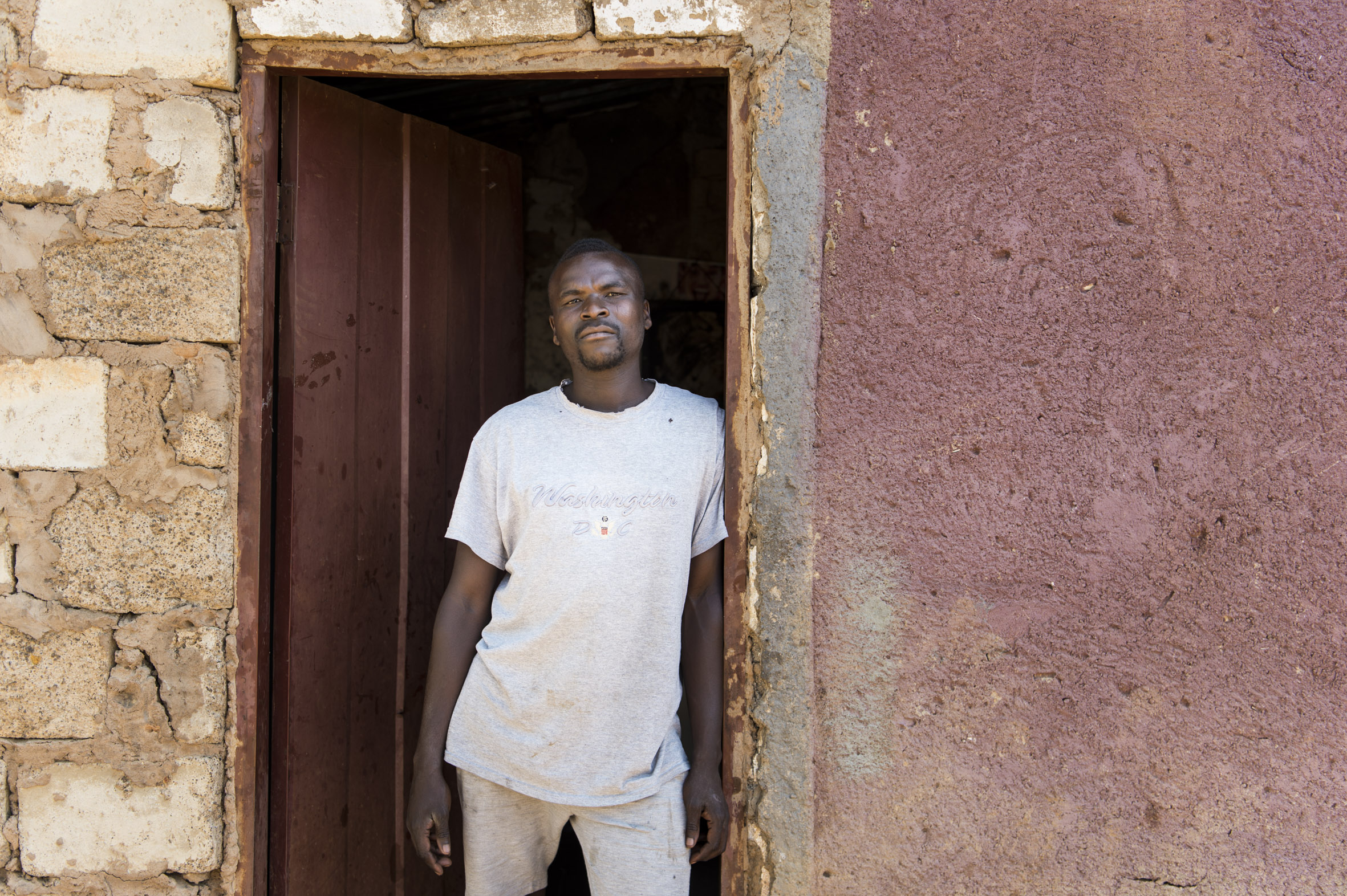 The water in Hammanskraal, where about 21 000 people live, was turned off for two weeks at the end of October because untreated sewage leaked into the town’s water system from Rooiwal, the City of Tshwane’s largest wastewater treatment plant.

With the water back on, residents say they have been left in the dark about when they will finally have access to drinkable water.

And now questions have been raised about the tender to urgently fix the Rooiwal Wastewater Treatment plant and restore clean water to residents after an almost decade-long crisis at the plant.

Papers filed at the Pretoria high court reveal that the urgent refurbishment of the plant — which is at the heart of the water crisis in Hammanskraal — has been put on hold for over a year.

The tender, which was first advertised in June 2018, was finally awarded in September this year. The refurbishments were expected to start in October. But, after multiple extensions to the bidding process, the awarding of the R291.4-million was challenged in court.

An application was brought to the court in September by Bicacon, one of the companies that lost out on the contract. It was dismissed and the company — itself attracting controversy over some of its previous contracts — applied for leave to appeal the ruling. The leave application was also dismissed with costs.

But contained in court papers is a previously undisclosed bid evaluation committee report which reveals that after three extensions the tender was ultimately awarded to a joint venture of three companies — two of which are currently implicated in separate investigations into alleged tender fraud.

‘A matter of life and death’

Rooiwal has been beset by problems, going as far back as 2010. The plant treats 200-million litres of sewage a day before it flows into the Apies River and then the Leeukraal Dam — Hammanskraal’s water source.

The plant has undergone two upgrades since then — one in 2011 and another in 2015. In total, these two upgrades cost the City of Tshwane R338-million.

In October, a power failure at the Pyramid substation resulted in the plant discharging what the city called “partially treated effluent” into the river, which feeds the dam.

Parts of Hammanskraal were left without water. By November 8, water was restored but the city urged residents not to use water for drinking or cooking, as it was still conducting tests to determine the water’s suitability for consumption. Water tankers were dispatched to provide residents with drinking and cooking water.

No further announcements have been made about the state of the water provided to Hammanskraal residents, though water tankers continue to crawl the streets of the small town.

Lindi Ntshona helps run the crèche down the road from Masombuka’s car wash. She says every morning she prays with the children for clean water. 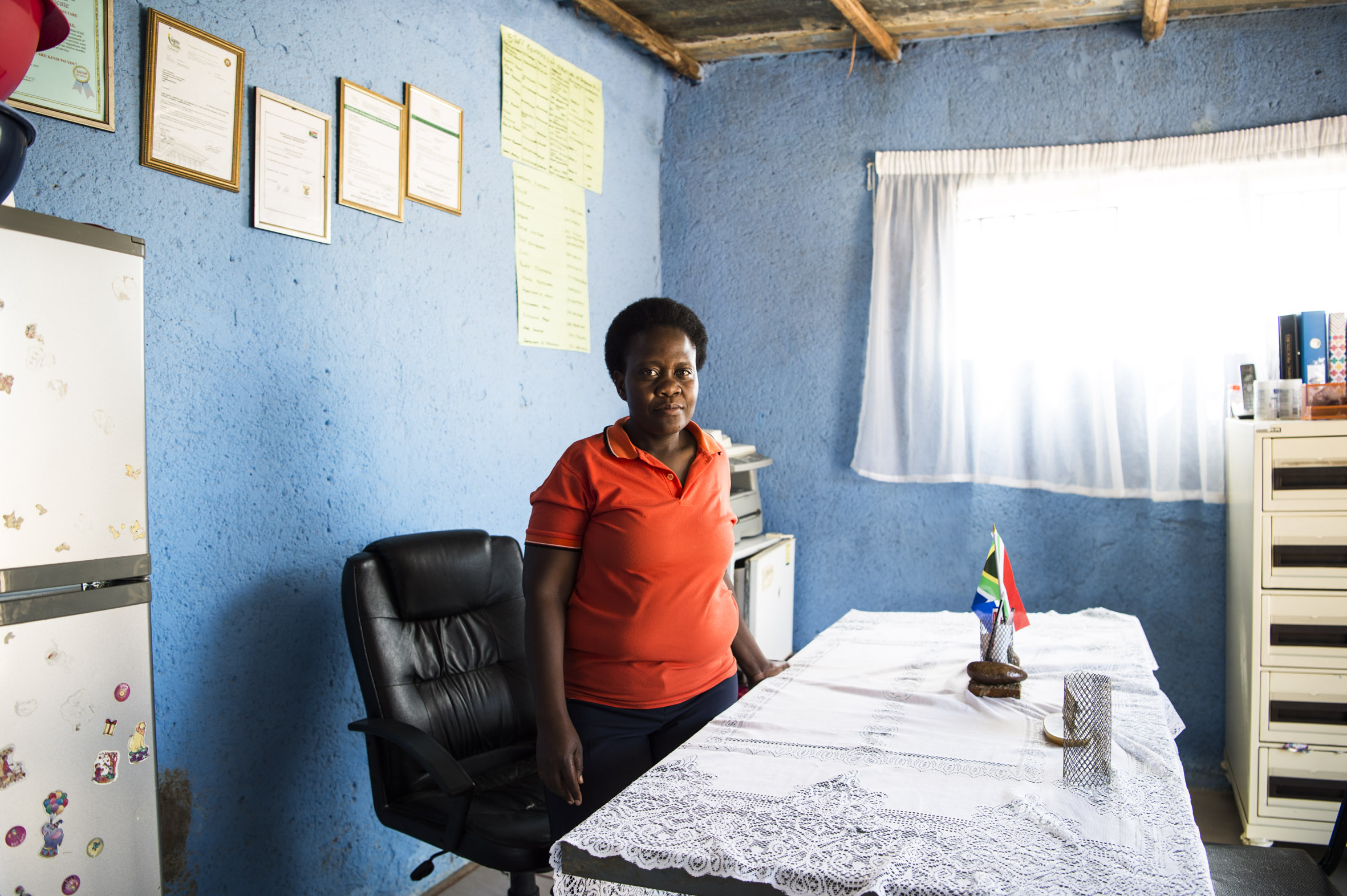 “We wish that they could get us water or make it possible for us to have water at least four times a week, so that the children here in the crèche can drink. Most of the time we struggle when it comes to giving the children water,” Ntshona says, alternating between Setswana and English.

She explains that the workers at the crèche can’t risk giving contaminated water to the children.

In August, the South African Human Rights Commission, based on findings by the Council for Scientific and Industrial Research, declared the water in Hammanskraal unfit for human consumption.

An analysis of samples found traces of E. coli and nitrates in the drinking water supplied to Hammankraal residents. 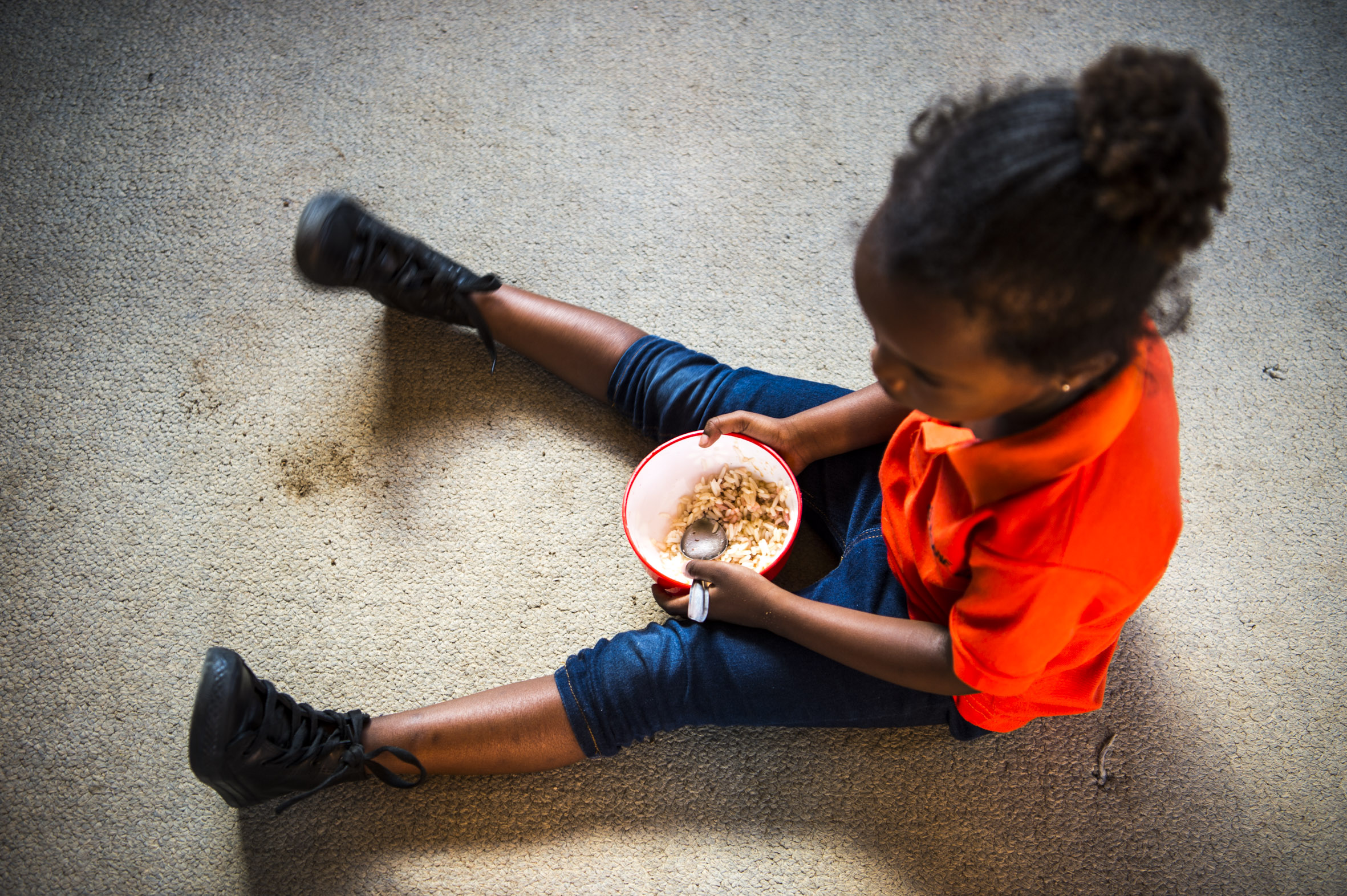 According to the Organisation Undoing Tax Abuse, which conducted its own analysis, drinking the water can result in stomach cramps, diarrhoea, nausea and vomiting.

In September, Parliament’s portfolio committee on human settlements, water and sanitation called the water crisis in Hammanskraal “a matter of life and death”.

The committee’s chairperson, ANC MP Machwene Semenya, said the committee was of the view that there had been a “clear dereliction of duty” on the part of the municipality in its interaction with residents of the city, who have complained about the contaminated drinking water for years.

Ntshona says she is constantly on edge, listening out for the water tankers.

“When it comes, it comes. But when it’s not coming, we just go and buy some water and there is a long queue to get water from that place,” she says, shrinking into her chair.

“It is stressful. But we can’t blame them [the municipality]. This place is too big. So maybe today they are here. Tomorrow they are that side. We don’t know.”

In an affidavit to the Pretoria high court, Bicacon executive chairman Thabiso Lekoana claims the firm received a copy of the City of Tshwane’s bid evaluation committee report for the Rooiwal tender from a “whistle-blower” inside the municipality.

The report shows a joint venture between NJR, CMS Water and Blackhead Consulting beat out seven other companies to win the tender. But, in an earlier affidavit, Lekoana questions the eligibility of the joint venture.

According to Lekoana, only those firms who are registered with the Construction Industry Development Board (CIDB) are eligible to submit tenders.

The bid evaluation committee report indicates that the tender in question is for category 9CE/9ME CIDB registered contractors. Grade 9 contractors are eligible to apply for the highest valued tenders.

Blackhead Consulting is not CIDB registered, Lekoana notes in the affidavit.

In September, the court dismissed this element of Bicacon’s initial application because Blackhead, as a consultant, is not part of the construction element of the joint venture.

Blackhead has worked on a number of projects since it was established in 2004. But the consulting firm became the subject of controversy in 2015, when the Democratic Alliance in the Free State unsuccessfully brought an urgent court application against the provincial

human settlements department to halt payments to it for the eradication of asbestos roofing in the province.

The DA alleged that almost R100-million had been paid to Blackhead despite there being little evidence of “actual goods or services” having been delivered.

In a July proclamation, published in the Government Gazette, President Cyril Ramaphosa announced that the Special Investigating Unit (SIU) would investigate the allegations.

Blackhead and the SIU did not respond to requests for comment at the time of publication.

CMS Water has also recently been the subject of a tender scandal.

In March, the Hawks reportedly conducted a search-and-seizure operation at the Rustenburg local municipality in connection with alleged tender fraud involving the company.

Rustenburg mayor Mpho Khunou revealed in an interview with eNCA that the raid related to an R85-million tender awarded to CMS for the Bospoort Dam construction material in May 2018. Allegedly only R25-million was used for the project.

According to Khunou, the tender was awarded by the Rustenburg Water Services Trust and not the municipality.

North West Hawks spokesperson Tlangelani Rikhotso told the M&G that the matter is still under investigation, but at an advanced stage.

In response to the M&G’s query about the investigation, CMS said, through its lawyers, that the firm was “an innocent bystander” in an issue between the Rustenburg municipality and the water services trust.

The payments to CMS were not irregular, the firm’s lawyers said.

They further noted that the auditor general “has made no finding that fraud was committed, nor does the facts set out in the report indicate that there is any basis upon which fraud can be suspected”.

Blackhead and CMS are not on the national treasury’s restricted supplier list, a database used to ensure that no recommended bidders — or any of their directors — are prohibited from doing business with the public sector.

Spokesperson for the City of Tshwane Lindela Mashigo pointed this out in answers to questions from the M&G.

“All bidders are subjected to a strict and rigorous evaluation process which includes checking them on Central Supplier Database to confirm as to whether they are restricted/blacklisted suppliers or not. Once a bidder is confirmed not be restricted then it gets evaluated further,” Mashigo said in response to allegations against Blackhead and CMS.

“The number of tenders for evaluation and volumes of submissions caused the delay in finalising the tender.”

It is a short, but winding walk between Phumzile Vilikazi’s home and the small farm where Kenana residents buy borehole water for R2 a bucket.

“It has affected us so deeply, so bad. We didn’t expect this. But, anyway, we have no choice,” the 29-year-old says. Her sandals kick up dirt on the way down the path. Hammanskraal has endured weeks of above 30°C heat. 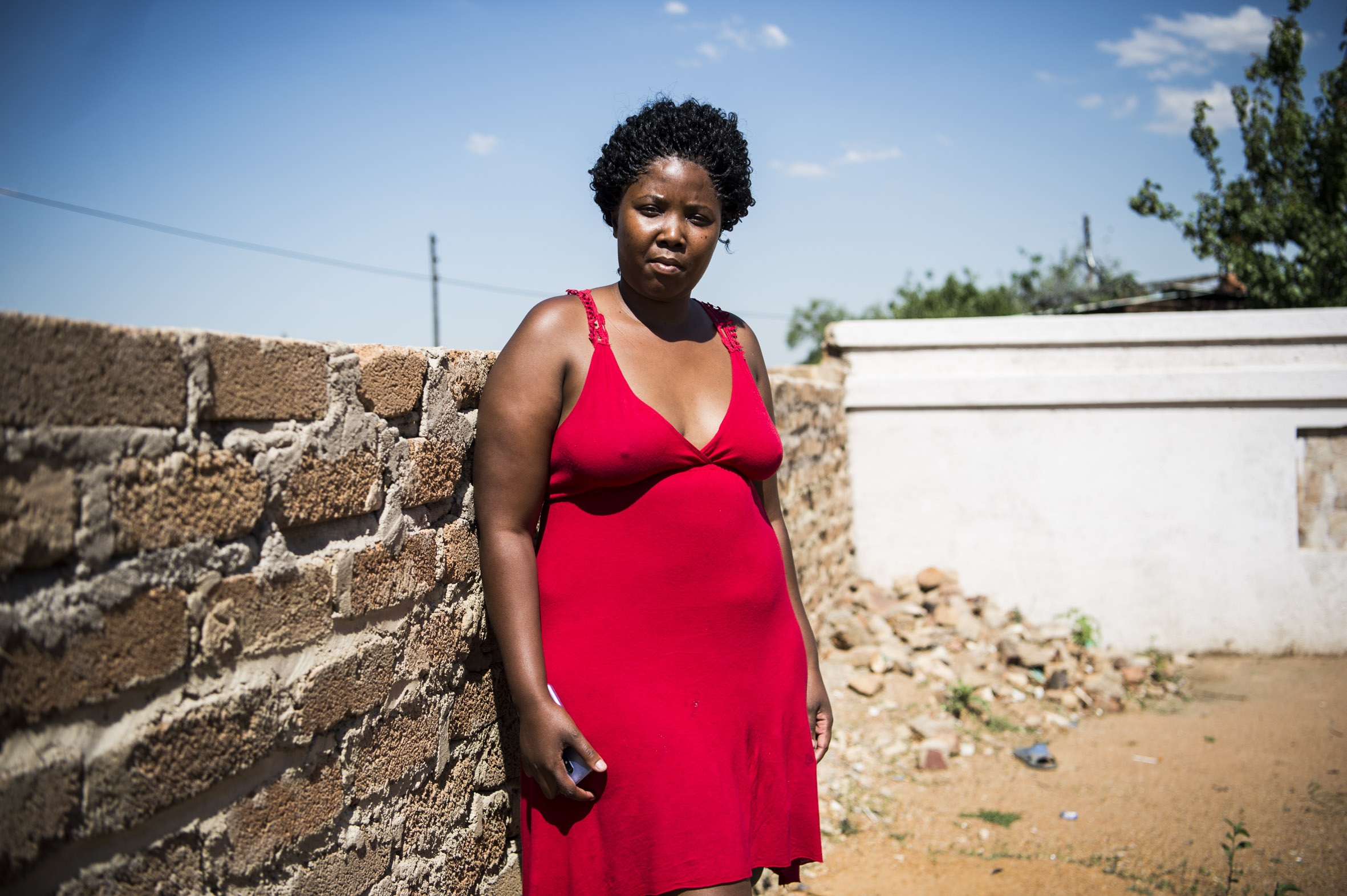 Vilikazi says she usually wakes up at 3am to make the walk to the borehole, a necessity if she wants to avoid the long queues.

Maletsatsi Malifane, who works at the farm, says the owner makes R1 000 a day.

Two children brave the midday heat to cart two large buckets to the borehole in a wheelbarrow.

“If you drink at the tap, you end up at the hospital. So that is why we just end up buying water,” Vilikazi says, adjusting the top of her red dress.

“But you can’t buy water every day for us to drink, to cook. Why should we buy water when there is running water from the taps?”

Vilikazi says she worries that the water issues in Hammanskraal will never be fixed.

“Because if it was just a simple thing, it should have [been] fixed a long time ago. So we feel they haven’t done anything about it, until now,” she says.

“It’s depressing. It’s not fair. It’s not. I am not allowed to drink water from the tap. Like it’s wrong. It’s totally wrong.” — Additional reporting by Malcolm Sekgothe