The suicidal effect of our ailing society 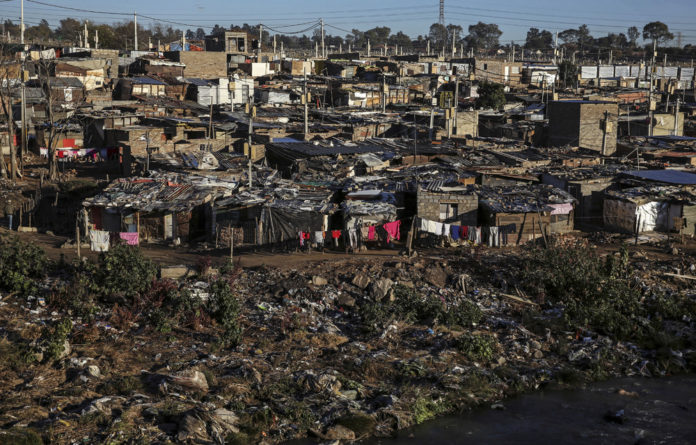 It is impossible to forget the haunting and defeated sound of a young man who called in on my open line on The Eusebius McKaiser Show two weeks ago to tell the world he had decided to die by suicide. The purpose of his call left me sad, scared, moved and helpless. He wanted to thank me, a stranger he had never met, for what he had learned as a regular listener of my show. But his was a “thank you and goodbye” call. I could not let him hang up. What might happen thereafter? The thought was ghastly.

I kept the conversation going. Talk show hosts are not psychologists. We are not trained to deal with suicidality. I was acting on instinct. I knew and could feel that an unfulfilled need in this young man was an elementary desire to be heard, seen, held, affirmed and recognised as a person dealing with a profound existential crisis in a harsh world.

We sometimes scoff at the power of dialogue. We shouldn’t. Although dialogue is no substitute for changing the world in material ways so that it becomes more just, a central feature of life is that, as social beings, we create meaning through and in dialogue. A lot of life happens in talking. It is perhaps only recently in my career as a talk show host that I have come to appreciate fully this insight that language matters deeply because we relate to each other primarily through speech. The ability to frame and navigate complex psychosocial problems through a skilled and considered use of language and conversation is a trait that I appreciate more now than when I was a youngster keen to frame sharp debate.

And so I knew that for as long as this young man from Alexandra township was on the phone with me, the opportunity to redirect his decision to exit this harsh world of ours remained open. I asked him a few questions to understand why he no longer wished to live.

He is unemployed, and therefore unable to put food on the table for his children. This makes him feel hopeless. He has tried to get out of his dire situation but with no success. His family keeps telling him that he sucks. Not only does he feel disappointed in himself, but is also bombarded by the judgments of loved ones who tell him that he is a loser. And so, from his vantage point, life is not worth living. It has become too painful, too unbearable.

I struggled to know what to say. I didn’t want to make a banal comment about the experience of helplessness that he felt. I wanted to honour and acknowledge the source and depth of his pain and frustration. That is why I refused to speak the cheap lie we often resort to in such a situation: “Everything will be okay.” We should think before we speak to someone in pain. If life could simply be changed for the better with the performance of a promissory sentence, then millions of people would easily go from the margins of society to live flourishing lives. I wasn’t prepared to condescend to this man by asking him to accept a lie that things will be better.

I also have complex and unorthodox views about suicidality. I did not voice these, because they require a different context within which to be articulated and explained. All I managed to say is that I know he wants all pain to end. That is important to voice when someone goes through such a profoundly painful event as thinking of suicide. No one wakes up and willy-nilly decides to end their life. That is why people who focus on mental health increasingly want us to rethink even the description of someone “committing suicide”, which ascribes a simplistic kind of intention to the person experiencing suicidality. But this question of how we should think about suicide requires a separate discussion. I simply told him that I recognise his pain, and know that all he wants is for the pain to end.

In the end I leveraged his respect for me by asking him to talk to me off air. I did not want to subvert his autonomy by asking him not to end his life, but I was effectively asking him to commit to a smaller request of allowing us to speak to him outside of the open line. He agreed. We had bought some time. And we then connected him with professionals who can help him deal with his situation. I myself am planning to check in with him from time to time.

We cannot, as individuals, change the structures of our society but we can each chip away at structural injustices and build a new society by acting in small ways that are under our control.

The experiences of this person haunt me because we often think about our democracy in ways that are not connected to the lives of flesh-and-blood citizens. We know that unemployment is unsustainably and dangerously high when we are told that we are almost at a 30% unemployment rate. But only when you are confronted with the suicidality of one of these unemployed citizens do you truly understand the meaning of this statistic.

The state of our economy means millions of our fellow citizens are literally robbed of the opportunity to live meaningful lives. You cannot give the fullest expression to your deepest desires, projects and sense of who you are if you do not have a job. That is just the reality of a world in which income is a necessary condition for being able to live well and to live meaningfully.

The anxiety of this man can also potentially linger and lead to clinical depression or other psychological conditions that can further squeeze the will to live out of him. That is, quite literally, wasting and wasted human potential. Again, we say that there is a connection between mental ill-health and unemployment but until you experience the suicidality of a person who is at their wits’ end, this kind of statement is academic.

A I rushed home to file this column, a very energetic young person, who doesn’t know me but recognised my face, stopped me, and almost threw himself at me, bursting into a monologue: “Eusebius, I need a job! I have lots of experience in customer care, and I even studied media studies and I am young and energetic and just need a job! Please, can I work for you even if I just make coffee for you at 702?”

He smiled and held my hand. But he was dead serious.

I am seldom at a loss for words. I didn’t know what to say. I do not employ people. I do not have a job for him. I am also inundated with similar requests all the time. I chuckled awkwardly and wished him all the best, and I tried to match his energy and the sparkle in his eyes.

Secretly, I had a more horrible set of thoughts. I was wondering to myself for how long his energy and eyes-filled-with-hope will last before it is drained like a depleted battery, and the sparkle in his eye stops shining abruptly like a spent light bulb? How long before he experiences the same crippling despair as the man from Alex?

And something struck me in that moment as I rushed away from lunch: the suicidality of the man who had called my show is evidence of what happens when democratic institutions in our country fail the majority. But it goes beyond that.

I have excerpted that call from my open line and hereby re-inscribe it in this written form, deliberately.

We should not, any of us, sleep easily at night for as long as our society remains broken, for as long as it is a matter of luck rather than effort whether someone gets to realise their full potential. Now, more than ever before, we must widen our sense of community across our differences and think deeply and urgently about the class wars that keep us apart. No one wins in a scenario in which the majority of South Africans do not have a stake in our society.