Public Enterprises Minister Pravin Gordhan is set to announce tonight that the South African Airways (SAA) board has resolved to place the ailing state carrier under business rescue.

Gordhan is expected to announce that the decision has already been communicated to the Cabinet, which sat on Tuesday.

In a letter addressed to ministers and deputy ministers on Wednesday, secretary of the Cabinet, Cassius Lubisi, said President Cyril Ramaphosa instructed him to inform members of the executive of the urgent need to change the approach that had already been adopted to get SAA out of the doldrums.

“After discussions with various key stakeholders, including potential lenders, developments have now necessitated a change of approach to the SAA conundrum,” the letter reads.

Lubisi explains that SAA will now have to go into voluntary business rescue. “This is the only viable route open to the government to avoid an uncontrolled implosion of the national airline.”

“The voluntary business rescue approach will also prevent liquidation applications by any of SAA’s creditors, which would land the airline in an even worse position.”

The announcement comes barely a week after the troubled airline communicated its intention to oppose an application by labour union Solidarity for the beleaguered state carrier to be placed under business rescue.

This is the first time since 1994 that a state-owned entity (SOE) has been placed under business rescue.

This will cap a terrible period for SAA, which saw a crippling, week-long strike that the airline said was costing about R52-million a day, amid calls from South Africans that it be closed down.

The announcement was preceded by news late last week that travel agency Flight Centre had decided to stop selling SAA tickets because insurers, including Santam, refused to provide insolvency cover for the airline and thereby safeguard purchased tickets.

The announcement also comes after a press statement, delivered on Sunday night by SAA’s shareholder representative Gordhan, that the airline could no longer continue in its current form and that it would go through a “radical restructuring process”.

Ongoing financial strife saw the airline pay only half of all employees’ salaries last Wednesday; the balance was paid over the weekend.

Efforts to raise about R2-billion to fund operations have not been successful, with Finance Minister Tito Mboweni having shut the taps on the airline, and banks no longer willing to advance further credit lines without fresh government guarantees.

Mboweni and Gordhan have met several times in recent weeks to discuss the airline, with Mboweni emphasising that the airline either be placed under business rescue or shut down.

The Mail & Guardian understands that there has recently been consensus in government on the need to shut SAA down, but there was no strategy to do so without triggering creditors calling in their debt to other SOEs.

Last Thursday night, after an SAA board meeting, speculation was rife that the airline would announce closure. This was strengthened by SAA chairperson Thandeka Mgoduso informing employees that they should be on standby.

SAA has recorded more than R28-billion in cumulative losses in the past 13 years, and has received R20.5-billion in cash bailouts from the government in the past three years.

In addition, there have been several instances when the airline has had to ask creditors to roll over billions of rands in debt — which currently sits at just less than R10-billion. In 2016 the airline was nearly kicked out of Hong Kong by the registrar of companies there after it had not submitted its annual financial statements for two years.

At the time former president Jacob Zuma and then finance minister Gordhan — who was SAA government shareholder representative — were locked in a tense standoff. Gordhan refused to give the airline a government guarantee that would allow it to have going concern status unless Zuma approved his proposed board, which did not feature the name of the president’s crony, Dudu Myeni.

Myeni, who chaired SAA’s board since late 2012, is commonly regarded as responsible for much of the mess the airline is in. She also allegedly used her considerable political influence, including inviting board members to the president’s residence for a meeting, to push through her agenda, which hasn’t always been in SAA’s interests.

At least one commentator said the closure would serve as a warning for other ailing SOEs, including power utility Eskom. Democratic Alliance MP and spokesperson on finance Alf Lees has been critical of the airline’s management during their appearances before Parliament’s portfolio committees. 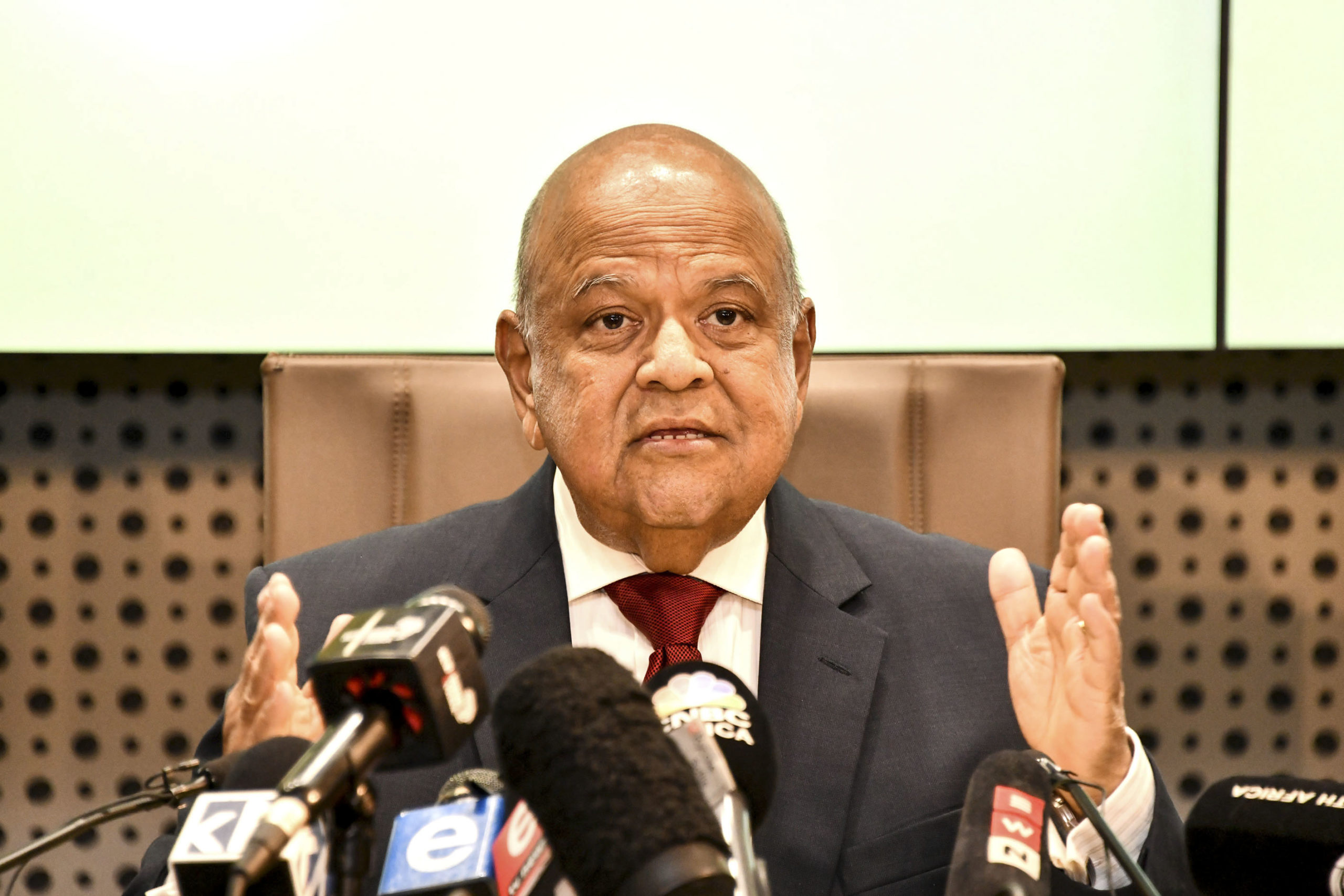 Public Enterprises Minister Pravin Gordhan is set to announce tonight that the South African Airways (SAA) board has resolved to place the ailing state carrier under business rescue. (GCIS)

“The Democratic Alliance is pleased that sense has finally prevailed and that Pravin Gordhan, minister of public enterprises, has agreed that the next best option, other than liquidation, to stop the multibillion-rand taxpayer bailouts to SAA, is to put SAA into business rescue,” he said.

“It is very unlikely that the application for business rescue for SAA will be conceded to unless there is a further bailout, presumably amounting to R2-billion, from the South African taxpayer in order to provide the working capital required to enable SAA to continue trading.

“If business rescue is awarded then it will take control of SAA out of the hands of the ANC,” Lees added. “The business practitioner who is appointed must take robust action to immediately cut costs at SAA without any interference from the ANC. The DA will monitor very closely that the ANC keeps its distance.”

The business rescue option will place an obligation on the government to honour guarantees of R19.1-billion. This will require an increase in sovereign borrowings that, in turn, will increase debt-service costs and place a further burden on taxpayers.