Kristalina Georgieva spoke earlier in the week about her concern for her granddaughter. “I think of my nine-year-old granddaughter. By the time she turns 20, she may be witness to climate change so profound that it pushes an additional 100-million people into poverty.

“By the time she turns 40, 140-million may become climate migrants — people forced to flee homes that are no longer safe or able to provide them with livelihoods. And if she lives to be 90, the planet may be 3°C to 4°C hotter and barely livable.”

Many grandmothers worry these days about our overheating planet, but Georgieva is arguably in a better position than most to do something about it. She is the new head of the International Monetary Fund (IMF), an institution rightly seen in the past as evil incarnate for the policies it pursued in indebted developing countries.

“No institution or individual can stand on the sidelines in the fight against climate change,” Georgieva said in a poston the IMF’s blog. “Unless we act. We can avoid this bleak future, and we know what we have to do — reduce emissions, offset what cannot be reduced and adapt to new climate realities.

“Our efforts to reduce greenhouse gas emissions through mitigation measures — phasing out fossil fuels, increasing energy efficiency, adopting renewable energy sources, improving land use and agricultural practices — continue to move forward, but the pace is too slow. We have to scale up and accelerate the transition to a low-carbon economy,” she continued.

“At the same time, we must recognise that climate change is already happening and affecting the lives of millions of people. There are more frequent and more severe weather-related events — more droughts, more floods, more heat waves, more storms.”

The IMF is stepping up its efforts to deal with climate risk, said Georgieva, who formerly held the number two position at the World Bank. 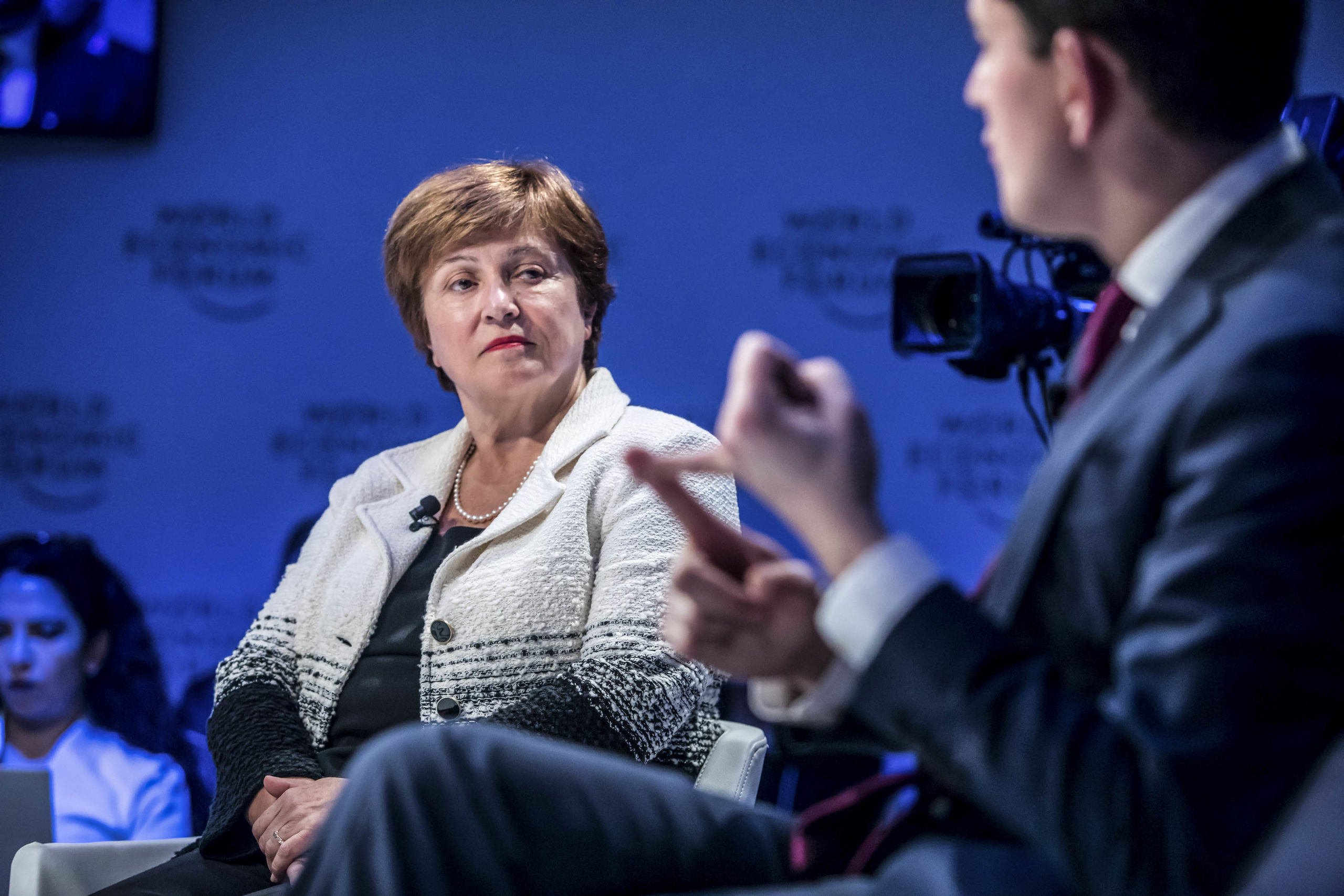 Kristalina Georgieva, the new head of the IMF. During a speech earlier this week Georgieva mentioned her nine-year-old granddaughter and reflected on the world she will inherit because of climate crisis. (World Economic Forum/Valeriano Di Domenico.)

“We consider climate change a systemic risk to the macroeconomy and one in which the IMF is deeply involved through its research and policy advice.”

You’ll agree that this is not the voice of evil incarnate. But is it a lone, even forlorn voice?

Georgieva’s predecessor, Christine Lagarde, who moved from the IMF to take the helm of the European Central Bank (ECB), also wants climate action to be at the centre of ECB policy. The Financial Times reported that the strategic review of the ECB’s purpose now underway — the first such comprehensive overview since 2003 — is expected to reflect Lagarde’s goal to feature climate action as a “mission critical” priority for the bank.

Motivating to be given the job, Lagarde said she would move from a narrow focus on inflation to include financial risk linked to the climate threat. She argued that the central bank should direct its own corporate asset purchases towards green bonds and away from buying those that promote global warming.

“The ECB, like all central banks, uses models to forecast how the eurozone economy will work. These models need to incorporate the risk of climate change,” said Lagarde. “That’s the very least, I think, we should expect.”

Not that Lagarde needs it, but she’ll find political support from the new president of the European Commission, Ursula von der Leyen, who cited climate policy as the most pressing issue facing her new executive team, when her position was officially confirmed by a vote in the European Parliament this week. “We don’t have a moment to waste any more on fighting climate change,” she told parliamentarians. 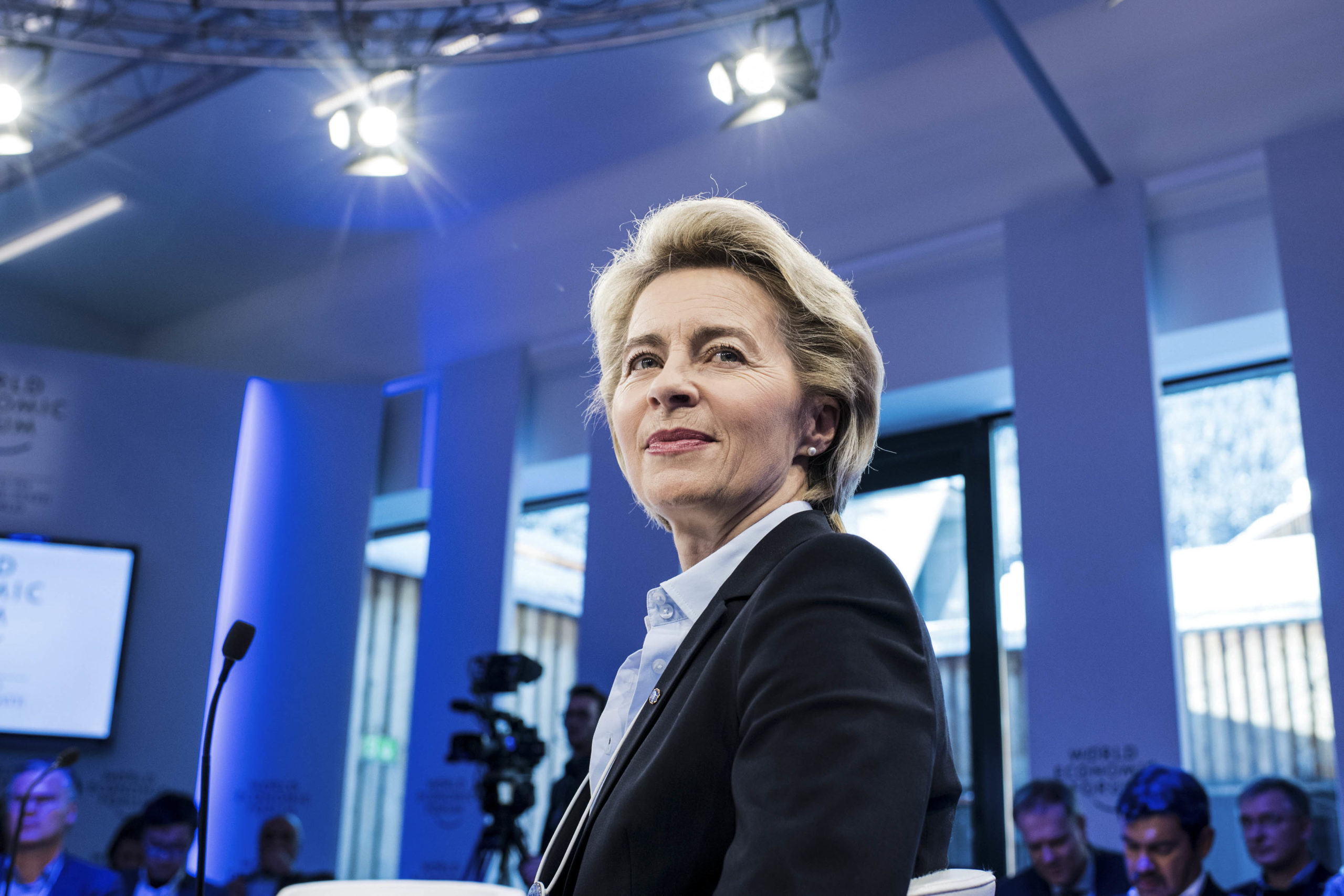 “If there is one area where the world needs our leadership, it is on protecting our climate. This is an existential issue for Europe — and for the world,” the former German defence minister said, citing forest fires in Portugal and the floods in Venice as compelling reasons to move forward as quickly as possible.

Von der Leyen sees green investments as a driver of economic growth in the eurozone. “I want the European Green Deal to become Europe’s hallmark,” Euractiv quoted Von der Leyen as saying. She has tasked her second-in-command, Frans Timmermans, with overseeing Europe’s goal of achieving climate neutrality by 2050. “The faster Europe moves, the greater the advantage will be for our citizens, our competitiveness and our prosperity.”

The European Commission last year calculated that the European Union’s gross domestic product will increase by 2% by 2050 if the bloc slashes its emissions to a net-zero level, Euractiv said. And the EU’s fossil-fuel import bill could be cut by €2-3 trillion over the 20 years leading up to 2050.

The ECB, which buys company debt as part of its quantitative-easing program, should “commit to gradually eliminating carbon-intensive assets from its portfolios, starting with immediate divestment from coal-related assets”, according to 164 academics, including former United Kingdom Financial Services Authority chairman Adair Turner and organisations such as Positive Money Europe, Bloomberg reported.

“We cannot wait for years to study the long-term financial risks involved,” they said. “Central banks must use all the tools at their disposal.”

This is not to say that the new green emphasis on the part of these financial heavy hitters has been universally welcomed. Bundesbank chief Jens Weidmann last week batted back calls for the ECB to take a bigger role in protecting the environment, saying it was up to governments and not the ECB to fight climate change, Reuters reported.

“Monetary policy that explicitly pursues environmental goals runs the risk of being overburdened,” Weidmann said. “Politicians with democratic legitimacy must decide how society should combat climate change and they must also bear the responsibility for this.”

The Guardian reported that Georgieva has been getting some stick since she took over from Lagarde at the beginning of October.

“With the world economy slowing and another financial crash looming, some who attended the IMF’s annual meeting in October said in private that Georgieva was spending too much time on climate change and not enough on the institution’s bread and butter —maintaining financial stability and helping countries in economic trouble,” The Guardian said.

It added: “Georgieva is unrepentant. The climate crisis and financial stability are linked, she says, because if left unattended, global heating will threaten financial stability. ‘When people say we should be sticking to our mandate, I fully agree,’she says. ‘That’s exactly what we are doing’.”

Asked which she sees as the bigger risk, another global crash or global heating, Georgieva told The Guardian.

“Climate change is an existential threat. It is a risk that we all have to take very seriously because from the perspective of an institution that deals with economic matters, it can push back development. We have seen that repeatedly over recent years.”