Striking the balance in the justice system

Deep in the bowels of the Eastern Cape in the community of Bhityi, I stood among a cavalcade of officials and dignitaries as we officially opened a magistrate’s court. While hustling along to address the crowd, a young boy of primary school age, cast his eyes on the court and shouted: “Justice!”

I cannot explain which chords in my heart were struck, but I took so much solace in the fact that such a young man would experience the manifestation of the Constitution through that court.

One cannot overemphasise the importance of a well-functioning criminal justice system. It not only fights crime effectively, but also ensures that those who do offend, do not re-offend. It allows for rehabilitation and social reintegration.

Correcting offenders is a non-negotiable element of justice in our constitutional democracy. In many ways, this integration lies at the core of delivering a criminal justice system that is well co-ordinated and effective.

The challenge lies in striking the fine constitutional balance between the pursuit of justice and holding those who have committed crimes responsible for their actions, without undermining their dignity.

Human dignity goes to the heart of our constitutional democracy. In other words, ubuntu or botho is central even in the pursuit of justice. In the matter of Dikoko vs Mokhatla, Justice Albie Sachs calls ubuntu intrinsic to our constitutional culture and he points out ubuntu as an international standard of restorative justice.

He writes: “Ubuntu — botho, is highly consonant with rapidly evolving international notions of restorative justice. Deeply rooted in our society, it links up with world-wide striving to develop restorative systems of justice based on reparative rather than purely punitive principles. The key elements of restorative justice have been identified as encounter, reparation, reintegration and participation.”

In essence, what we should be able to illustrate in our 25th year of democracy is that our correctional facilities are capable of rehabilitating and reintegrating offenders back into their communities. To achieve this constitutional ideal, our processes must be grounded on mutual respect for, and mutual commitment to, one another. It is for this reason that we have shifted from the concept of “prisons”, where people are kept purely to be punished, to “correctional facilities” where people are rehabilitated and their behaviour is corrected.

This is not a purely cosmetic shift — it is a paradigm shift. In a constitutional society, we need not merely keep individuals out of circulation or bluntly enforce punishment meted out by the courts. We have a responsibility to correct the offending behaviour in a secure, safe and humane environment and effect maximum rehabilitation as far as possible, to avoid recidivism.

Rehabilitation should be seen as a societal undertaking which incorporates and encourages social responsibility, social justice, the inculcation of democratic values and empowering people with life skills so as to enable them to productively contribute to their communities and to make South Africa a better place to live in.

As the ministry, we are analysing the rehabilitation programmes we have at our disposal. In line with the spirit of “thuma mina” and “khawuleza” of the sixth administration, partnerships with the private sector and citizens are essential to ensure that our facilities function to the benefit of society.

Who are the offenders?

There is an important question, which I have sought to understand: “Who are South Africa’s offenders?” It is an uncontested fact that our facilities are overcrowded, and this does hamper security and rehabilitative programmes. In the past couple of months, I have been to several correctional facilities in announced and unannounced visits and I will continue to do so.

In my interactions with offenders, young men and women (and their children), a clear image has crystallised: the effects of South Africa’s violent history is still with us today. The high levels of violence we see in our communities, especially those that bore the brunt of colonialism and apartheid, cannot be delinked from the high levels of crime and violence we see today. Our painful past has dehumanised many people. Violence has become the default process for conflict resolution, not only in broader society, but in our homes, our schools and public life. As if that is not complex enough, we have an added dimension of centuries of patriarchy and toxic masculinity and one finds a continuous spiral of violence.

Further added to that is the effect of the deliberate underdevelopment of black people. Forced removals, lack of access to land and decades of second-class service delivery have had a direct effect on the levels of poverty and inequality that we still see today. Poverty, inequality and unemployment have, in turn, created conducive grounds for increases in crime, the growth of criminal syndicates and gangs.

This is further compounded by the historic and systematic marginalisation of our youth and the inability of the economy to absorb young people into the job market. It is also evident that gender inequality, which manifests itself in the form of power relations between men and women and patriarchal beliefs, contributes to high levels of violence perpetrated against women.

Many of our correctional facilities are filled with women who have retaliated against the violence meted out to them by their partners. There are a large number of women and young offenders who are incarcerated after resorting to shoplifting as a means of survival. If they had the money to pay a fine, however small the fine, they would not be incarcerated. There are also young men in our correctional facilities whose crimes were influenced by moral disorder in their communities. They too cannot afford to pay either bail or fines.

All offenders should be held responsible and accountable for their actions and there must be consequences for the crimes they have committed. In appropriate circumstances, restorative justice measures can be applied.

It is so easy (and populist) to argue “lock them up and throw away the key”. It is a lot more difficult to speak of rehabilitation.

If sentenced to a term in a correctional facility, people must be given a second chance, through rehabilitation and social reintegration programmes, to correct their offending behaviour. They need to further their education while incarcerated and acquire life skills to become productive citizens who, on their release, make a positive contribution and so pay back to their communities. 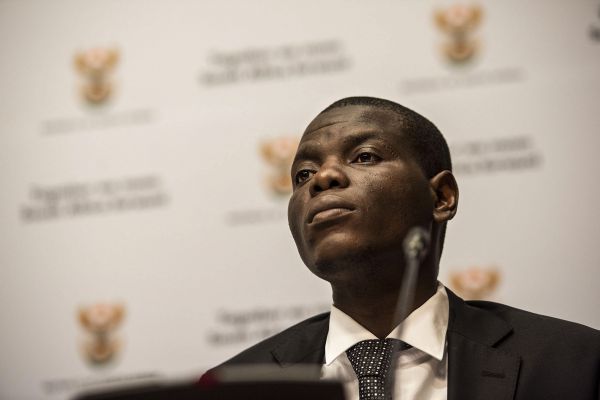 For many offenders, their lives are often stymied by the stigma associated with their criminal past. When they are released, either after finishing their sentences or on parole, they try to make an honest living but this stigmatisation often leads to their economic exclusion.

If they are then left out of the job market or face further economic exclusion, it has the potential to undermine the integrated and comprehensive approach of fighting against crime as they are then likely to resort to crime for economic survival. We, therefore, need to work together, with our communities, with businesses and entrepreneurs and play an active role in reintegrating offenders back into society and avoiding the stigmatisation of rehabilitated offenders.

As much as our criminal justice system needs to respond decisively and substantially to victims of crime and hold offenders to account, it also has to consider the dignity and personal circumstances of incarcerated people — especially those who come from communities that have borne the brunt of abject poverty and violence — and their rehabilitation and reintegration into society must be a priority.

It is a delicate balance that our criminal justice system has to strike.

Ronald Lamola is the minister of justice and correctional services