South32 in firing line over rights

A showdown looms in the high court in Pretoria about the Mpumalanga mining rights of Australian mining giant South32 SA Coal Holdings.

Five companies have taken the minister of mineral resources and energy (DMR) Gwede Mantashe, to court in an attempt to compel him to make a decision on their appeals against his department. This is after it denied them a mining licence at Farm Geluk 276 JS in Witbank, which was instead granted to South32.

According to the court application brought by Zurivision and four of its associates, department officials fraudulently issued South32 with a mining licence, despite its prospecting rights having lapsed in October 2009.

In its court papers, Zurivision said: “The documents requested by DMR in its purported letter of acceptance dated 25 February 2014 were actually uploaded onto the DMR system on 13 May 2013, being some nine months prior to the alleged letter of acceptance … The purported acceptance letter referred to above was only uploaded on the DMR system on Saturday, 23 February 2019 being some five years after the said letter was allegedly authored or dispatched to South32.”

In a statement to the Mail & Guardian, South32 said that there was no merit to the application and it was opposing it.

“South32 is aware of the claim. South32 SA Coal Holdings Proprietary Limited is the entity, which holds the Pegasus mining right. Its BEE [black economic empowerment] ownership, as determined under the mining charter, is currently 36.4%, which comprises a combination of credits attributable to equity held by a BEE consortium and credits arising from the historic sale of attributable units of production to BEE entities. The claim is without foundation and is being opposed by South32 SA Coal Holdings Pty Ltd.”

Together with Exxaro, South32 supplies more than 70% of Eskom’s coal. Its BEE partners include the Phembani Group, which is owned by Phuthuma Nhleko, who bought President Cyril Ramaphosa’s assets when he returned to politics.

In August, South32 announced that Seriti Resources, which is led by Mike Teke, was the preferred bidder for its mining assets in South Africa.

The deal attracted criticism as Teke, accompanied by one of his directors, Lefa Mbethe, and a team from South32, met senior department of minerals and energy officials a full week before the Australian giant announced to shareholders that Seriti had won exclusive rights to negotiate to buy its coal business, South African Energy Coal.

In January this year Teke made a donation to the president’s CR17 campaign, which had concluded at the end of 2017. 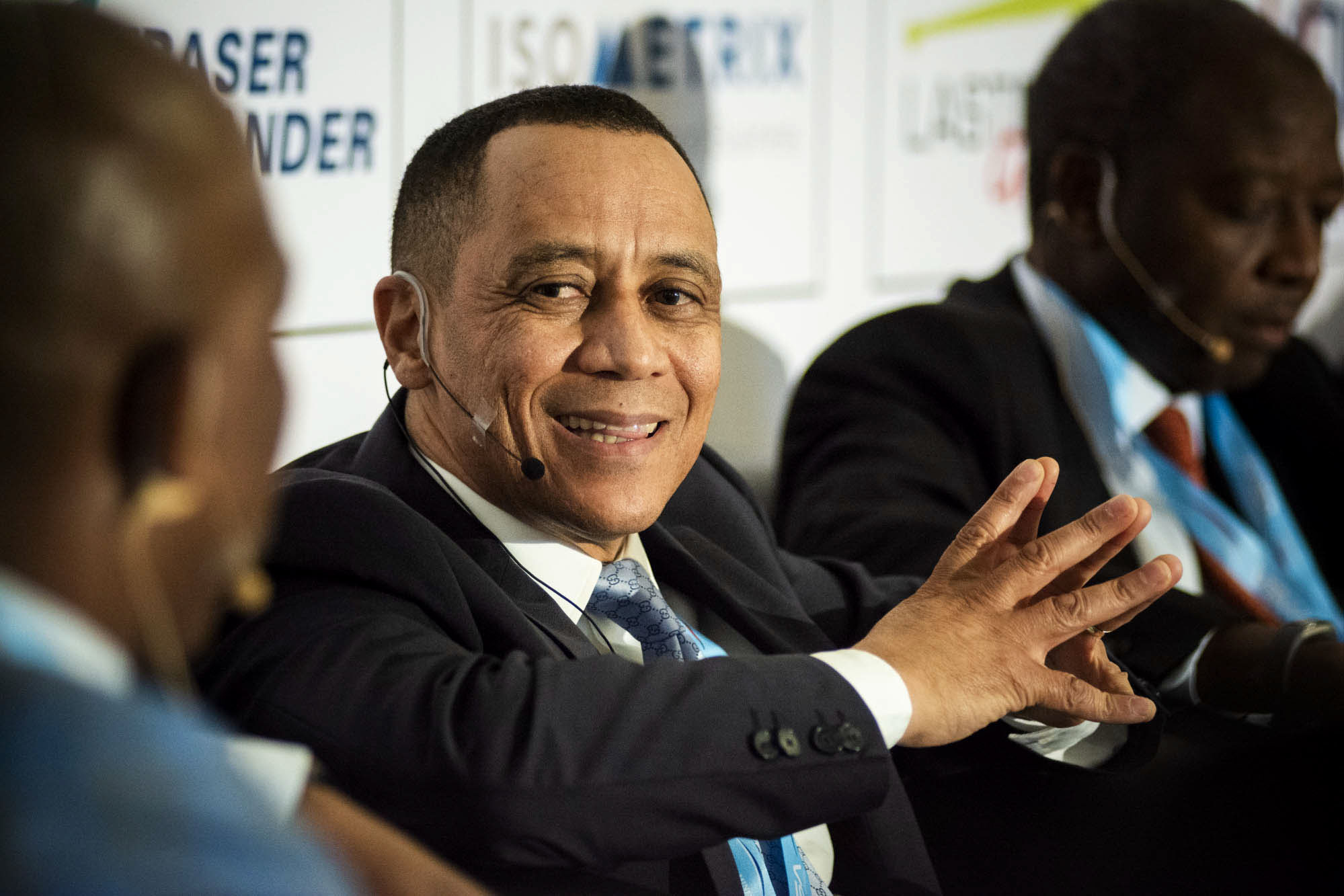 Mike Teke of Seriti Resources, which is the preferred bidder for South 32’s mining assets in South Africa. (Waldo Swiegers)

In October, Zurivision and its associates took to the courts after their two appeals — for smale-scale mining permits and mineral rights, which were lodged with the department of minerals and energy in November 2018 and February 2019, respectively — were never heard or considered by the department.

The appeals were subsequent to the department denying the five companies small-scale mining permits and mining rights, in favour of South32.

They accuse the department and the minister of not following the requirements of the Mineral and Petroleum Resources Development Act 28 in granting the license to South 32.

The Act’s fundamental principles state that the state shall “substantially and meaningfully expand opportunities for historically disadvantaged person, including women, to enter the mineral and petroleum industries and to benefit from the exploitation of the nation’s mineral and petroleum”.

Zurivision further argues that South32 does not have the 26% BEE required by law, but just 8%, a claim that South32 has dismissed, saying that it has 36.4% BEE.

The M&G understands that Zurivision and its partners have also approached the Competition Commission to complain about the South32 and Seriti deal.

The commission’s spokesperson, Sipho Ngwema, could only confirm that South32 and Seriti have reported the transaction and it will go through normal processes.

The department of minerals and energy declined to comment, citing that it was preparing its notice of intent to oppose the court case.