Envoys from almost 200 countries gathered in Madrid on December 2 for two weeks of talks on climate change organised by the United Nations (UN), as the 25th summit of the UN’s Conference of the Parties (COP25) climate talks got under way. Earlier that week, a report on the world’s carbon budget revealed how far we are from meeting the goals of the Paris climate agreement signed five years ago. It showed that greenhouse gas emissions rose by 0.6% last year — less than in recent years, but still not enough to reverse climate change. Delegates and activists suggest the world must alter the trajectory to an outright reduction in carbon emissions.

What is COP – and how does it help?

For almost three decades, representatives of world governments have met every year to forge a global response to the climate emergency. Under the 1992 United Nations Framework Convention on Climate Change (UNFCC), every country on earth is treaty-bound to “avoid dangerous climate change”, and find ways to reduce greenhouse gas emissions globally in an equitable way. COP’s annual meetings have been interspersed with occasional triumph (the Paris agreement in 2015) and disaster (Copenhagen in 2009). 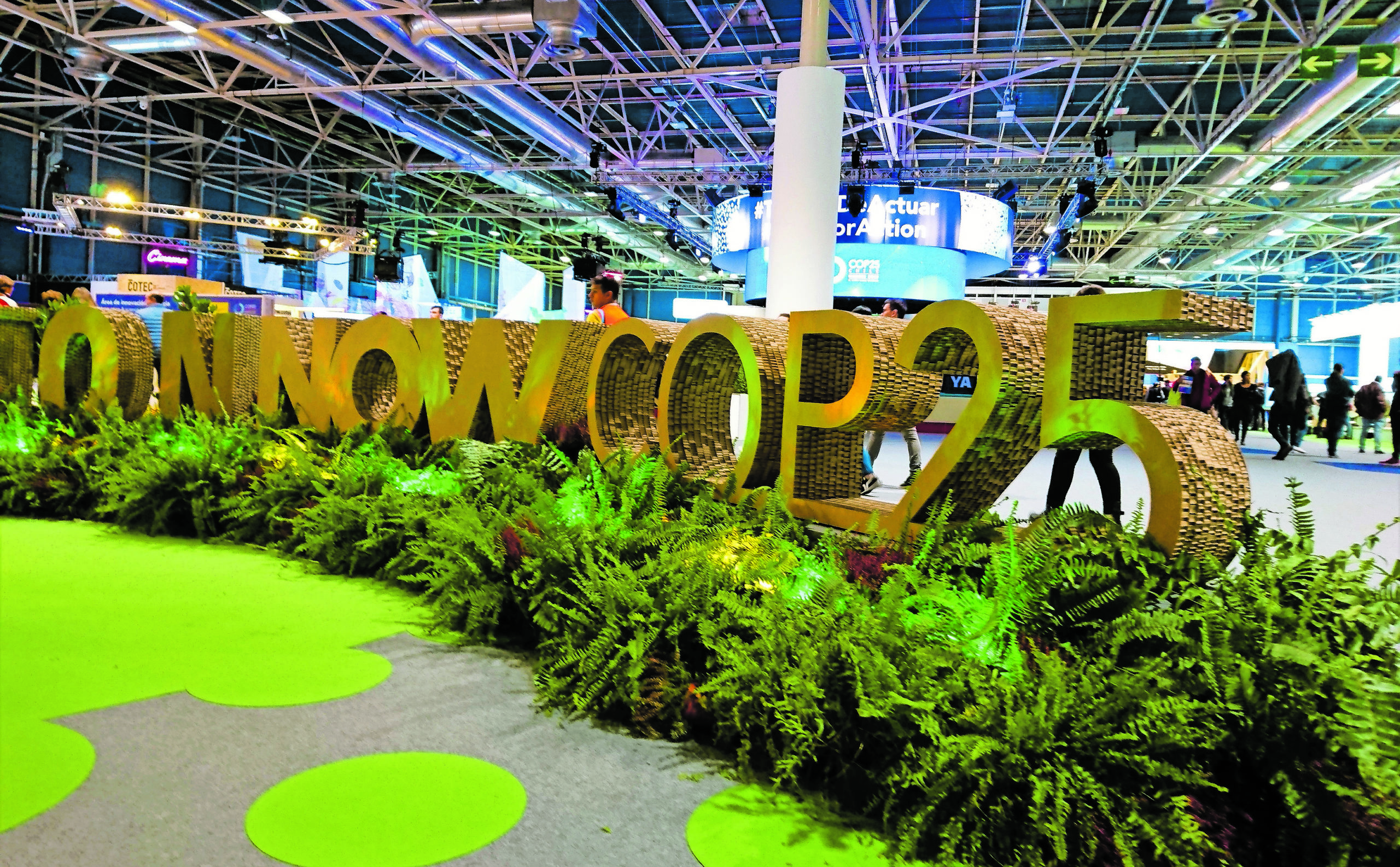 This conference in turn has been dogged by controversy: everything was set for a December COP in Santiago, Chile, but rioting in the capital and a political crisis forced the COP to be moved to Madrid, where this year’s talks took place. This abrupt change of venue caused many headaches, not least for the young activist Greta Thunberg, who had been targeting the talks. Activists and protesters hurriedly re-crossed the Atlantic to gear up to make public pressure felt. In many respects the conference has been overshadowed by Thunberg, who arrived to join a 500 000-strong march through the centre of Madrid, demanding that world leaders listen.

The young activist slammed the COP meetings for achieving nothing, noting that greenhouse gas emissions continue to rise. Scientists, campaigners and some politicians have similarly called for the injection of a sense of urgency.

Early in the proceedings, negotiators put out a text on the future of carbon markets — the so-called article 6 talks, named after the section of the Paris agreement. There are still major disagreements over how carbon credits should be counted and no guarantee of any resolution to the dispute. If this issue is not resolved, this technical question will hang over next year’s talks in Glasgow too, getting in the way of substantive issues such as further cuts in emission targets to align with scientific advice on staying within 2°C of global heating above pre-industrial levels. Ocean campaigners have so far struggled to have a voice at these talks, which were meant to highlight the state of the oceans and the often-overlooked part they play in Earth’s climate.

On Tuesday and Wednesday in week two, environment and finance ministers arrived to give directions to the “high-level” part of the talks and actual decision-making. These aim at a concrete outcome in the form of resolutions on the key issues. The EU was expected to give context to the talks with its new green deal proposals from the European commission on Wednesday. The UK delegation should have played a central role in preparation for next year’s COP in Glasgow but its delegation was hamstrung by that country’s general election, which means officials and the next COP president could not speak “on the record”.

What is special about the meetings?

World leaders were not expected to turn up, so environmental ministers and their civil servants instead led the negotiations, aided by UN officials. Almost every country is expected to send a voting representative at the level of environment secretary or equivalent.

The annual COPs are the only forum on the climate crisis and the opinions and concerns of developing countries carry as much weight as those of the biggest economies. COP decisions carry global authority because agreement is by consensus, though this also means reluctant countries can hold back more ambitious action. Each of the 196 nations on Earth, bar a few exceptions, is a signatory to the UNFCCC foundation treaty and no country has yet opted to withdraw from it. That includes the US, though it is in the process of withdrawing from the Paris accord.

Under the landmark 2015 Paris Agreement, nations committed to holding global heating to no more than 2°C above pre-industrial levels. The vast majority of nations — 185 countries — have now ratified the deal, which is legally binding. Nonetheless, the commitments that countries made to cut their national emission levels to the best-case scenario were not part of the binding Paris deal, but contained in non-binding additions, which will have to be ratcheted up next year if the aims of Paris are to be met.

Not all countries are wholeheartedly behind the Paris Agreement: the US has played a low-key role in the UN climate process under Donald Trump; while other potential objectors include big oil powers such as Saudi Arabia, Russia and Venezuela, as well as Brazil and Bolivia. Key to progress at COP are China, the world’s biggest emitter, and India, where emissions are rapidly rising.

Carbon markets to be decided this year?

The primary subject of discussion at COP25 is a provision in the Paris Agreement known as article 6, which allows for the use of a global market in carbon to help countries cut emissions and to fund measures that reduce emissions in developing countries. Carbon markets have existed since the first 1997 Kyoto Protocol. The general idea is for developed countries to meet their targets by buying carbon credits awarded to projects reducing emissions in developing countries. In this way, rich nations could buy themselves time, while poorer nations got money to ease them on the road to a green future. But too many easy credits devalued the system, and the financial crisis of 2008 led to the outright collapse of the carbon market.

Today, resuscitating the article 6 carbon market is back on the agenda. Activists see the markets as an easy way out for developed countries to get away with continuing to burn fossil fuels, while buying off poor countries to clean up. What activists want is not talk of carbon “offsets”, but absolute emission cuts — now.

This set the scene for a conflict over article 6, which might threaten the delicate consensus achieved at Paris. That consensus must be preserved if countries are to fulfil the aims of Paris by ratcheting up their commitments to bring down emissions next year.

There are many other issues hanging over COP25, but these will not be decided until next year. Emissions are increasing once again; temperatures are higher than ever; and countries are not mandated by law to act. The IPCC has concluded that at current rates we are running out of time, with little over a decade to halt emissions growth and bring down carbon rapidly to keep warming within the 1.5°C threshold.

Existing commitments made by each government under the Paris accord fall short of what is required. According to the UN’s latest “emissions gap” report, published a few days before the start of COP25, countries must further reduce their greenhouse gases by 7.6% per year for the next 10 years to stay within the 1.5°C Paris limit.

To meet the Paris objectives national targets must be revised upwards by next year — which is also when previous targets, set at Copenhagen, expire for many countries. That makes 2020 a critical year for climate action.

Consequently, the most important focus of this year’s COP is to smooth the way for the crunch summit next year. The Glasgow meeting will be the most important on climate change since the 2015 Paris Agreement itself. The past five years have been spent spelling out the “rules of engagement”, which have not addressed the core issues of emission reductions that governments are prepared to accept.

COP26 will require coaxing countries into the commitments necessary — something that could not be achieved in Paris five years ago. In the years since Paris, many argue matters have gone backwards: developing countries have accelerated their infrastructure roll-out of roads, coal-fired power plants and automobiles; new oil and gas fields have opened up; and some countries elected governments that have become openly hostile to climate action: the US, Brazil and Australia.