John W Fredericks, 73. Author and filmmaker. His book, Skollie, was based on his life experiences and also told in the film, Noem My Skollie.

Andile Gumbi, 36. Actor in the TV series Isibaya who played Simba in the stage version of The Lion King, which showed in Australia, China, Johannesburg, London’s West End and on Broadway in New York.

Danny Keogh, 71. Actor. A founder member of The Market Theatre in Johannesburg. Best known for his performances in Known Gods and Invictus. Co-wrote the play The Native who Caused all the Trouble.

David Koloane, 81. Internationally recognised award-winning artist and mentor to black artists during and after apartheid.

Hugh Lewin, 79. Writer, journalist and activist, jailed from 1964 to 1971 for his part in the African Resistance Movement sabotage campaign. He left for London on a one-way exit permit, where he worked at The Guardian, the International Defence and Aid Fund and the British Anti-Apartheid Movement.

Raymond Louw, 92. Editor of the Rand Daily Mail for 12 years from 1965, champion of press freedom, for which he won numerous awards locally and internationally, and head of a number of organisations including the Media Defence Trust.

Isaac “Bra Ike” Maphoto, 88. A member of the Luthuli Detachment of Umkhonto weSizwe. Captured by Rhodesian forces in 1968 and sentenced to death. Freed in 1980.

Dorothy Masuka, 83. A “pan-Africanist, vociferous opponent of apartheid, political exile, teen beauty queen and irrepressible grand dame of Southern African jazz” (The Independent), who went into exile in 1961 and returned in 1992 after Nelson Mandela’s release.

Nomhle Nkonyeni, 77. Awarded with the Order of Ikhamanga for her contribution to the arts. She acted in plays such as Die Swerfjare van Poppie Nongena and in numerous TV shows, including Mzansi.

Christelle Stemmet, 47. Top commercial crimes detective with the Hawks and member of the former Scorpions.

Gavin Watson, 71. Chief executive of Bosasa, around which are allegations of state capture and corruption.

Marc Batchelor, 49. The “bad boy” of football played for Kaizer Chiefs and Orlando Pirates. He was shot in the driveway of his home. 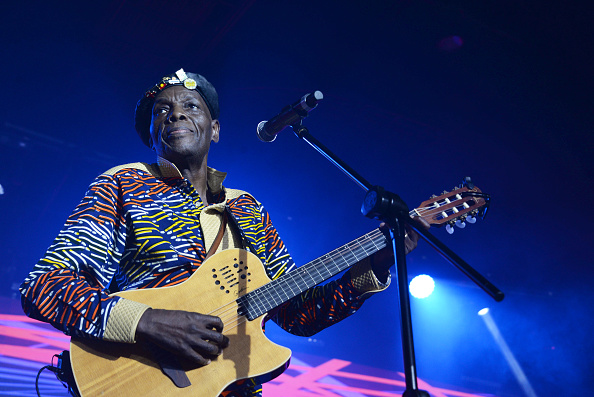 Oliver Mtukudzi, 66. Zimbabwean guitarist, singer and songwriter recognised across Africa and abroad. He was known for his lyrics about Zimbabweans’ problems and hopes, and for his style, known as Tuku music. He released 67 albums.

Alicia Alonso, 98. Cuban ballerina who achieved global acclaim and went on to run the National Ballet of Cuba.

Jeffrey Epstein, 66. Disgraced financier found dead in a New York jail cell where he was being held on sex-trafficking charges.

Robert Frank, 95. Photographer and filmmaker. His book The Americans, with an introduction by Jack Kerouac, shifted the direction of photography.

Alan Garcia, 70. Peru’s president from 1985 to 1990 and from 2006 to 2011. Accused of receiving kickbacks from the Odebrecht construction giant (linked to the Petrobras scandal). Committed suicide.

Robert Hunter, 78. Collaborator and lyricist for the Grateful Dead.

Paul Krassner, 87. An icon of the 1960s counterculture, author, journalist, comedian and founder of the freethought magazine The Realist.

Karl Lagerfeld, 85. One of the most decorated designers in the fashion industry. He was behind the revival of the French fashion house, Chanel.

Li Peng, 90. Former premier of China known as the “Butcher of Beijing” for his role in the 1989 Tiananmen Square killings.

Tania Mallet, 77. Best known for her role as the “Bond girl” Tilly Masterson in 1964’s Goldfinger.

James Le Mesurier, 48. Founder of the nonprofit Mayday Rescue, which trained the Syrian White Helmets, who rescued civilians after Russian and Syrian airstrikes, and worked with the United Nations peacekeeping force in former Yugoslavia. Awarded an OBE.

Paule Marshall, 90. Activist in the the civil rights and anti-Vietnam movements, writer on Caribbean and African-American identities and author of Brown Girl, Brownstones.

Toni Morrison, 88. Novelist, essayist, book editor and professor, received the Nobel prize for literature in 1993 and a Pulitzer prize for Beloved (1987).

Mohamed Morsi, 67. First democratically elected president of Egypt. Died after collapsing in court while on trial for espionage. He was ousted by the army in 2013, after protests against his rule.

Robert Mugabe, 95. Zimbabwe’s president, who ruled for about four decades, went from being seen as an African liberator to an autocrat. The Gukurahundi from 1983 to 1987 saw massacres of Ndebele civilians. Violence and electoral fraud marked the elections in 2002, 2008 and 2013.

Emiliano Sala, 28. The Argentine forward had just signed to Cardiff City Football Club when he died in a plane crash in the English Channel.

John Singleton, 51. Director of Boyz n the Hood and 2 Fast 2 Furious and of TV series Snowfall, about the cocaine epidemic in Los Angeles.

Francisco Toledo, 79. Mexican artist who achieved fame for his paintings, sculpting, printing and tapestry weaving, all influenced by his Zapotec heritage.

Rip Torn, 88. Hellraiser actor nominated for six Emmys (The Larry Sanders Show), winning one, an Oscar (Cross Creek) and a Tony (Sweet Bird of Youth). His other films include Men in Black.

Binyavanga Wainaina, 48. Kenyan author, journalist and gay rights activist, won the Caine Prize for his short story, Discovering Home. He was the founding editor of Kwani?, a journal of experimental writing.

Herman Wouk, 103. Pulitzer prize-winner for The Caine Mutiny (1951) and author of Sailor and Fiddler: Reflections of a 100-Year-Old Author. 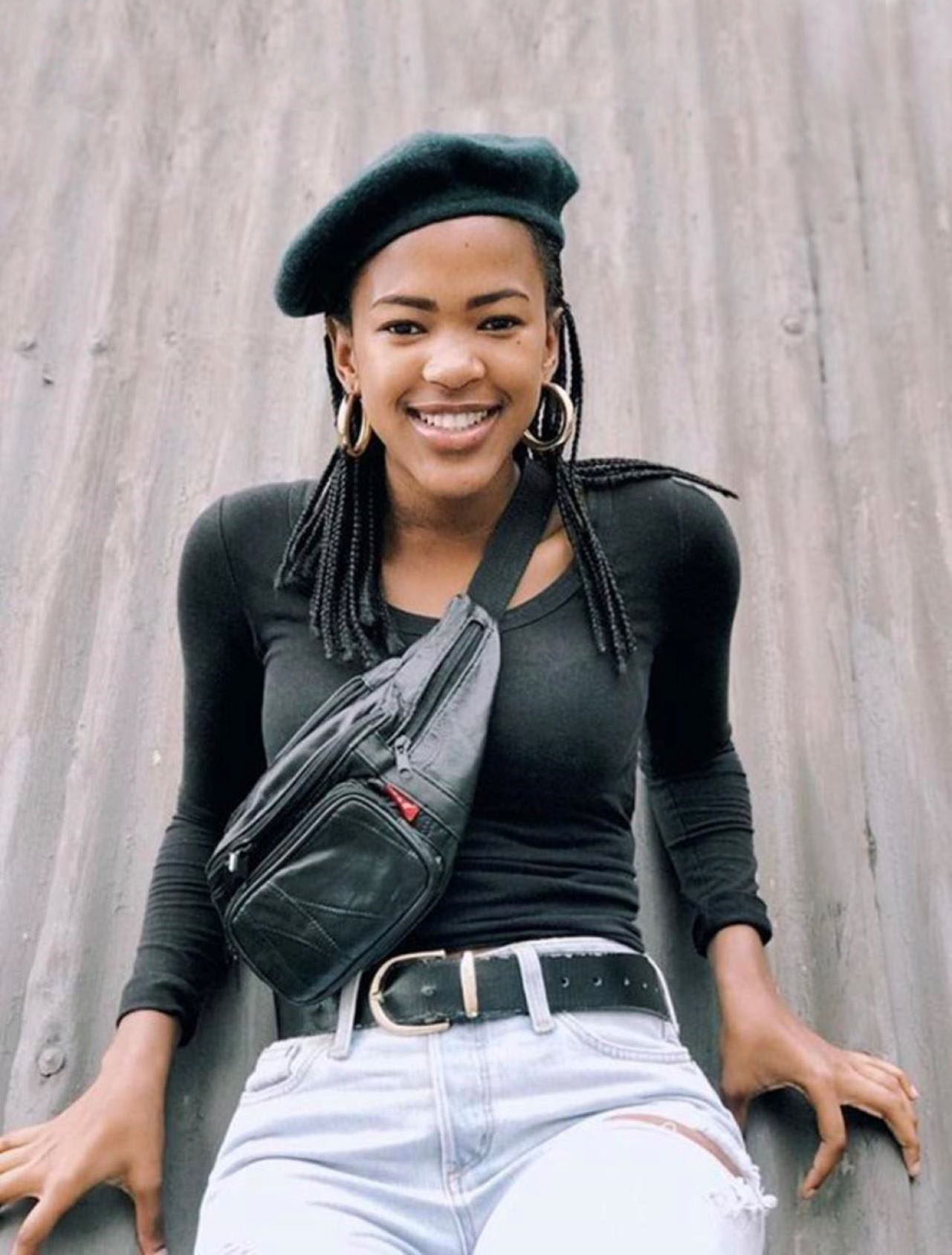 It was the death of a University of Cape Town student that caught South Africa’s attention in 2019, sparking protests against the high levels of gendered violence and murder.

Uyinene Mrwetyana went missing on August 24 and a man was arrested for her rape and murder six days later. He had lured her to the Clareinch post office, violated her and killed her. The next day he put her body in a mail bag, drove to a field in Khayelitsha and burned her.

According to police statistics, Mrwetyana was just one of 2 771 women and 1 014 children killed in 2018-2019. And 41 583 women were raped. There were 21 022 murders and 18 980 attempted murders. Men, particularly younger ones, are three times more likely to be murdered, according to Statistics South Africa.

“You can’t police your way out of this,” Gareth Newham, head of the Institute for Security Studies’ Justice and Violence Prevention programme, told News24.