The year 2019 could have been a memorable one for Latin America, with new governments in Brazil, Colombia and Mexico promising change and a better future. It also looked like the year when Venezuela’s dictator, Nicolás Maduro, would fall, ending the world’s worst ongoing economic and humanitarian crisis — and probably one of the worst since World War II. Instead, 2019 became a year of regret.

The International Monetary Fund (IMF) projects that gross domestic product (GDP) growth in Latin America and the Caribbean was only 0.2% in 2019, down from an anaemic 1% in 2018, making it the world’s slowest-growing region. Although the IMF expects that growth to rebound in 2020, to 1.8%, Latin America will continue to be the world’s worst-performing regional economy.

More important, the pace of growth will be insufficient to avoid an increase in poverty and unemployment, which will cause greater social unrest, a trend that became visible to the world in October, when Ecuadorians and Chileans poured into the streets to demand change.

But Latin America’s economic trends have less to do with the ideological leanings of the governments, which cover a wide range, than with the hard realities imposed by external conditions. Low commodity prices, weak global growth, and trade tensions between the United States and China are exacting a heavy toll.

For some countries, such as Peru and Chile, the Chinese economy’s slowdown is the main culprit. For others, such as Mexico and Colombia — where oil plays a bigger role and the US is the largest trading partner — it is weak global demand. Moreover, inflows of foreign capital are down, despite increased global liquidity. None of this is expected to change in 2020.

Against this backdrop, new governments had particularly short honeymoons. Political capital is depreciating fast, making it difficult to pursue reforms. In Ecuador, where Lenín Moreno has been president since 2017, an agreement with the IMF was reached this year, restoring access to international credit markets. But to carry out the fiscal adjustment the government drastically reduced fuel subsidies. After 10 days of protests that paralysed the country, the government had to revoke the measures.

Similarly, an increase of less than $0.05 in Santiago’s metro fare triggered mass protests in Chile in October. The measure was reversed, and the army was sent in. In response, millions marched in protest demanding change. President Sebastián Piñera reshuffled his Cabinet, adopted a new agenda, and cancelled the Asia-Pacific Economic Co-operation and COP25 climate change summits, to focus on delivering better pensions, more accessible health care and greater economic support to low-income households.

Adverse external conditions and social unrest are not the region’s only problems. The situation in Venezuela worsened beyond what was imaginable a year ago. There are no reliable statistics, but the IMF estimates that GDP fell by another 35% in 2019, which implies a 65% contraction since 2013. Inflation is running at about 200 000%. 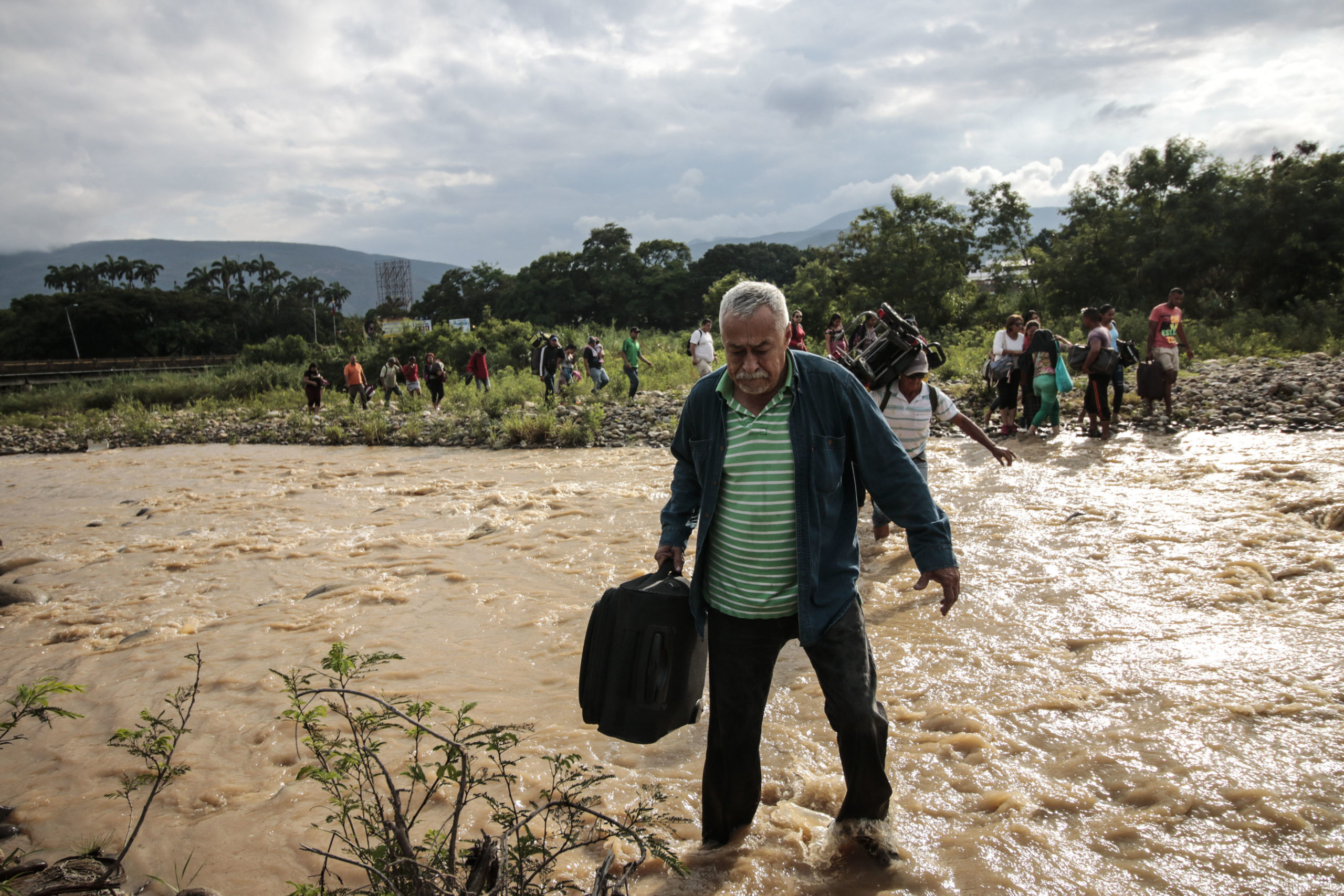 Into exile: Refugees from Venezuela cross a river into Colombia after the Colombian government ordered the official borders closed. (Schneyder Mendoza/AFP)

In the short run, migration is a drain on host countries’ already-strained fiscal resources. And although migrants can increase economic growth in the medium term in countries with insufficient population growth, such as Colombia, the political debate is, as always, dominated by short-term considerations.

Governments will need additional fiscal space to accommodate migrants, postponing other expenditures. And this is just the beginning. The IMF, for example, is working with scenarios that assume that Venezuela’s emigration could reach 10-million by 2023.

The absence of change in Venezuela was perhaps the greatest frustration of 2019 in Latin America. In January, the US, the European Union, and the majority of countries in Latin America recognised Juan Guaidó, then the little-known president of the National Assembly, as Venezuela’s legitimate president. The end of the Maduro regime was widely anticipated.

At CERAWeek, the annual meeting of the world’s oil leaders in Houston, a major topic of conversation was how fast oil production would be restored to two to three million barrels a day (bpd). Today, production is 700 000 to 800 000 bpd, and falling.

Guaidó was never able to govern, because the military continued to support Maduro. And yet Maduro’s influence in Venezuela and abroad is vanishing. In Bolivia, President Evo Morales’s fourth consecutive victory in October reflected the fact that after 14 years in government, he controlled an electoral body that many consider biased. (After widespread protests, Morales resigned in early November, plunging the country further into political crisis.) Nor is Maduro the mastermind behind social unrest in Ecuador and Chile. He can capitalise on it, but he is not the architect.

The demonstration effect of fast-spreading social unrest is making governments in the region more cautious. Reforms that reduce benefits or impose additional fiscal burdens will be postponed. Moderation will be the keyword of the new leaders who took office promising bold and decisive change. 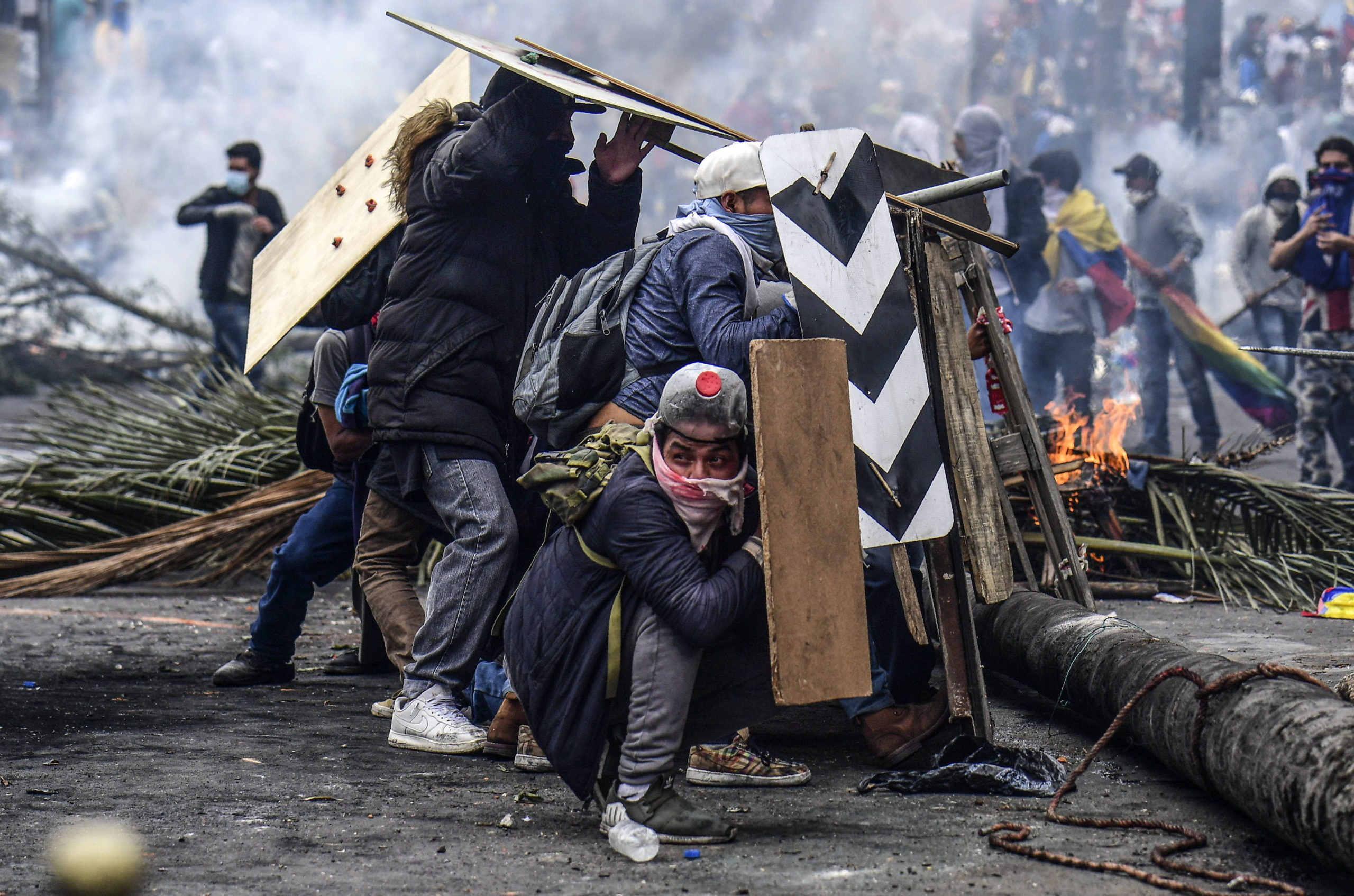 Tensions: Demonstrators in Ecuador clash with police during a protest against a fuel price hike ordered by the government to secure an IMF loan. (Martin Bernetti/AFP)

Each leader had his own idea of what needed to be changed. In Colombia, it was the peace agreements with the Revolutionary Armed Forces of Colombia. In Mexico, it was the neoliberal agenda (a broad target that includes previous market-friendly reforms but also infrastructure being built under public-private partnerships). The dominant theme in Brazil was the fight against corruption, and in Argentina it was ending the economic crisis.

But in all four cases, economic realities, external conditions and potential social unrest are restricting policymakers’ options. Just as Chile is veering to a more progressive agenda, Mexico’s President Andrés Manuel López Obrador and Argentina’s President-elect Alberto Fernández will need to attract the business community if they want to generate the jobs and prosperity they promised. Mexico has been on the verge of an economic recession and Argentina is mired in one. Both outcomes are self-inflicted. Market-friendly pragmatism rather than populist rhetoric is the only way out.

After a series of legislative setbacks, and a defeat in regional elections in October, Colombian President Iván Duque will continue abandoning his plans to change the peace accord. And despite his initial criticism of existing economic policies, he has maintained continuity, putting Colombia on a path of stability on that front.

Brazil is always a special case. President Jair Bolsonaro’s government passed a pension reform in Congress, and privatisations, especially in the oil and gas sector, are proceeding at full speed. Investors’ confidence is returning and could be consolidated even further if the announced structural tax reform is enacted. This makes Brazil the bright star in the region, despite Bolsonaro’s missteps and low popularity.

Slow growth, demands for greater social inclusion and better conditions for the emerging middle class are Latin America’s main challenges. Addressing them will not be easy. But the alternative — escalating populist rhetoric — would make things worse. Ideological extremism would alienate many, making it very hard to govern. As some leaders are already recognising, moving toward the political centre is the only sensible path to political survival and eventual growth-enhancing economic reforms. — © Project Syndicate