Firestorms: How Australia’s bushfires created their own weather

Australia’s bushfires have burned so intensely that they have hurled smoke as far away as Chile.

They have also created their own weather systems, including deadly “firestorms” that produce dry lightning and cannot be contained.

How do firestorms happen?

Scientists are still trying to understand how firestorms are created although weather, terrain, vegetation and the characteristics of the fire itself all play a role.

But the basics are always the same: large fires cause extreme heat and a large plume of smoke, which interacts with moisture in the air as it rises to create a cloud. 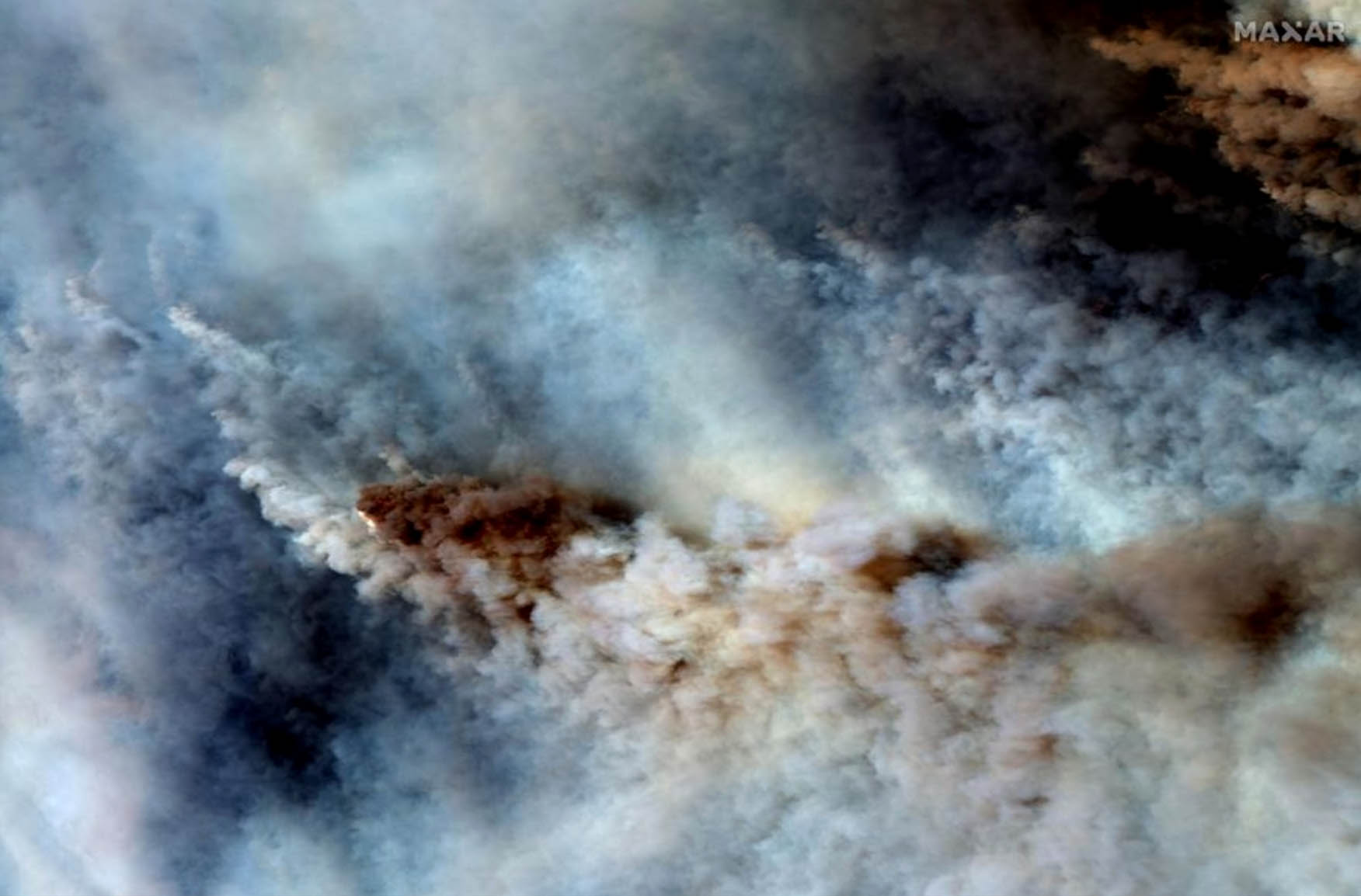 “In the right conditions the cloud can accelerate into the lower stratosphere,” explained Australia’s weather bureau.

“Collisions of ice particles in the very cold upper parts of these clouds cause a build-up of electrical charge, which is released by giant sparks—lightning. Having produced a thunderstorm, the cloud is now known as ‘pyrocumulonimbus’.”

Why are they dangerous?

Firestorms tend to produce very little rain, so the lightning can strike the dry earth and create new fires in the surrounding area.

During Victoria’s Black Saturday bushfires in 2009, lightning strikes caused new fires up to 100 kilometres away from the original blaze, but the danger does not end there.

Firestorms can also hurl embers up to 30 kilometres away from the place the storm occurred.

And the clouds can also produce powerful updrafts and “downbursts” creating extremely strong winds that can fan existing flames. They can even create fire tornadoes.

“Firestorms are the most dangerous and unpredictable manifestations of a bushfire, and are impossible to suppress or control,” said University of New South Wales researcher Rachel Badlan.

Can they be predicted?

“Predicting the weather component will eventually be possible days in advance, but predicting fire conditions will remain a significant challenge for some time,” Australia’s Bureau of Meteorology said.

Canberra-based researchers believe that so-called “deep flaming” — the depth of the active fire — is vital to understanding when firestorms occur and are studying the factors that influence a fire’s depth.

How common are they?

Between 2001 and 2016, 56 firestorms were recorded in Australia. They have also been observed in the United States, Canada, Russia and in Mongolia — mostly in forested areas.

But there are signs firestorms are becoming more frequent. In a six week period in 2019 at least 18 pyrocumulonimbus formed in Victoria alone.

Experts also believe that climate change is amplifying the conditions necessary for firestorms to form.

Researchers have predicted that by 2060 there could be a sharp increase in firestorm conditions and that they could begin to happen in spring as well as summer.