Suzuki Jimny is dynamite in a small, boxy package 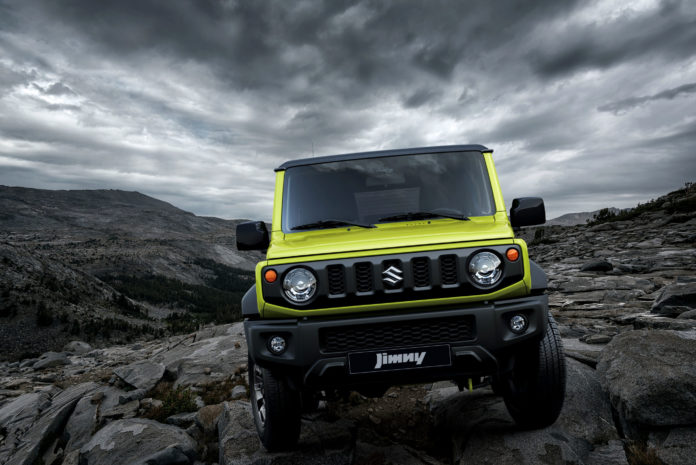 “Japan’s love of little things is legendary, with the Walkman in particular paving the way for a positive plethora of pocket-sized products; a compulsion that combined with a similar obsession with cuteness makes for a match made in heaven.” So reads the introduction to a Tokyo Times article on the launch, in 2009, of an iron so small that it looks to have been designed to press the clothes of a doll — and to be wielded by one.

In Japan’s vehicle industry, this deference towards the diminutive finds legal expression in an entire regulatory class of vehicle known as keijidosha, which generally translates into English as “light motor vehicle” or “mini cars”.

In Japan, and especially in its crowded, narrow-laned cities, mini cars are so popular that they account for more than a third of the market. But they have been much less successful elsewhere; most of the world prefers vehicles full-sized.But there are a few exceptions. The most prominent is the Suzuki Jimny, the pocket-sized 4×4 that can give any G-Wagen a run for its money and inspires intense devotion from its legion of fans.

After spending a week with the latest version of the vehicle — the 2020 Jimny — it is not hard to understand the appeal.There is no denying it: this is a small vehicle. A length of 364.5cm makes it 30cm shorter than a Honda Jazz, while its 170.5cm height is a full 12cm shorter than a Ford Ranger. This is not a negative. In a world of over-sized and underpowered SUVs, there is something refreshing about a 4×4 that is not trying too hard to assert its masculinity. And the compact size makes it easy to handle in city traffic, and highly manoeuvrable off road.

As my wife put it: “This looks like a car that even you can handle.” The boxy design owes a large debt to the iconic right angles of a Land Rover, and its interior finishings are sturdy rather than stylish — a deliberate and largely successful effort to prove that the Jimny is about form over function.

Where this philosophy really comes into its own, however, is under the hood. For this, the fourth generation of the Jimny brand, Suzuki has upped the engine size from a 1.3 litre to a 1.5 litre that provides 100 horsepower. Given its compact size, this means the Jimny can handle pretty much anything that is thrown at it, although there is no doubt that it is built for brute force rather than speed. And although the vehicle is marginally shorter than previous generations, the wheelbase is slightly longer, making for a smoother ride.

One negative is the fuel consumption, which, at 6.3 litres per 100 kilometres, leaves much to be desired.

The Jimny is a vehicle built to go anywhere, at anytime — as long as you don’t have any children or too many friends. Two people can travel in comfort in the front seat, but the back seats are largely decorative and make for a cramped ride. It is as comfortable scaling mountains and traversing deserts as it is on urban highways and narrow parking garages. It’s also really fun and, at R279 900, relatively affordable.