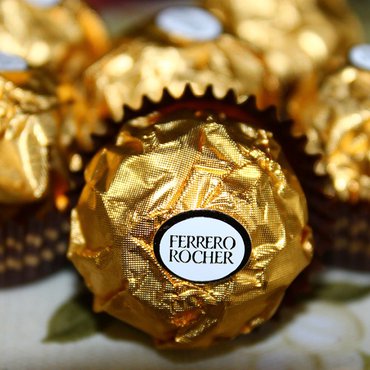 Workers at a Ferrero manufacturing plant in Walkerville are challenging their employment contracts with the chocolate giant at the Commission for Conciliation, Mediation and Arbitration (CCMA) in Vereeniging, south of Johannesburg, on Monday January 27.

The vast majority of the plant’s workforce – 257 out of 354 – are former casual workers. The case, which represents the first step in determining the place of zero hours contracts in South Africa, has been brought by 128 of these former casual workers. Of these, 92 are non-unionised and 36 are members of the United Chemical Industries Mining Electrical State Health and Aligned Workers Union.

Amendments to the Labour Relations Act in 2015 guaranteed casual workers the same rights as their permanently employed peers. After struggling to have these new rights enforced, the workers – who had previously been employed by Adcorp Blu, South Africa’s largest labour broker – became “deemed” employees of Ferrero in 2018.

The former casual workers, whose new contracts stipulate that they will “be treated … not less favourably than an employee of the company … unless there is justifiable reason for different treatment”, say this means that they are entitled to the same number of working hours as Ferrero’s permanent workers – a minimum of 40 per week.

The chocolate company, however, says that the change in legislation “does not require Ferrero SA to equalise the applicant’s working hours”.

As things stand, the 257 former casual workers are not guaranteed any work in a given month. Ferrero retains the discretion to offer them working hours as it sees fit. In the words of the company’s human resources manager, Shimi Mahlaela, “they are part-time workers who are called as and when they are required”.

Ferrero calls this a “flexible working hour arrangement”. The workers have labelled it “zero hours contracts”, an exploitative employment relationship that has been the subject of campaigns from Great Britain to New Zealand, where organised fast-food workers succeeded in having zero hours contracts outlawed in 2016.

There is one major difference between the Ferrero contracts and those being fought elsewhere in the world.

While zero hours contracts traditionally absolve employers of offering their workers minimum working hours, they usually also allow workers the option of accepting or declining whatever hours are offered. Flexibility of this sort gives both employer and employee greater choice, so the argument goes. But Ferrero’s workers are not afforded the option of declining whatever hours the company offers them on a weekly basis.

Numerous attempts to reach Ferrero for clarity on these contracts have been unsuccessful.

Thembisa Sigxakuma, 33, and Sthembile Ntshangase, 31, are among the women workers who make up nearly 70% of the workforce at Ferrero’s Walkerville plant. They say flexible hours have thrown their lives into disarray.

Unable to predict what her income will be, Sigxakuma, who worked three days in December and has worked nine days so far in January, can no longer put together a monthly budget. Her rent is the latest victim of her inconsistent income. After working at Ferrero for a decade, she has moved out of the room she rented in Greenfield near Thokoza and built herself a shack in a new land occupation near the Vaal.

Ntshangase, who like Sigxakuma is a single mother, says this kind of uncertainty has had perverse impacts on her ability to raise her family. Ntshangase rents a small room in Thokoza for R800 a month, which acts as a bathroom, kitchen, living room and bedroom for her, her sister and their five children. “This is my double-storey,” she jokes, standing in the middle of the cramped, tidy space. “I have been saving for it for 10 years!” This is Ntshangase’s 10th year at the Ferrero plant.

She says flexible hours mean she is neither able to plan nor budget for her children’s needs, and is often forced to rely on short-term loans.

“We can’t give our babies what they deserve,” she says. It is something Ntshangase was forced to suffer in silence recently when one of her daughters suggested that she and her siblings give up on school transport so they might have more to spend on food. Ntshangase’s children now walk 45 minutes unattended to school every morning.

In the context of raising a family on low wages, this arrangement makes saving for retirement almost impossible, according to Ntshangase. “With the salary I am getting, I can’t buy food,” she says. “The same time I get it, I spend it.”

Ferrero’s operations in South Africa include commercial offices in Sandton, a KwaZulu-Natal hazelnut farm and the Walkerville plant, where some of South Africa’s favourite luxury sweets are manufactured, including Kinder Joy and Tic Tac. The plant’s workers also package Ferrero Rocher chocolates.

The company, which makes up part of the world’s third-largest confectionery producer, claims never to have made a profit. It says the central reason that it cannot offer steady hours to its workers is a decline in demand for their products in sub-Saharan Africa owing to “political instability and economic downturn”. In its submissions to the CCMA, Ferrero says that unless labour costs at the Walkerville plant are kept at their current level, “it will most likely be closed down” and manufacturing moved to the company’s Indian or Turkish operations. Reports have emerged recently that many of the Turkish hazelnuts in Ferrero products are picked by impoverished Kurdish children, labouring as seasonal migrant workers for less than minimum wage. One of the company’s stated aims is “to safeguard the health, education and social development of children”.

This article was first published by New Frame