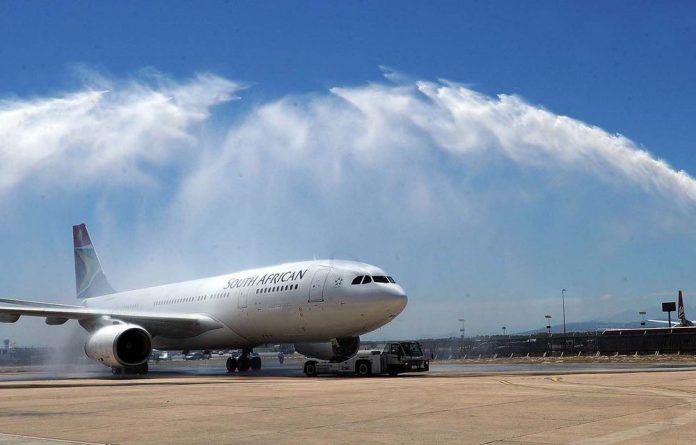 The National Union of Metalworkers (Numsa) and the South African Cabin Crew Association (Sacca) have vowed to “fight the battle for survival” for jobs at the embattled state-owned airline, South African Airways.

This is after Judge Graham Moshoana dismissed the unions’ application to have planned jobs cuts at SAA interdicted. On Friday, Numsa and Sacca argued that the airline’s business-rescue practitioners, Les Matuson and Siviwe Dongwana, are planning widespread retrenchments at the carrier without consulting workers.

Addressing the media shortly after the judgment was passed, Numsa spokesperson Phakamile Hlubi-Majola said that they are “disappointed” by the decision. “We view this decision as a travesty of justice. The Labour Court has taken away workers rights to have meaningful consultations regarding retrenchments.”

“Ten thousand families will be affected by this thing [job cuts]. This is a battle for survival and we will do absolutely everything possible to save workers jobs and to ensure that they are not railroaded into a fake section 189 retrenchment process,” she said.

The unions presented to the court an audio recording of one manager at an SAA branch in Durban telling workers that they will lose their employment from March 1. This is after the rescue-practitioners issued a statement earlier this month that Durban would be one of the 11 domestic routes that would be closed by SAA at the end of February.

Late on Thursday however, the woman heard in the recording filed an affidavit denying that she had informed employees of their imminent dismissmals.  This proved to be a blow to the unions’ argument as Judge Mashoana dismissed their application.

Numsa and Sacca concluded that the recording should still be considered because it proves that the rescue-practitioners are planning job cuts at the SAA without following the provisions of the Labour Relations Act.

In response to the unions’ argument, SAA said that Numsa and Sacca have jumped the gun in the retrenchment process and their application is part of a “publicity stunt” against the airline. Advocate Andrew Redding, who was representing SAA said that the recording presented by does not prove that the airline will be retrenching.

Redding however admitted that because the ailing airline is restructuring, job cuts are “necessary.”

Reading his judgement on Friday, Judge Mashoana said SAA has no duty to consult with the workers regarding job cuts because the airline was not contemplating the process.

“SAA has not contemplated dismissal and the duty to consult within the contemplation of section 189 of the LRA did not arise,”

Numsa and Sacca plan to appeal the judgment.