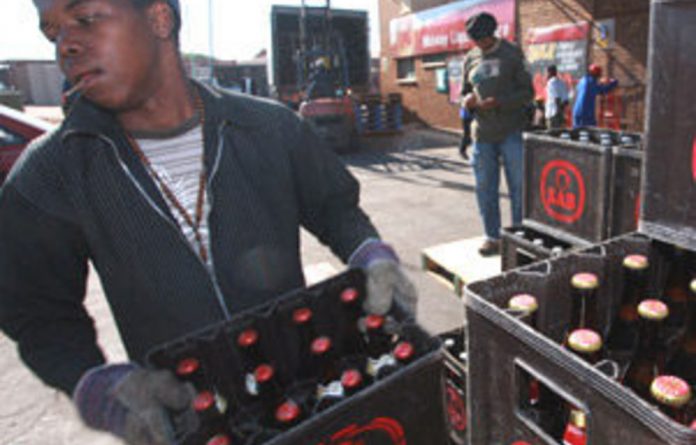 South Africa’s national lockdown to help to curb the spread of Covid-19 includes a ban on the sale of certain non-essential goods for the first time in the country’s democratic history.

The government has allowed the sale of only essential food items and equipment and tools for maintenance work.

Not allowed during the shutdown is the sale of alcohol and cigarettes.

Nongovernmental organisations (NGOs) working on drug policy have now called on the government to repeal the ban, because it may do more harm than good to society’s most vulnerable people.

“The intentions were in the best interest in containing the pandemic. But the potential risk and downside are much greater than any potential benefit,” said Professor JP Van Niekerk of the South African Drug Policy Initiative.

Van Niekerk said those people with enough money would have stockpiled booze and cigarettes before the lockdown began.

Those who buy piecemeal are left without.

“One of the reasons given to stop the sale of cigarettes was to stop overcrowding, but most people buy their cigarettes from spaza shops, which are far less crowded than your supermarkets where there are long queues. It again [further] disadvantages those who are already disadvantaged,” he said.

Government ministers said the measures to ban alcohol was meant to curb unnecessary socialising and physical contact in bars, pubs, taverns and shebeens during the lockdown period.

In recent press conferences, ministers said that the government would not consider lifting the ban on cigarette sales.

This is despite concerns that the black market trade of these products has grown exponentially. Some spaza shops are still selling single cigarettes at inflated mark-ups. Police have already stopped several convoys of illicit liquor at roadblocks set up to regulate the lockdown.

Another drug-policy activist, Shaun Shelly, who heads policy and advocacy at TB HIV Care, said the physical effects of prohibition on substance-dependent people could be shocking.

“We know that people who are alcohol-dependent who rapidly reduce their alcohol intake develop delirium. A lot of them are becoming vulnerable to many things, not the least of which is death. And in 1% to 4% of cases, you can see people dying,” Shelly said.

Shelly said as some alcohol-dependent people may seek to make their own alcohol, or seek alcohol in other products, in an act of desperation.

This could put their lives at further risk.

“When we saw alcohol prohibition in the United States [in the 1920s] we saw a burgeoning criminal economy because of the great margins that are to be made. You’d see the same here in South Africa if the lockdown went on long enough. You’d also see people take desperate measures looking for anything with alcohol in it to try to relieve the discomfort they are going through. And, no matter how dangerous we perceive a drug or substance to be, the street version is far more dangerous than something that is regulated,” he said.

There is also concern about what would happen to drug-substitution and needle-exchange programmes during the lockdown.

Most major cities in the country host programmes to help people who inject drugs such as heroin. These include needle exchanges and drug-replacement therapy.

There were fears that many drug-dependent people may not have been able to access these facilities because of the lockdown. But Shelly says most metros in the country are continuing with opioid-substitution plans.

Inadequate access to these programmes would mean many people would continue to share needles, and inject impure drugs they have managed to obtain.

“Many [substance-dependent] people are already vulnerable; they’re probably the most marginalised people in society. And, in a time like this, they will suffer. A lot of people are homeless and they are moved into places where we’re not often sure where they are. A lot of shelters won’t allow access to injecting equipment,” Shelly said.

“People who use unregulated street drugs are more vulnerable to infections like Covid-19. They often have compromised immune systems because of the effects of injecting with non-sterile injecting equipment. And when they go into withdrawal from the opioids, the symptoms are very similar to Covid-19 symptoms — nausea, headaches, muscle cramping,” he added.