Piet, the man of metal, kept on printing 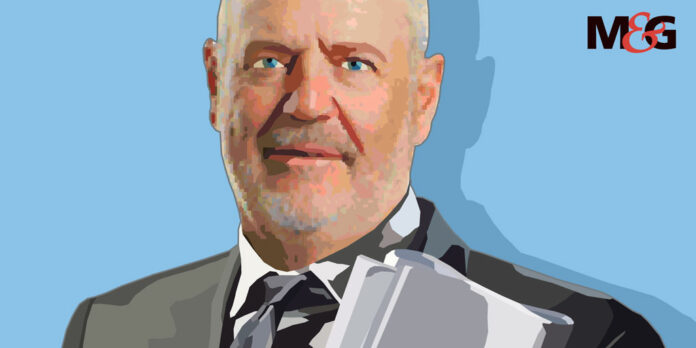 It was Ton Vosloo, the doyen of Nasionale Pers, who is said to have once remarked that the power and profits in print media lay at the metal — the printing press. Piet Greyling, the executive director and chief executive of Caxton and CTP Publishers and Printers newspaper division, personified this metal. That metal underscored his contribution to the success of the group he led, but it also characterised the effect he had on print media in South Africa.

I first met Piet in 2008 when I joined the board of the Print and Digital Media Association of South Africa (PDMSA). At the time, print media was at its commercial peak — how we miss those days — but Piet exhibited an uncanny foresight. I marvelled at his directness. He had a fascinating grasp of the numbers and would ask questions that would have members of the executive team scurrying for further detail. This was no surprise, given his background as both a chartered accountant and as a media executive, but there was always something more about Piet. He had a remarkable intuition for this business.

What also impressed me was his ability to scrutinise our financials, that were significantly smaller than the numbers he was more familiar with in his own domain. “Why would he care?” I kept asking myself. But Piet cared for this industry, and continued to serve as a director to what later became known as the Publishers Support Services, to his very end. His ability to achieve thoroughness and accuracy when accomplishing any task set to him will be missed.

He was someone you would always want to have on your side in an argument. He suffered no fools. But, make no mistake, when Piet praised you, you knew you were doing well. And yet, he had a disarming gentleness about him. He understood this industry — his roots were at Perskor and then later as chief executive of newspapers at Caxton. Piet was Terry Moolman’s right hand man and together they built a successful printing empire with a market cap that runs into the billions. Moolman is said to have made no decision without Piet’s support.

After many years of trying to coax the Mail & Guardian’s printing contract back to Caxton, I was forced to seek his assistance in August 2017. The sector was experiencing difficult times and I needed to find additional savings to help us through this period.

I began with my industry peers, with whom I had enjoyed great support when I served as the PDMSA’s president from 2011 to 2014.

The first group I approached used the information I shared to gratuitously spread word that the M&G had once again fallen on desperate times. I was inundated with calls about our future from colleagues at that particular organisation. The next group I approached thankfully did not bother to respond. Had they, I would have probably spent most of 2019 and 2020 in the company of lawyers and our Deputy Chief Justice, Raymond Zondo, who heads up the commission of inquiry into state capture.

And then I approached Piet.

“Don’t you come here playing my pricing up against others, ” he warned me, reminding me that I had done this before. But before I could feel the crush of disappointment, he continued, “But I have a solution for you.”

Not only was the new costing significantly more favourable, Piet also extended a credit facility to us. He breathed another lease of life into the M&G. For this, we will be eternally grateful to him for his unwavering support of our cause. It enabled us to remain independent at a crucial time in the history of our country.

I visited Piet occasionally at his factory-style offices in Industria, adjacent to the printing presses. The office was so shorn of pretence that you almost expected your coffee in an enamel mug. This was Piet’s preference — the bottom line came first. We can all learn from him, and I regret not having visited Piet more frequently. He had a great sense of humour, he smiled often — even when he was arguing against you. My experience of him was as a business colleague, mentor and friend.

I was surprised to learn he had been admitted to hospital when I sent him a text message three weeks ago asking about his response to the lockdown. He was relieved that print media was assigned an essential service accreditation. I wished him well as he gave me the sense and comfort that his prognosis seemed positive.

Last weekend, I began writing an email to him telling him about the M&G’s response to the Covid-19 crisis (strategically placed in it was a plea for leniency on our print bill). But for some reason I did not press the send button.

On Monday morning, Rob Hards, who is now at Caxton, conveyed the message that Piet had died.

I had planned to one day stand in front of a sizable audience and thank them for their contributions to the success of the M&G. Piet would have featured prominently. Through that steely demeanour similar to that of a mighty giant printing press, was a heart of caring and kindness that will be etched into my memory and the legacy of the M&G forever.

Our thoughts and prayers are with his wife Martie, his sons Righardt and Armand and their extended family as they mourn their loss. Our hearts are also with Terry, Rob and Jaco, all his colleagues and friends at Caxton and elsewhere in the industry. As we navigate this extraordinary time, may we continue to honour the memory of Piet Greyling by keeping the metal of the presses humming.

Hoosain Karjieker is the chief executive of the Mail & Guardian