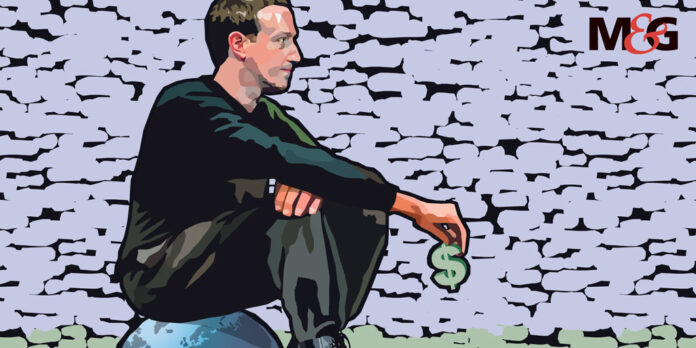 When the world was shifting from 1999 to 2000, the Y2K theory dominated conversations. The belief was that computers had been created in the 20th century and would struggle to transition from the date format of 1999 to 2000. The theory gained traction either because of the perceptions of the low sophistication of computers or the efficiency of conspiracy theorists.

From the time the first computers made it to public showrooms and shop floors, the improvement in their quality, capacity and sophistication has escalated at an exponential rate. That has been even more evident over the past 20 years.

As computers and computing technology became the great enabler the traditional barriers that previously defined the state were gradually reduced because access to resources became a question of technological prevalence rather than geographic location. The evolution has created new, bigger and more global businesses.

The rise of the multinationals has been a story long in the making. Whereas transnational businesses had been globalising from the days of the Dutch East India Company, a limitation had been the question of physical and regulatory barriers.

Additionally, the countries had unique issues that influenced how they dealt with the arrival of multinational companies and the opening up of supply chains.

Issues relating to securing employment for citizens and getting the right social compensation in the form of taxes and levies became central to policymaking. The common response was the creation of rules and regulations to guide the conduct of companies operating across borders. Organisations such as the World Trade Organisation were created to monitor the trends and practices and ensure the fairness of the global marketplace.

The unavoidable problem was that for as long as there was inequality in relation to natural resources, endowments and infrastructure, some countries were always going to be better off.

The question of how to achieve equity in international trade has been and will remain difficult for as long as one country has gold resources, another has oil and a third one has little in the way of natural or harnessed resources.

Countries seeking to achieve an advantage in an imbalanced global order did what they thought was best for them and their citizens. The creation of tax havens — where countries with little else to offer than the promise of insulation from taxes — became a common feature of how the world of trade developed.

As entrepreneurs and large corporates sought to find the best deal for themselves, shopping for favourable tax jurisdictions became a business practice rather than an exception. What enabled this to happen is the lack of universal tax regulations and also the transparency gap that exists in many nations.

In 2014, Facebook paid just £4 327 in taxes in the United Kingdom despite generating revenues of £105-million. For a company whose business model is driven by users connecting with each other, this caused consternation — particularly when, in 2013, Facebook proudly proclaimed that a third of UK citizens were using its platform every day. (Globally, Facebook had made profits of $2.9-billion.)

This imbalance in business presence versus tax burden — characterised by companies registering parts of their business in countries where nothing more than an office exists with little underlying economic activity — is universally regarded as an unfair business practice.

A fix for this imbalance has, however, proved elusive.

In response to the public uproar relating to its UK taxes, Facebook did commit to being a better corporate citizen and paid more than £4-million in taxes in 2015. The importance of the UK market and the need to stay on the right side of regulators and social observers was critical enough for Facebook to reform its practices somewhat.

The unresolved problem is that Facebook’s response was not adopted universally. It is debatable whether similar reservations about multinationals who do not pay their fair share of taxes in countries with far less clout would get the same reaction that the UK got from Facebook.

The key dilemma relating to the rise of multinational companies is that they now operate with equal prominence in places where proper regulation and oversight exist and also in places where little in the way of corporate accountability can be enforced. And when countries find themselves entangled in outdated taxation systems and inconsistent treaties, the ability to enforce the multinational companies to pay their fair share of taxes is diminished.

Historically the reaction would be to simply prohibit a company from operating in a country until all compliance boxes are ticked. This is easy enough when a factory or office block is the place to go to enforce compliance.

In an age where so much of the business activity is activated and facilitated through the touch of a button, the question of whether countries like South Africa know how many of us are signing up for Netflix or watching Google ads every day is less clear.

The rise of the multinationals and their ability to transcend borders and exist without a physical presence has come at a significant cost for traditional and local businesses. Netflix has displaced the SABC by offering premium content accessible at the convenience of the user.

But it also poses problems for MultiChoice, which has to pay all due taxes in South Africa and whose every single customer activation triggers additional fees and taxes. It now argues that the competitive landscape is not balanced if Netflix is not subjected to the same scrutiny and tax obligations.

The distribution of news on Facebook and Google without compensating the curators of the news is accelerating the demise of the media industry. In Australia, a decision to force Google and Facebook to pay for news to protect the traditional media from being cannibalised has drawn expected condemnation from the two megacorporations.

The step taken by the Australians is a reflection of what more governments are contemplating. Reuters reported that Google said in October it plans to pay $1-billion to publishers globally for their news over the next three years. It has also signed copyright agreements with French and German newspapers.

The unavoidable reality is that if the playing fields are to be levelled, the end-user will have to contribute to the solution. If it turns out that Netflix’s tax burden in South Africa is at odds with its business presence, the imposition of the right tax will lead to increased tariffs that will be borne by the consumer.

If the ability of any individual to convert their home into an Airbnb overnight without having to worry about tourism levies is the current practice, it clearly disadvantages those accommodation businesses that are subject to the levies.

This takes us back to the historical tension we have seen with industrialisation and automation — the need to balance individual convenience against the wider social consequences. We see this in the banking sector where the individual’s desire to transact from the comfort of their home on a computer or cell phone directly reduces the demand for tellers at branches.

This is an unfortunate outcome in a country where the unemployment crisis persists. And whether one then decides to improve regulatory practices and ensure fairness or simply take the type of bold steps preferred by the Australians, the way things are simply won’t do.

So 20 years from the time when some people thought technology would be too slow to make the transition it now appears that its pace is more threatening to many more industries that few countries can afford to lose.

Khaya Sithole is a chartered accountant, academic and activist who writes regularly for the Mail & Guardian and discusses the issues raised in his columns on his Kaya FM radio show, On The Agenda, every Monday from 8pm to 9pm