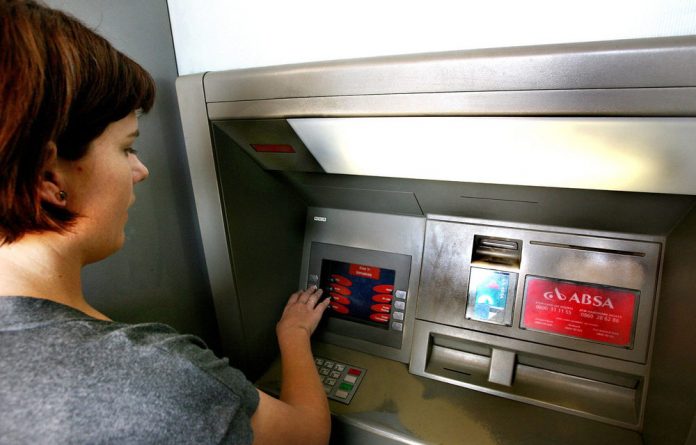 In the past year, the number of people saving their money has increased even in the midst of some of the lowest interest rates, a trend analysts say is very unusual. Savings increased by 3.36 percentage points from February last year to February 2021, according to data from the South African Reserve Bank.

But South Africa has a low savings rate. The gross nominal savings rate was measured at 15.9% in September 2020, compared with 11.1% in the previous quarter. But this is low compared with the world average of 25.1%.

In an environment where interest rates are low, this is an inverse behaviour, because lower interest rates usually encourage people to spend more money. One analyst said the low rates did not quell people’s fears that joblessness will spread, and the economy will continue to shrink or grow by a small margin.

When the pandemic hit, many countries’ central banks acted quickly and eased their monetary policies by cutting rates and selling government bonds.

In the United States, the Federal Reserve encouraged banks to borrow from it by pledging their assets as collateral to minimise the risks the central bank would take. This was done to cushion the blow from the lockdowns and the depressed global economy.

The South African Reserve Bank cut rates by a whopping 300 basis points, putting the repo rate at 3.5% while the prime lending rate was reduced to 7%. This was a significant cut in one year. For instance, during the 2008 global financial crisis, the bank cut the repo rate by 650 basis points between November 2008 and November 2010.

Stuart Theobald, chairperson at Intellidex, a research and consulting firm specialising in capital markets and financial services in Africa, said this sudden increase in savings was being seen in many countries.

“Individuals are thinking, ‘what if I lose my job because of the recession? What if I get less income or one of my family members get retrenched, and I am the only one who is supposed to support my family?’”

Nevhorwa said that even in the low-interest rate environment, people did not care about returns, “they just wanted to preserve the money, and they did not want to take risks”.

He said the growth in savings could also be attributed to the hard lockdown, when people could not spend their money. But he notes that even after lockdown measures have been relaxed, deposits continue to grow “at a higher rate than before”.

But, according to Theobald, this trend usually occurs during recessionary conditions, when individuals have precautionary savings in the face of uncertainty.

“The precautionary motive to save is common whenever people feel uncertain about the future. Certainly, there have been elements of that caused by the pandemic. But forced savings was also a feature.”

He added that earlier in the pandemic, there was some anecdotal evidence showing some preference for equity markets as a way of saving.

For instance, Theobald said EasyEquities, a South African online platform that allows anyone to buy shares in companies worldwide, reported strong inflows into its accounts.

“If this were a general trend, it would have been a good investment for retail investors, since markets dived when lockdowns began in March last year, it has recovered by about 80%”, he said.

Zoning into EasyEquities’ interim consolidated results for the six months ending on 28 February this year, the company showed that its revenue increased by 197.6% to R85-million. The platform assets increased by 70.3% to R26.9-billion and funded retail investment accounts increased by 161% to 519 816. This, Theobald said, proves there was also growth in this market.

Other evidence of this is Bitcoin prices hitting highs of $64 000 earlier this year and the rise of non-fungible tokens.

But Nevhorwa explained that it was only people who had the appetite to take risks and were not afraid of losing their jobs who put their money in the equity market.

Although this is not good for the economy, he said it was suitable for individuals who have now started to save their money and for the banks.

Theobald said a quick vaccine rollout would give people more confidence to go out and spend rather than save.