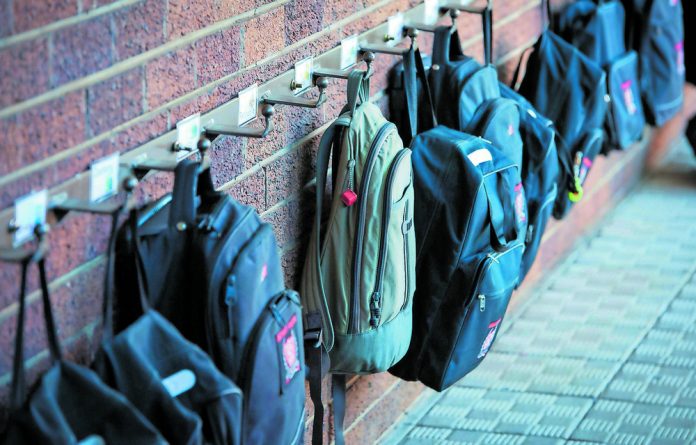 A few years ago I covered a story in KwaGuqa township outside eMalahleni in Mpumalanga where girls had to sign a form committing themselves to not becoming pregnant. If they did, they would be kicked out of the school.

This was part of the school’s way of dealing with pregnancy, the rates of which were allegedly high. So the principal and his team decided that this was the best method to use.

Over the past few weeks I have come across news articles that detail other disturbing actions by principals.

Last month the Sowetan reported that a principal had barred a learner from returning to school after she gave birth. The principal told her that she had missed too much work and therefore could not be allowed to continue with her education.

Another principal in the Eastern Cape kicked a learner out of the school’s hostel for failing to pay fees even though the child — who is an orphan — had years ago been exempted from paying not only boarding fees but also school fees because of her dire financial situation. But this principal woke up one day and decided to kick this child out from school.

The grandmother went to the school to understand what the issue was. She is quoted in the Daily Dispatch as saying : “He kicked me out of his office like a dog.”

Principals are the chief executives of schools and are supported by the board — the school governing body. But ultimately they make the decisions about the school’s daily operations.

These few examples show how some schools are run by rogue elements who treat these institutions like their own home and have little to no regard for the law.

It is worse in rural and poor areas where often the guardians of the learners are either grandparents, many of whom are illiterate, or parents who are not well versed with some of the laws that govern schools.

In these schools — as demonstrated in the examples — principals run the schools with impunity and disrespect not only the learners, but also the parents or guardians.

These principals also do not respect or seek any guidance from the school governing body and those in the SGB often bow down to whatever the principal wants.

What often struck me about the stories of rogue principals is how they not only disregard the basic human rights of the land but also make up “laws” as they go along and do not follow those that do exist for schools. For example, the South African Schools Act is quite clear about how to deal with learners who are pregnant. Section 5(1) of the Act says that “[a] public school must admit learners and serve their educational requirements without unfairly discriminating in any way”.

It is there in black and white for the principal to read.

The same applies to learners who are unable to pay school fees or do not have money to buy the correct jersey or shoes. There are laws to guide principals on how to handle these matters. But often their first reaction is to humiliate the learners and their parents.

We do not need rogue, prejudiced or ignorant principals to lead our schools. We need principled leaders who are empathetic and follow the laws of the country and those prescribed for the education sector.

It’s better to help rather than punish teen mothers