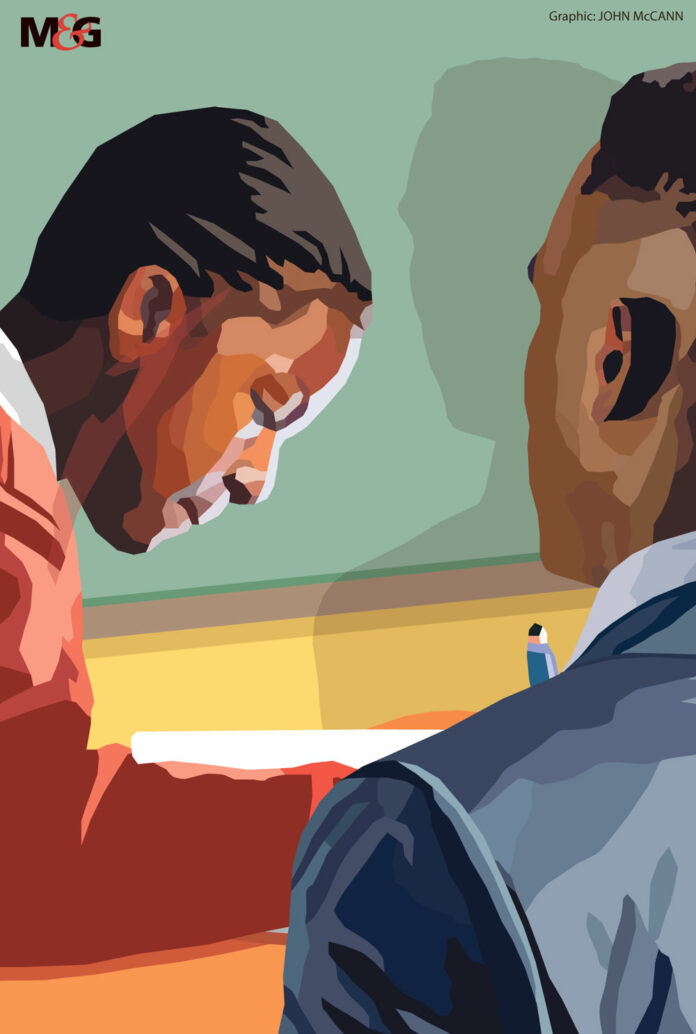 Structural inequalities and injustices, rooted in the colonial- and apartheid-era racism, oppression and exploitation remain stumbling blocks of fundamental transformation in South Africa. This is particularly evident in the education system, where incidents of racial discrimination and tension make newspaper headlines regularly, with the latest taking place at Höerskool Jan Viljoen in Randfontein, Johannesburg.

Black parents in South Africa are often faced with the harsh reality of the anti-Blackness of the education system. Their children face challenges as they navigate an environment characterised by covert racial discrimination through school application processes, policies, codes of conduct, activities, management, and the curriculum of both private and public former model C schools.

Although this may have been the norm during apartheid, there is no rationale for the maintenance of the status quo almost three decades into democracy. To have a truly transformed society, systemic change needs to happen at all public and private institutions regarding access, equity, institutional culture and representation.

It cannot be that more than 30 years after the former model C schools opened their doors to Black learners, the only figures of authority who those children interact with at those schools look and sound nothing like them, and the people who do are engaged in the menial work.

Much has been said, researched and published about the transformation of higher education in South Africa, spurred on by the 2015-16 Rhodes Must Fall and Fees Must Fall movements. It was during this period that white institutional cultures, Eurocentric curriculums, and social and epistemic injustice was heavily critiqued. Institutions of higher learning were found wanting in transformation and many had to implement policies that would begin the process of transforming university spaces.

This presented an opportunity for South African policy makers, leaders and educators at the basic education level to do a thorough introspection into the tardiness of transformation in former model C schools. However, not much, if anything, has been done on this. Although the former model C schools are open to Black learners, no concerted effort was made to ensure that the learning environment is inclusive and diverse beyond learner demographics.

Children spend most of their time at school and their experiences of school shape their perceptions of self and expectations of the world. The schooling system is already based on a Eurocentric model that is steeped in Western epistemology, traditions and ways of life. Exposing learners to white teachers means only deepening the entrenchment of white domination and Eurocentrism while further alienating Black learners from their own culture, tradition, epistemologies and way of life.

Compounding the problem of some white teachers’ cultural misunderstanding or indifference, research suggests that a gap exists between white teachers and Black learners that is exacerbated by powerful social conditioning that cultivates actual negative attitudes towards Black learners. Many white teachers work from within a racially and culturally discriminatory and exclusionary system, which often predisposes them to bias against Black learners.

An untransformed school environment, in which whiteness remains the norm, further creates prejudiced perceptions about who authority figures are, what they look like and who can be considered intellectually knowledgeable. It also shapes the perspectives of white learners of where Black people belong within the hierarchy of knowledge, skills and authority. White learners then carry these notions into the institutions of higher learning and later into the workplace, where they undermine the authority of Black people in more senior positions.

Having Black teachers in the classrooms of what are commonly still considered “white schools” would not only be beneficial to Black learners, but to learners of all races. There are cognitive benefits when children are exposed from a young age to diverse authority figures, knowledge systems and cultures. This prepares them to function better in a pluralist society in which they exist, work and live.

A genuinely and fundamentally transformed education system can help to re-educate white educators and learners and prepare them to engage with Black people beyond their roles of servitude as cleaners and gardeners in their homes and schools. At the same time, it would afford Black learners the opportunity to feel represented in their learning environments and to foster relationships with adults of a similar background, who understand and acknowledge them.

What is being taught in schools is equally as important as who is teaching it and what delivery method is being used. The fact that white teachers are still the majority in the former model C schools ensures that the worldviews and attitudes of the minority continue to filter into the learning unchecked.

Almost three decades after the end of apartheid, the question remains: Are Black educators not applying for jobs at former model C schools, or are their applications not being considered? The schools that employ Black teachers often do so to teach African languages, or to simply tick the “transformation” box, again creating a narrative around Black educators’ capabilities.

Some of these schools employ Black educators but do little to nothing to create conducive working environments for them or offer protection, support and assistance when faced with racially motivated challenges from learners and parents. It is time for intervention from the government and policy makers to push for diversity, equity, inclusion and representation in the employment of staff at all levels.

Progressive Black educators — if given space and support to contribute to change — would disrupt the one-sided Eurocentric portrayal of education, authority, the world and what is possible. This way the quality of education in South Africa would improve, and all learners would benefit.

Awethu Fatyela has a BA honours in corporate communication and is a communication officer at Stellenbosch University’s Transformation Office. She previously worked as a researcher for the Economic Freedom Fighters in parliament.

Awethu Fatyela
Awethu Fatyela is a communication officer at Stellenbosch University’s Transformation Office. She previously worked as a researcher for the Economic Freedom Fighters in parliament.
Facebook
Twitter
WhatsApp
Linkedin