Allowing the manipulation of the genes of indigenous wildlife species through their listing as domesticated wildlife under the Animal Improvement Act will erode the genetic integrity of South Africa’s wildlife heritage, says the SA Hunters and Game Conservation Association.

It started legal proceedings against the department of agriculture, land reform and rural development in December 2019 in the high court over the listing of wildlife in the Act, which promotes the intensive and selective breeding and cross-breeding of animals. The new list features 38 indigenous wildlife species, including lions, cheetahs, rhinos and threatened species such as bontebok, blue duiker, roan antelope and oribi, together with livestock.

In a recent paper in the South African Journal of Science on the “implications of the reclassification of South African wildlife species as farm animals” under the Act, several wildlife experts warned that the law will not improve the genetics of the species but will have negative genetic consequences and pose ecological and economic risks.

“Domesticated varieties of wildlife will represent a novel, genetic pollution threat to South Africa’s indigenous wildlife that will be virtually impossible to prevent or reverse,” they stated.

Last week, a high-level panel report on how South Africa deals with its wildlife highlighted the “misalignment” and problems caused by overlapping mandates of the department of environment and the department of agriculture. 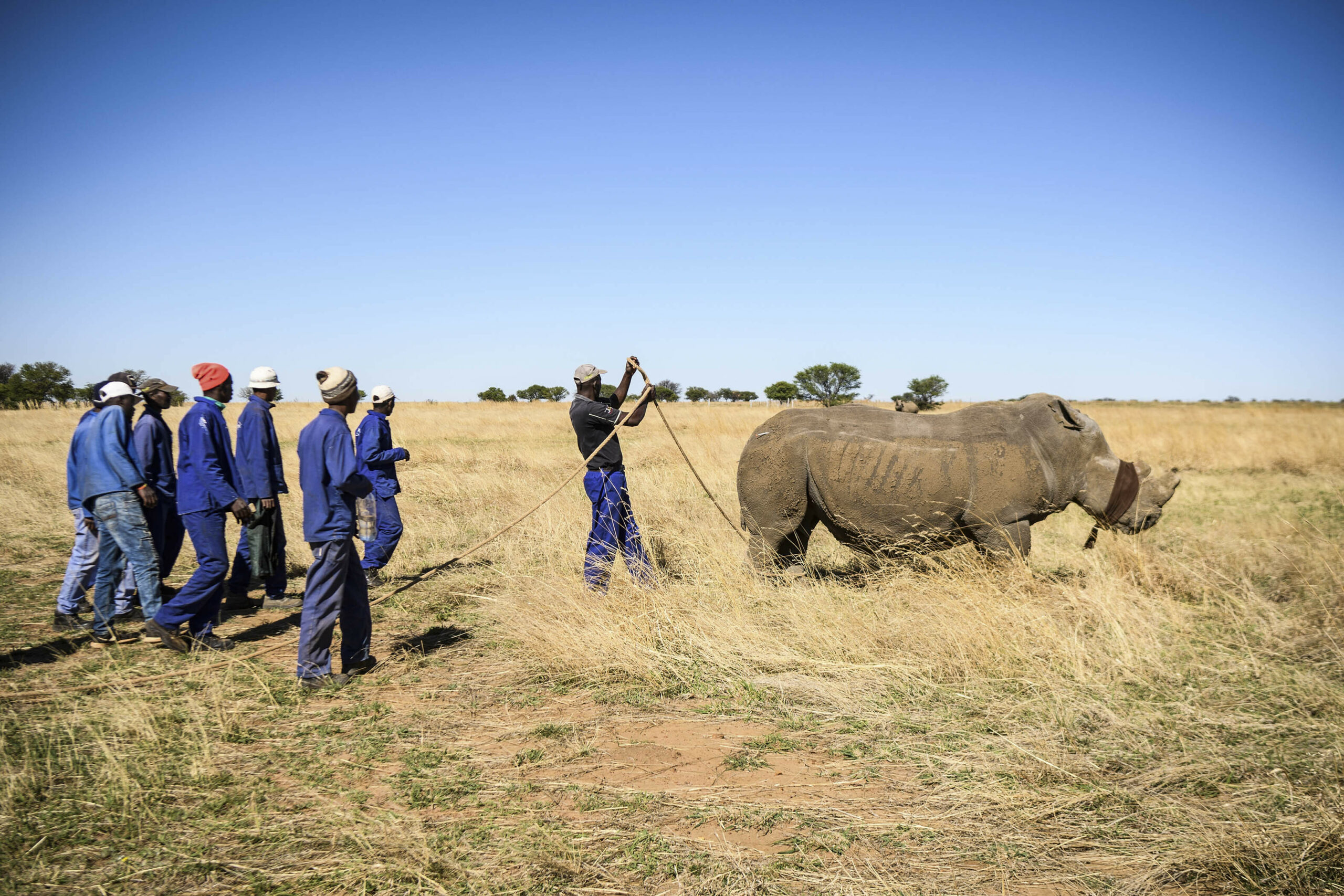 On 2 May, the minister of forestry, fisheries and the environment, Barbara Creecy, released the panel’s report, which recommended ending the captive lion industry and phasing out rhino captive breeding operations.

Lizanne Nel, the conservation manager for SA Hunters, argues that Creecy is urging valuing wild populations. At the same time, the agriculture department has listed indigenous wildlife species under the Act, which allows for the domestication of wildlife through agricultural production.

“Wildlife should be wild and valued as such,” said Nel.

The Endangered Wildlife Trust has also launched an application in the high court, challenging and seeking the review of the decision to list wild animals in the Act.

Nel said the amendment was done without consulting the wildlife sector and considering the “potentially harmful impacts on the species in question, the eco-tourism and authentic hunting sector and the country’s broader wildlife economy”.

“By allowing manipulation of the genes of our indigenous wildlife species through the listing of these species in terms of the Animal Improvement Act, the genetic integrity of our wildlife heritage will be eroded and the administrative burden to attempt to keep manipulated populations, and those that are pure separate will increase conservation costs to both government and the private sector.”

She said that despite legal instruments forbidding gene mixing between various subspecies, it does occur. “Recent examples include the mixing of bontebok and blesbok, blue wildebeest with black wildebeest and West African roan with Eastern and Southern roan populations, even though biodiversity regulations do not allow this.”

The agriculture department did not respond to a request for comment from the Mail & Guardian. But in an answering affidavit on 7 April to the legal action brought by SA Hunters, Joel Mamabolo, the director of animal production at the the agriculture department, said the objective of the Act is to provide for the breeding, identification and use of genetically superior animals to improve the production and performance of animals in the interest of the country.

The amendment related to farmed game animals. Game farmers, he said, who wish to reproduce or embark on specific animal genetic improvement will have to get permission. There was no control over the animal improvement industry as far as game animals are concerned, or over the registration of donor animals “which can and has led to inbreeding problems” in captive breeding programmes, including serious genetic defects, and over the collection and sale of the genetic material of game animals, he said.

Declaring game species as animals for the Act “will promote food production, control over inbreeding, cross-breeding and sustainable utilisation, conservation and preservation of the gene pool. Consequently, protect the genetic integrity of the listed animals.”

In February last year, the agriculture department proposed expanding the 35 domesticated animals and wild game species, the commercial slaughter of which is regulated under the Meat Safety Act, to a new list of more than 90 non-indigenous and local species, including rhinos, hippos, giraffes and elephants, that may be slaughtered as food for human and animal consumption.

Ashleigh Dore, the wildlife and law project manager at the Endangered Wildlife Trust, said the amendment to the Meat Safety Act as read with the proposed regulations on game meat — if and when they are promulgated — aims to facilitate and regulate the processing of meat from game animals that have been hunted or culled.

She said the Endangered Wildlife Trust does not support the increasing tendency for industrial-scale production and management of South African wildlife “when these are not in line with the principles of ecologically sustainable use and have no conservation benefit. Therefore, while we wholly support the move to create a legal framework to support the commercial sale of game meat from wild animals from natural free-living conditions, we do not support the intensive and selective breeding of wild animals for commercial meat production.”

Melissa Lewis, the policy and advocacy programme manager at BirdLife South Africa, said even if the Meat Safety Act is amended to include additional wild species, this doesn’t necessarily imply these animals will be domesticated for meat because this is also a statute that is intended to be used to regulate the safety of meat from hunted game.

“The mistrust in government’s intentions, however, stems from the coupling of these proposed amendments with those of the Animal Improvement Act.”