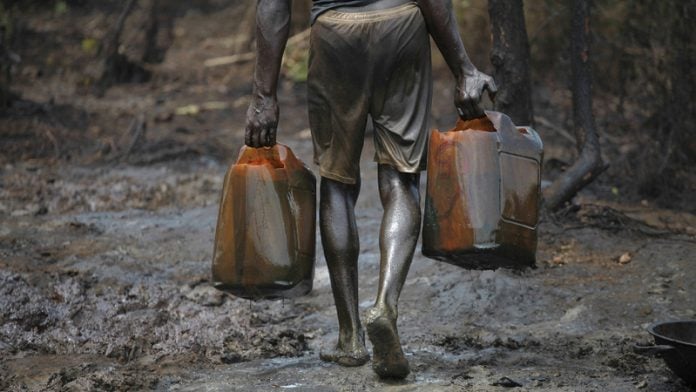 Binding due diligence laws are necessary to enforce legal liability for corporate violations of human rights and avoid the exercise becoming mere box-ticking process for big corporates, a panel discussion heard on Tuesday.

During the discussion hosted by Rosa Luxemburg Stiftung in partnership with the Mail & Guardian at the annual Mining Indaba in Cape Town, one of the world’s leading human rights frameworks – the United Nations Guiding Principles on Business and Human Rights (UNGPs) – came under the spotlight.

This was especially so in light of the currently halted seismic exploration by Shell on the Wild Coast.

Shell requires its major projects and facilities to develop a social performance plan “that defines the actions of managing the possible positive and negative impacts on communities”, noted Sikho Luthango, the programme manager at Rosa Luxemburg Stiftung in South Africa, citing the petroleum giant’s annual report.

“As part of their social plan, the company is required to identify and understand the social environment and the stakeholders who may be potentially vulnerable to possible human rights violations … the social performance plan requires them to avoid, minimise, and to mitigate, potential impacts on traditional lifestyles and of indigenous people, including the avoidance of involuntary resettlement,” Luthango said.

Luthango said the fact that Shell had obtained exploration rights to carry out a three-dimensional seismic survey for oil and gas was an example of “how the human rights due diligence can become a meaningless tick-box exercise in the context of voluntarism”.

Johan Lorenzen from Richard Spoor Inc Attorneys agreed that there was a downside to frameworks such as UNGPs which were voluntary, with no consequences for companies which did not comply with them.

“We need to reflect on the impact of making these standards voluntary … By not enforcing it you create an environment where companies trying to uphold standards are less competitive than their counterparts who cut corners and see no real consequences for choosing not to comply with standards,” Lorenzen added.

He said despite Shell committing to it publicly, the firm had not consulted people and indigenous communities who might be directly affected by the exploration of oil and gas.

The M&G reported in late December that a coalition of Wild Coast Communities, Dwesa-Cwebe Communal Property Association, Sustaining the Wild Coast NPC, representatives of the Kei Mouth and Port St Johns fishing communities and traditional healer Mashona Dlamini, represented by Tembeka Ngcukaitobi, had told the Makhanda high court they were not consulted prior to the approval of the environmental management programme report.

In a victory for communities who filled the void when the country’s governance did not, the court granted an urgent interdict halting further seismic exploration by Shell on the Wild Coast. Additionally, the court ordered Mineral Resources Minister Gwede Mantashe and BG International, a part of Shell, to pay the costs of the applicants.

To enhance the non-binding UNGPs, the UN’s framework can be “operationalised through the enactment of national laws such as mandatory due diligence laws to protect the human rights of vulnerable groups”, Luthango said.

Co-panellist Melanie Müller from the German Institute for International and Security Affairs concurred, saying it was important to move beyond voluntarism in human rights due diligence frameworks.

Müller noted that European countries such as France, the Netherlands, Norway and Germany had adopted binding due diligence laws, in what was described as a “trend towards national legal liability for business violations of human rights”.

In Germany, companies that employ more than 3 000 employees must enforce due diligence laws as soon as 2023.

European countries that adopt due diligence laws to comply with human rights frameworks would have a shared responsibility to hold businesses around the world, including South Africa, accountable when doing business with them.

The matter pitting Shell’s seismic survey against small-scale fishers from the Amadiba, Cwebe, Hobeni, Port St Johns and Kei Mouth communities, Sustaining the Wild Coast and All Rise Attorneys for Climate and the Environment, will continue on 30 May.