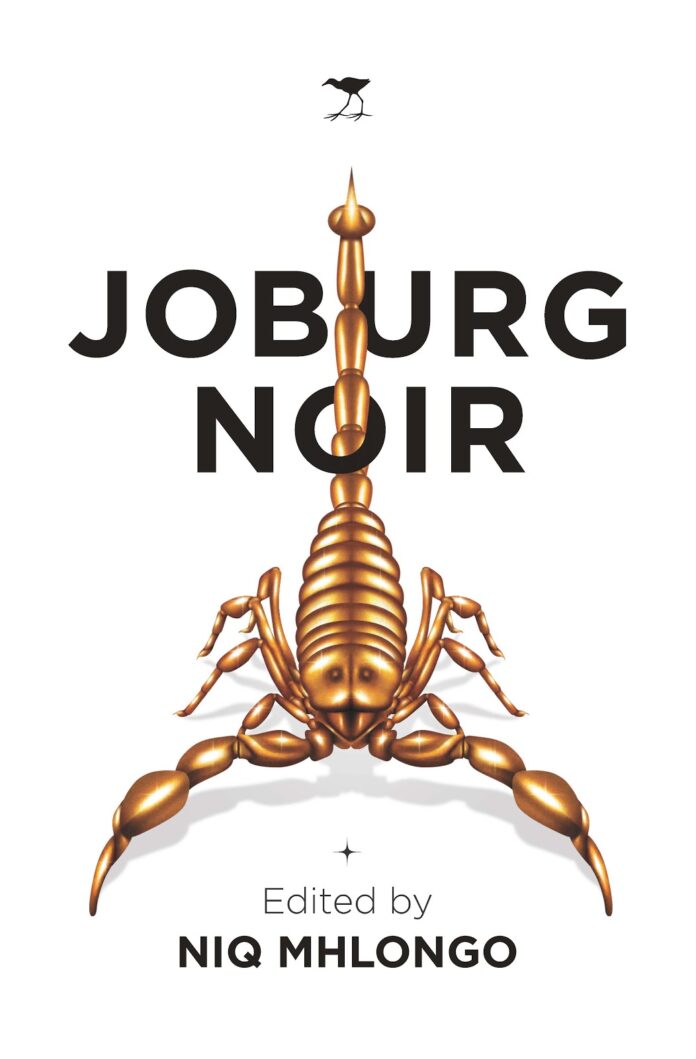 Sunday, 10am. The sun hesitates behind the yellow mine dumps. It has a hangover, the sun. Just like me. Just like us. The five of us sitting on upturned beer crates. In the yard in front of our house in Mshenguville, Soweto. A three-bedroom affair with a kitchen, lounge, dining room, three garages, and two carports. A mansion by the standards of our neighbourhood. All that’s missing is a swimming pool.

There’s a fire going on the braai stand. Steaks and boerewors sizzling. The smell of the meat is making me nauseous. Why am I here?

“Don’t burn the meat, you fool,” says Mathousand to Sbhamu. Sbhamu grabs the tube of boerewors with his fingers. The sizzling boerewors burns him, and he drops it back on the grill.

Goldie scoops a handful of chillies from the basin at his feet. “Should help with the appetite,” he says, throwing two chillies at me. I grab them. I am famous for my bad appetite. Mathousand removes two steaks from the fire and sets them on a wooden tray. I reach into my back pocket for a knife. I start cutting the meat. Sbhamu snatches the knife from me.

“You didn’t wash your fucking hands!”

Mathousand pulls out his gun and shoots an empty beer bottle at my feet. I leap into the air, crying out, “What the fuck!”

Sbhamu says sorry. He squats and uses my knife to chop the meat into pieces. Mathousand turns to me: “You heard the man. Go and wash your hands.”

I scurry away. By the time I come back, they’ve already started eating. I don’t complain, as I have no appetite, after all. Why am I here? That’s not even an existential question. I need to lie down. I haven’t slept in nearly two days. I’m irritable. But we are here waiting for a client. A girl …

I grab a fistful of pap. I bite into a chilli and tear off a piece of meat. Slowly, my appetite begins to improve.

Sbhamu, chewing with his mouth open — nxamf-nxamf-nxamf! — gets up on his feet. He rescues a Castle ngudu from the icy misery of the cooler box. He cracks the bottle open with his teeth. He pauses from chewing his food, tips the bottle to his lips. Gurglegurgle, the amber liquid sings. His Adam’s apple dances. Then he stops, comes up for air. Belches. Takes another piece of meat, starts chewing. Another gulp from the bottle. Belches. Hands the bottle over to me.

I can see a smidgen of pap and some meat grease on the mouth of the bottle. I use my T-shirt to wipe the offending smudges. I tip the bottle over, pouring some of the beer on to the ground. I want to get rid of the sliver of meat from Sbhamu’s mouth, floating visibly on the surface of the beer. There’s sudden silence around me. I look up. Everyone is staring at me.

“Why do you have to wipe the bottle? D’you think I have Aids?”

“Stop speaking with a full mouth,” I say.

Sbhamu lunges at me. Goldie jumps between us and gently pushes him away.

“Gents, look. No need for this so early in the morning.”

He turns to me: “If you feel strongly about drinking from the same bottle as Sbhamu, go get yourself a glass from the house.”

“Bullshit!” says Sjava, speaking for the first time. “No one is going to drink from a glass. We’re not moffies. We are brothers here. We are the three mosquitoes!”

“It’s musketeers,” says Mathousand, suppressing a smile. “But we can’t be the three musketeers, cos there’s five of us.”

“It’s the sentiment that matters,” says Sjava. “All for one, one for all. That’s the motto of the mosquitoes in that movie. I mean, musket … however you say it. You bloody educated cheese-boys.”

Mathousand says to me: “Sbhamu has got a point. Why do you have to wipe the bottle? You’re insulting him.”

“Come on, Mathou-thou,” I say. “This guy has no manners, no sense of hygiene. Yet you’re always defending him. You saw him grabbing the meat with his unwashed hands. Yet you supported him when he told me to go wash my hands. This guy …”

“Yes,” Mathousand says, “stop calling him that. He’s your brother. He’s covered your ass many times.”

“I’ve covered his ass too! But business is business. Personal hygiene is another matter altogether.”

Mathousand snatches the beer bottle from me and gives it to Sbhamu. He frowns.

Sbhamu takes a swig. Mathousand snatches the bottle from him, then takes a long, thirsty sip, draining the bottle of its contents. He belches. Casts the bottle aside.

He then says to me: “See, I drank directly after Sbhamu. And I didn’t die. Do you see me crawling with leprosy or Aids sores?”

He throws his head back, laughing. “All for one, one for all.”

Joburg Noir is edited by Niq Mhlongo and published by Jacana Media. It is available in bookstores