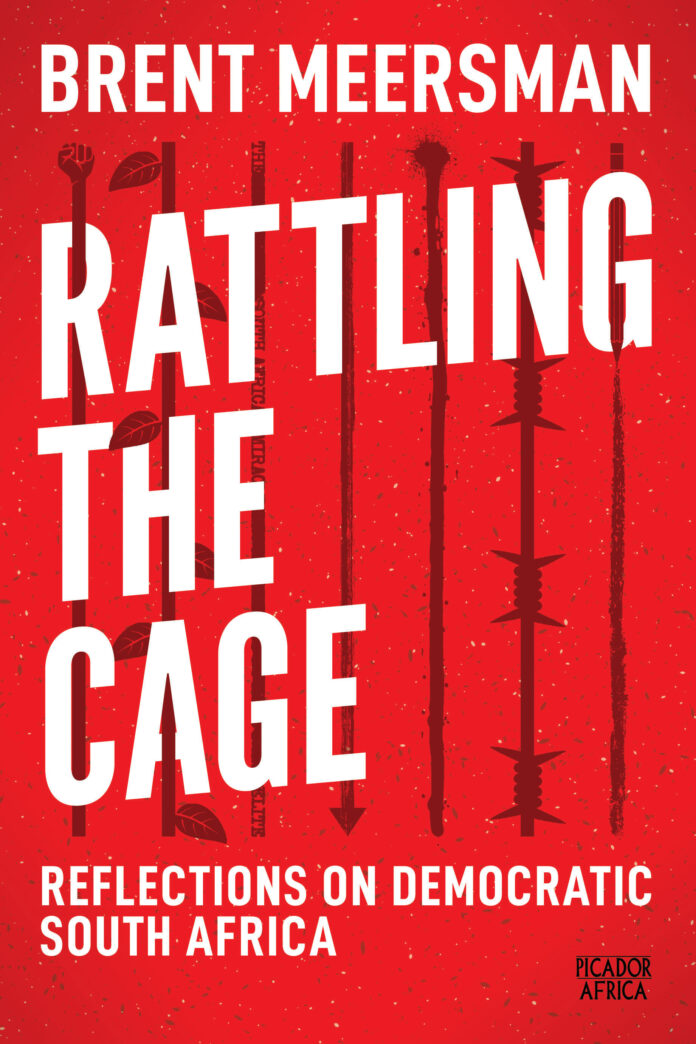 South Africa’s social liberalism is sneeringly dismissed by its neighbours as the fatal consequence of the people of the south having accepted a “Western-style” human rights-based Constitution. And despite our laws against homophobic discrimination and our legalisation of same-sex marriage, South Africa is by no means the gay paradise many believe it to be.

Already in the 1970s on Robben Island, Nelson Mandela and Ahmed Kathrada had accepted the argument that prejudice against sexual orientation was as unacceptable as sexism and racism, as a result of their encounter with Salim Essop (who had been arrested with Ahmed Timol).

But while the middle class enjoy their same-sex rights (rights, it should be noted, which they hardly fought to achieve but which were given them on a golden platter by the ANC when it was still an idealistic liberation movement), the majority of homosexuals in South Africa are black and poor.

Cape Town Pride is a somewhat pitiful affair these days. It culminates in a parade in March in Green Point, once the “gay ghetto”, with a handful of tacky floats, some topless dancing boys and many foreign tourists. Pride has become an events-managed business whose political significance is close to zero. The end result is a self-congratulatory, partly corporatised beer-and-sex party to further burnish the city’s image as an international gay tourist destination.

Meanwhile, most South African homosexuals live in neighbourhoods where they are vulnerable to ignorance, bigotry, cultural chauvinism and religious prejudice as bad as the naked racism of apartheid. For far too many, constitutional rights remain theoretical. There continue to be numerous cases of so-called corrective rape and the murder of black lesbians. The criminal justice system has repeatedly failed these victims.

Nonetheless, African homosexuals survive by forging other ways of expressing their sexuality and even gaining acceptance. Men with the money and means create nodes of safety at their homes. Street smarts, fashion and bling are some of the strategies they employ. Living in a patriarchal society, men who have sex with men have it somewhat easier than lesbians. Some have even managed to “recruit” local gangsters as their protectors, because it’s seen as cool to have gay friends.

What their gay white compatriots don’t seem to realise is that unless black homosexuals can access their rights and unless they are visibly represented — by which I mean out and loud — those constitutional rights enjoyed by the comfortable middle class are more precarious than they’d like to believe.

Instead, in Cape Town we have an annual showdown between the city Pride march and protesters from marginalised communities. I’m not suggesting the Green Point Pride march relocate to Khayelitsha, but that its patrons support their gay brothers and sisters and transgender compatriots in whatever way they can with the resources they need to organise themselves politically and to assert the same rights the Green Point crowd takes for granted.

The lack of solidarity between the comfortable middle class and gay people in the townships has echoes of the indifference of liberals during apartheid. The struggle of gay people, our struggle, did not end with apartheid.

Rattling the Cage: Reflections on Democratic South Africa is a wide-ranging set of essays covering the economic, political and social transition of the country since 1994, and addressing such varied issues as free speech, immigration, police brutality, crime, protest action including Fees Must Fall, state capture and climate change.  Published by Picador PanMacmillan.

Brent Meersman
Brent Meersman is co-editor of GroundUp, an author of several books who also wrote for the Mail&Guardian from 2013-2016
Facebook
Twitter
WhatsApp
Linkedin