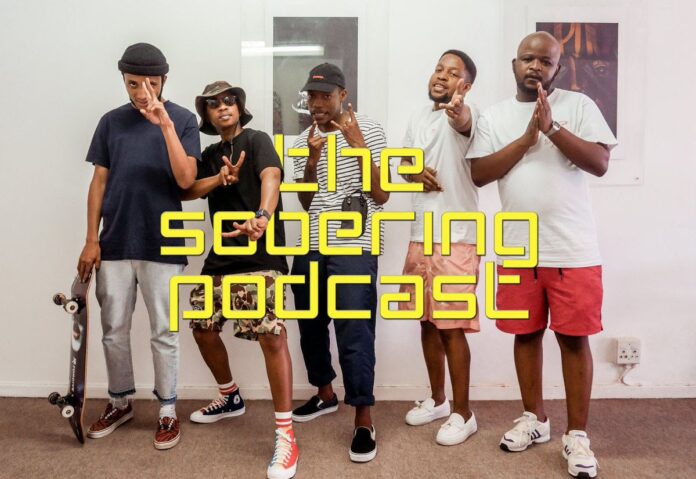 One of the first ever South African hip-hop podcasts, The Sobering is hosted by hip-hop and street culture enthusiasts Kitso Moremi, Kabelo Moremi aka Lil Frat and Javas Skolo who discuss the country’s hip-hop scene and interview some of its key figures such as Kwesta, Scoop Makhathini, Zoocci Coke Dope and Speedsta.

Hosted by author and former Vibe editor-in-chief Danyel Smith, The Ringer’s Black Girl Songbook celebrates the talents of Black women — from H.E.R to Sade — in the music industry through in-depth analyses, discussions and interviews.

The Lebo Lion, who refers to herself as “the voice of marketing in South Africa” hosts a podcast dedicated to marketing. She touches on personal branding, digitisation and entrepreneurship from the perspective of a marketer and through interviews with personalities such as Moshe Ndiki, Nicolette Mashile, Emilar Gandhi and others.

Mashudu Modau is passionate about entrepreneurship and he discusses its nitty gritties on The Mashstartup Podcast through his own insights and those of his guests (Tecla Ciolfi, Sisanda Ntshinga and Joe Human have made appearances), who are also entrepreneurs themselves.

One of the most in-depth music podcasts, Dissect sees music enthusiast Cole Cuchna analyse an album per season of the serialised podcast. Every album is dissected line by line, revealing hidden meanings and references. Albums that have been dissected include Kendrick Lamar’s To Pimp a Butterfly, Frank Ocean’s Ultra and Kanye West’s My Beautiful Dark Twisted Fantasy.