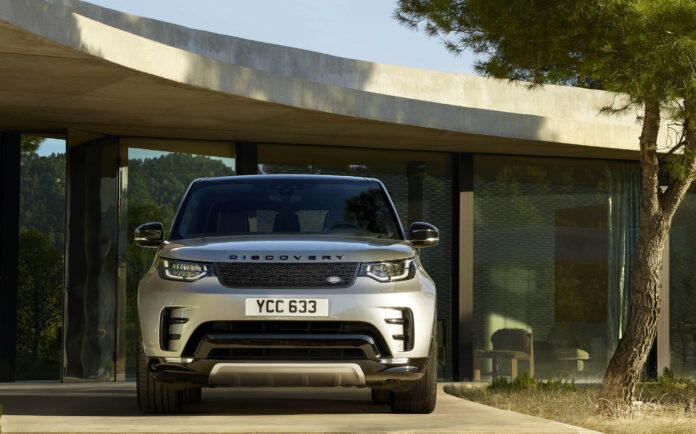 Spare a thought for the folks at Land Rover’s marketing department tasked with peddling the Discovery. How do you make anyone give a damn about any vehicle in your stable in the presence of the new Defender, the most anticipated 4×4 in … probably forever?

The Defender officially announced its arrival in Africa last Thursday in a virtual launch with former Springbok wing Bryan Habana. It’s here, braced for orders that will inevitably flood in over the coming months.

The Discovery’s continued survival depends on it maintaining its own niche by offering a good reason for people to shell out a few extra coins. (Despite the hype around it, Land Rover has kept the Defender’s base price at just under a bar).

The model was introduced to pay homage to 30 years of the Discovery label — as of last year, when it was released — and is designed to be a luxury trawler on four wheels.

The extra details were immediately noticeable. The flaring, black mesh grill and faux-vents give a new sense of magnetism to this car; the glossy black spoked rims driving home the cool. Those poor people at marketing describe it as “effortlessly versatile, eminently desirable”.

What really matters is whether the creature fits into the cage it belongs to. To answer that, indulge Land Rover’s nostalgia for a second and take a trip back 30 years to when the Discovery was merely an idea.

Until the mid-1980s, Land Rover was quite content — or was in a creative rut — to offer just two products. There was the Defender: the supreme off-roader, the farmer’s companion, the Camel Man’s car, a vehicle designed to embark on a cross-continental trip. And there was the Range Rover, a high-end product that, not unlike today, was the purview of sports stars and rich parents who wanted to drive something flashy when picking up the children.

This left everybody else who fell between that branding chasm a little left out. Cue the birth of the “Disco”. The British manufacturer essentially took a Range Rover, severed off some of the more extravagant bells and whistles and — voila — a better-priced family car that retains hints of luxury but can still tough it out in the bundus.

The popularity of the Discovery would catapult to a point where it is largely credited with defining what the family SUV market has become today. Competitors certainly took note. One (possibly apocryphal) story goes that at its first public appearance at the 1989 Frankfurt Motor Show, a rival Japanese engineer was hurriedly escorted off the premises after he was caught collecting texture shavings from the interior.

What does this have to do with its descendant 30 years later? Well, everything. The Disco still aims to be a staple in bridging the gap between two distinct offerings and to cater to as wide an audience as possible.

First of all, the thing is freaking huge and will accommodate any family you throw in it. The more than three-tonne behemoth towers over most other vehicles on the road and its length and width gives it presence.

This size translates perfectly to the interior where the driver’s seat can be adjusted to almost mimic a crane-like perspective. Back-seat passenger leg room is also class-leading while a second row folds down to create a seven-seater — which, again, is surprisingly roomy.

It’s quite easy to envision a comfortable long-haul with everyone packed into the vehicle. If that sounds too much and you want to run away instead, the seats can all fold up and leave enough loading area for just about any possession you own.

Luxury is not found wanting either. A keen eye may possibly be able to spot some cheap plastic in the odd corner but for the most part it’s neat leather and aluminium finishes all around the interior. The dashboard is what you’ve come to expect from Land Rover: a straightforward, unflashy but intuitive layout.

On the road the vehicle is powered by a 190kW 3.0 turbo diesel engine that produces 600Nm of torque. It’s enough to get the wheels turning on this leviathan, making overtaking an effortless exercise. There was a slight sense that the front of the car was resisting when pushing it to higher speeds on a windy Gauteng day but its tank-like presence allayed any anxiety.

Of course, speed is not why you buy one of these anyway. Off-road ability certainly is, and in that regard the Disco has long stood unquestioned. Gimmicks such as the All-Terrain Progress Control (off-road cruise control, basically) can hold the hand of even the most novice drivers over steep hills and ditches. The Landmark Edition also comes standard with air suspension that, among other things, guarantees a wading depth of 900mm.

What are the problems with it then? Well, like any middle child, it’s a bit dull. Although not slow, it’s not particularly fun to drive; being in a huge hunk of metal is not usually how most motoring enthusiasts begin their favourite anecdotes. It also may be able to do just about anything off-road but one can’t imagine it will do it with the same panache or velocity of the James Bond-chasing Defender (or maybe that’s just the marketing talking again). And, regardless of its presence, it’s not nearly as slick as a Range Rover: you won’t be seeing any headlines about a drunk footballer crashing their Discovery.

The Landmark, at R1 373 000, is also rather pricey, which means you must really appreciate the added extras to justify the price tag.

This leaves us precisely where we began this tale: it’s a practical option that is the best of both worlds, but without the full range of beloved eccentricities of either. Far from being derogatory, this is the niche that has made the Disco so successful over the past 30 years.