A weekend in the Audi e-tron Sportback S 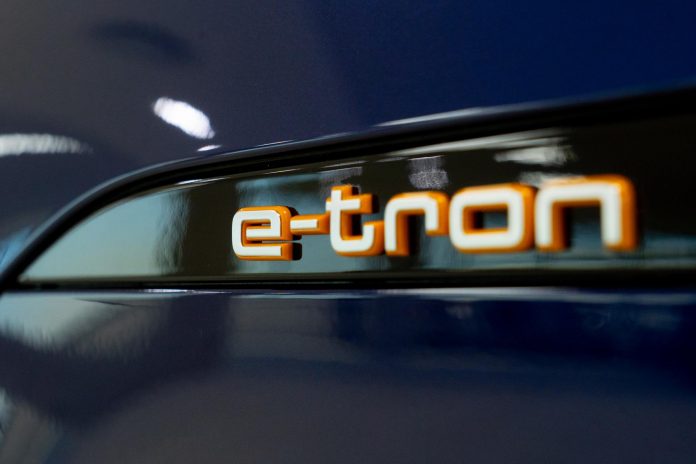 Audi made a splash earlier this year when it simultaneously launched six e-tron models in its electric vehicle (EV) range in Cape Town. And last month it completed EV first responder training at its Dealer Training Academy in Pretoria.

The company says its safety and education initiative is the first for the local automotive industry, and part of the e-tron launch strategy. While it has offered the physical training to paramedics and firemen, Jaguar and BMW provide first responder and rescue guidelines for its EVs.

Sascha Sauer, head of Audi SA, says EVs are increasing in popularity and will have an extensive presence on the roads within the next five years, presenting new and unique challenges to emergency services.

Recently, the Mail & Guardian received the electric e-tron Sportback S quattro in “myth black” to test over a weekend. The vehicle has 370kW of power with 973Nm of torque, which was extremely powerful for our short stint with it, and more so for South African roads.

The vehicle is all black, including the brand’s signature four-ring logo, giving it quite a menacing look, which drew a lot of attention. It is a huge vehicle, thus having access to the optional 360-degree cameras while reversing and parking was helpful.

Our test unit also came with R376 600 worth of optional extras fitted, such as a night vision assistant, panoramic glass sunroof, Audi phone box (with wireless charging), LED door projector lights, head-up display, and the black styling package. It also performs a fun light show at start-up and when switched off.

EV extras included a second charging access point, an AC on-board charger of up to 22kW, and a 22kW “connect” charging system.

An industrial cable for a 3-phase 32A charger comes at no extra cost and sits in a storage compartment under the bonnet. For every e-tron purchased, customers qualify for a free home charger installation with a CEE industrial plug point to the value of R5 000.

While the menacing looks of the e-tron is largely due to its black styling package, Audi intentionally designed its e-trons to look like its internal combustion engine (ICE) counterparts. They do not stand out for being electric; “e-tron” appears in yellow on the charging flaps on either side, which is subtle.

The myAudi app provides more information to the driver. Unfortunately, we were not provided with credentials in time to test the app in real-time, but it includes information about the car, charging, range, etc.

The e-tron has a large battery at 95kWh, which will take a few days to charge fully from near empty on a standard 3 pin plug, thus it is important to get the aforementioned home charger installed.

Fortunately, I have a 7.4kW 32A home wallbox charger on my property and used it exclusively to charge. The vehicle had over 300km of range when received and I opted to charge it daily in the evenings. This ensured I didn’t need to worry about range or rely on public chargers.

Based on my previous month’s electricity bill and Eskom’s varying costs by time of month and usage, I estimated a 21.87kWh charge to cost between R36.52 and R63.20.

Based on those calculations, to charge it at home from empty — an unlikely scenario — will cost R158 to R275. Public chargers are more expensive and cost R4.70 per kWh on an AC charger and R5.88 on a fast DC charger.

Being able to charge at home made all the difference as every time I left home, the vehicle had more than 310km of range. At no point was I concerned about being stranded; well, certainly not due to my driving habits and the sort of trips I do as I work from home.

I was more efficient on it than I would be on my ICE vehicle and made use of the green driving modes. I’ve had a mindset change when it comes to driving EVs; I want to prolong the battery as much as possible when going anywhere. I don’t blast the aircon, take routes with less of an incline, try to coast as much as I can and use the efficiency setting.

EVs typically appeal to those who want to be efficient, and currently in SA, for those who can afford it at the premium attached to it. With the e-tron Sportback S, you have to wonder if anyone needs that much power, especially on South African roads that are riddled with potholes.

The Audi e-tron is a premium vehicle, aimed at a premium market. It is fun to drive and you will instantly feel the extra boost of power. But it’s also a huge vehicle that has all the comforts and tech you’d expect.

I paired my phone easily – wirelessly – and relied on Apple CarPlay for Google Maps. There were plenty of storage slots for items I carry around and the digital cockpit was customisable to my liking.

Given the battery capacity, it is suited for families who want to use it for getaways in and around Gauteng. Audi has also rolled out DC fast chargers along highways for a quick charge on your way across the city.

The e-tron Sportback S appeals to a very niche, premium market. Its large battery removes any range anxiety, but it is way too powerful as a daily driver. It comes with a hefty price tag that is more around giving you bragging rights than avoiding paying for the ridiculous price of fuel again.