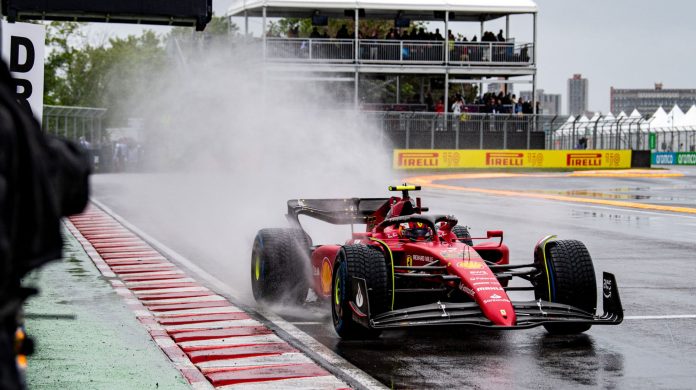 F1 circuits are all under shakedown with Kyalami brought up to be at the top of the list.

Montreal, though, we expect, will be safe since it’s fascinating on so many levels. Not only is it a man-made feat with the island built from extracted material from Montreal’s subway system construction — but also for the type of circuit it is.

It’s fast and flat but its chicanes seem like a cruel mistress, enticing drivers to get some form of advantage.

Get it right and you could edge three-tenths on a rival. Get it wrong and you could see the end of your Grand Prix. Such is the mystique that there’s even the section of the exit of a corner named “The Wall of Champions”, on turn 14.

In 1999, it claimed the races of three F1 champions. In one race. Damon Hill was the first, followed by Michael Schumacher and then hometown boy, Jacques Villeneuve. Jensen Button and Sebastien Vettel are the only other champions to continue that trend on separate occasions.

Qualifying was, for the second time this season, plagued with treacherous conditions. Q1 was completely wet. It then dried out for Q2, resulting in a shift to intermediates and catching out a few. Sergio Perez was one of them after crashing straight into the barrier, causing a red flag in Q2 after the Mexican’s front wing became lodged in the Tecpro barrier.

Q3 and it was time for the ultimate gamble as George Russell risked it all, ditching the

intermediates for full slicks which could have been something spectacular (nothing ventured, nothing gained). Turned out it would all turn to nothing and a real humbling moment of “hero-to- zero” for the Brit.

The tricky conditions would always level the playing field and the real hero of the day, regardless of Max Verstappen taking pole, was Fernando Alonso, who completed the front row pushing Carlos Sainz down to P3 following a mistake on the exit of the final corner.

Russell’s blunder meant that Lewis Hamilton out-qualified his teammate for the first time this season. Mick Schumacher, on the other hand, showed great form in qualifying to deliver his best performance to date. He proved that he is anything but a shadow-dweller in his father’s glory, qualifying in P6 behind fellow Haas driver, Kevin Magnussen. It was all eyes on turn one and the Spanish Samurai for the race start!

Everyone hoped for an Alonso dive-bomb into turn one. The Spaniard didn’t quite live up to the expectations. It was Verstappen who arrived first and set his head straight on edging out more than a second ahead of Alonso at the end of the first lap, setting the tone for the rest of the Grand Prix.

The Spaniard was a little too slow off the line — perhaps that age catching up?  Schumacher suffered a steep learning curve after dropping down the order and then dropping out on lap 20, bringing out a virtual safety car while Magnussen needed to pit after an early scrub with Hamilton, damaging his front wing. Hard luck for Haas and both drivers.

Perez’s day went from bad to worse after his transmission gave in on lap nine, meaning all

hopes would rest on Verstappen. Alonso’s hopes of upsetting the party slowly faded away in what can only be described as an anti-climax as he trickled down the order.

Two safety cars later and Charles Leclerc opting for track position to create a bigger lead before pitting was a smart gamble but then getting held up by Esteban Ocon proved to be counterproductive. Another slow pitstop further hampering the Ferrari driver meant that he was let out behind the mid-pack dice between Guanyu Zhou, Yuki Tsunoda and Daniel Ricciardo led by Lance Stroll driving the wheels off his Aston Martin to fend off the advances of the DRS train. This is a theme that has reared itself up time and time again this season and something that needs to be addressed given the lack of passing when stuck in these DRS trains.

Another low point for the RedBull camp was Alpha Tauri driver Tsunoda’s haste to get back out on track saw him connecting the barrier at the pit exit, causing another safety car. This allowed Sainz to pit for fresher tyres to launch an assault on Verstappen. It was all but cut and dry for Verstappen with Sainz throwing everything he could to get close enough to get into a position to pass the Dutchman, despite Sainz lapping faster.

At the end of the day, success in any motor race is pinned heavily on making sure you make fewer mistakes than your rival and both Verstappen and Sainz drove impressively.

Verstappen had to work hard this time. Other outlier performances centred on Mercedes and Hamilton, who grabbed the final spot on the podium ahead of Russell. The earlier rule changes issued by the  FIA to address porpoising issues had some positive effects.

Zhou looked to turn his impressive qualifying performance into a solid race in P10, eventually finishing in P9, a sign that the Chinese driver is settling into this F1 life rather well.

Too many mistakes at this level

I still feel that, in F1, there are too many pitstop blunders given certain slow stops or McLaren completely snuffling it when trying to double stack. The DRS debate once again flared up as demonstrated by the various DRS trains found through the race which meant that passing was difficult (ironic, hey?).

Sainz’s inability to get close enough to pass Verstappen in those last 16 laps speaks more of the issue around these cars not quite living up to their intended purposes of closer racing at the sharp end of the field.

Either way, the FIA have their hands full given the porpoising … sorry … bouncing issues and the political games that are happening behind the scene between Mercedes and the rest of the teams.

With Verstappen’s dominance over the weekend, the championship lead is now 46 points clear of Perez. Furthermore, with Ferrari losing ground to Mercedes, who seem to be gaining strength, could we see the championship open up throughout the course of the next few races? It certainly would make for some interesting developments.

F1 moves to Silverstone next on 3 July for the British Grand Prix. A home-ground

advantage for both Mercedes drivers and a course that has favoured Mercedes in the past.