The Rhodes Memorial Fire, which was largely contained on Monday, has moved towards Tafelberg Road, reaching the northern part of the Table Mountain National Park, but the strong southeasterly winds that dominated most of Monday’s efforts to contain the fire had subsided by Tuesday morning.

“Three days since the start of the devastating Rhodes Memorial blaze, the fire has been largely contained, with firefighting efforts now focused on Deer Park and the Disa Park towers in Vredehoek. Crews have worked tirelessly and the wind has died down considerably, [which] has given them some respite,” said Jermaine Carelse, spokesperson for the City of Cape Town’s fire and rescue services.

Fresh firefighting teams are expected to take over from the crews that battled the blaze throughout Monday evening. Aerial support was launched on Tuesday morning from the Newlands Firebase. This was previously impossible because of the heavy winds.

The fire, which has been burning since Sunday morning, has caused severe damage to property. During a media briefing, Cape Town mayor Dan Plato described the fire as the largest in the city’s history because of its effect on properties, including historical landmarks, and the archives they housed.

On Monday evening, Public Works Minister Patricia de Lille said her department was determining the extent of the damage on properties it owned, and that one such residence in Newlands had been gutted by the blaze.

“We can report that one minister’s Cape Town residence in Newlands — owned by [the department] — was completely destroyed by the fire on Sunday afternoon. Thankfully, no one was hurt and no one was in the property at the time,” De Lille said.

She said that family members of a minister and two deputy ministers were evacuated from Walmer Estate on Monday morning, because there had been “an immediate threat”.

On Sunday, the fire blazed near Deputy President David Mabuza’s residence in Groote Schuur Estate before being contained. The property was not damaged.

“The department is in contact with the various ministries to establish the level of support the families need, but they have all managed to secure alternative accommodation and we have informed them to notify [public works] if they require any additional assistance,” De Lille said.

Suspect to appear in court

The suspect who was arrested for alleged arson on Sunday evening, in relation to a separate fire started in the vicinity of Devil’s Peak, is expected to appear in the Cape Town magistrate’s court on Tuesday. 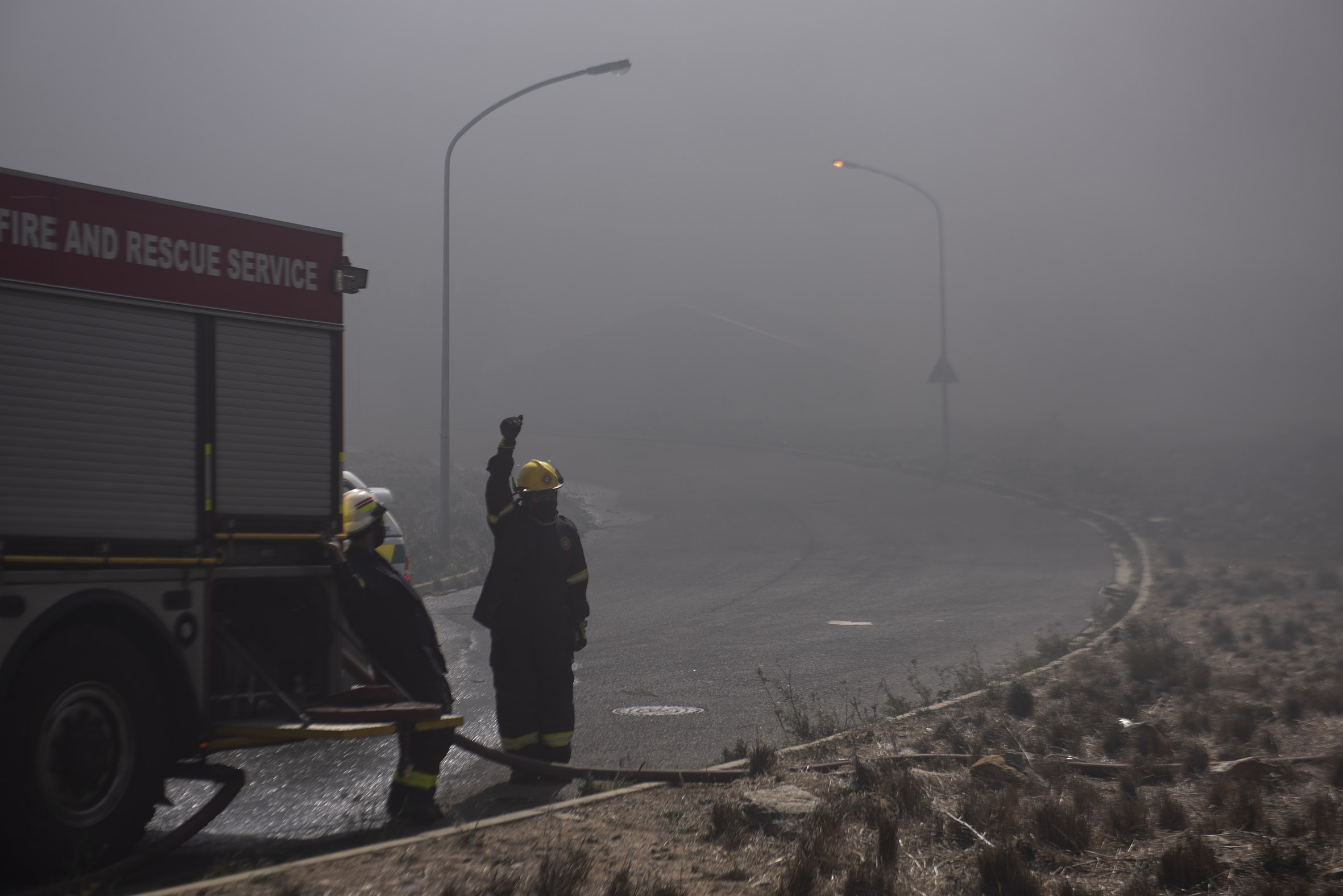 That alleged act of arson led to much needed-resources being deployed to Devil’s Peak at the same time that the Rhodes Memorial fire was burning a path of devastation.

While being questioned, the suspect allegedly admitted that he started the Devil’s Peak fire, but it remains unclear if he was also responsible for setting the initial fire above Philip Kgosana Drive on Sunday morning, 18 April.