State-owned arms manufacturer Denel cannot afford to supply spares and components to keep the South African Air Force’s (SAAF) aircraft operational. A leaked letter dated 3 May and signed by Major General Setete Malakoane, the chief director of force development and support, is addressed to the command council and spells out the predicament the air force is in.

Malakoane wrote that the SAAF is between a rock and a hard place because Denel cannot deliver on its contracts with the air force, and the air force cannot source the components directly from other suppliers.

Analysts say this situation will have a dire effect on troops stationed elsewhere on the continent and on the country’s humanitarian capabilities such as fire fighting. Furthermore, years of financial misappropriation and bad management at Denel may require that the air force consider closing some of its squadrons. 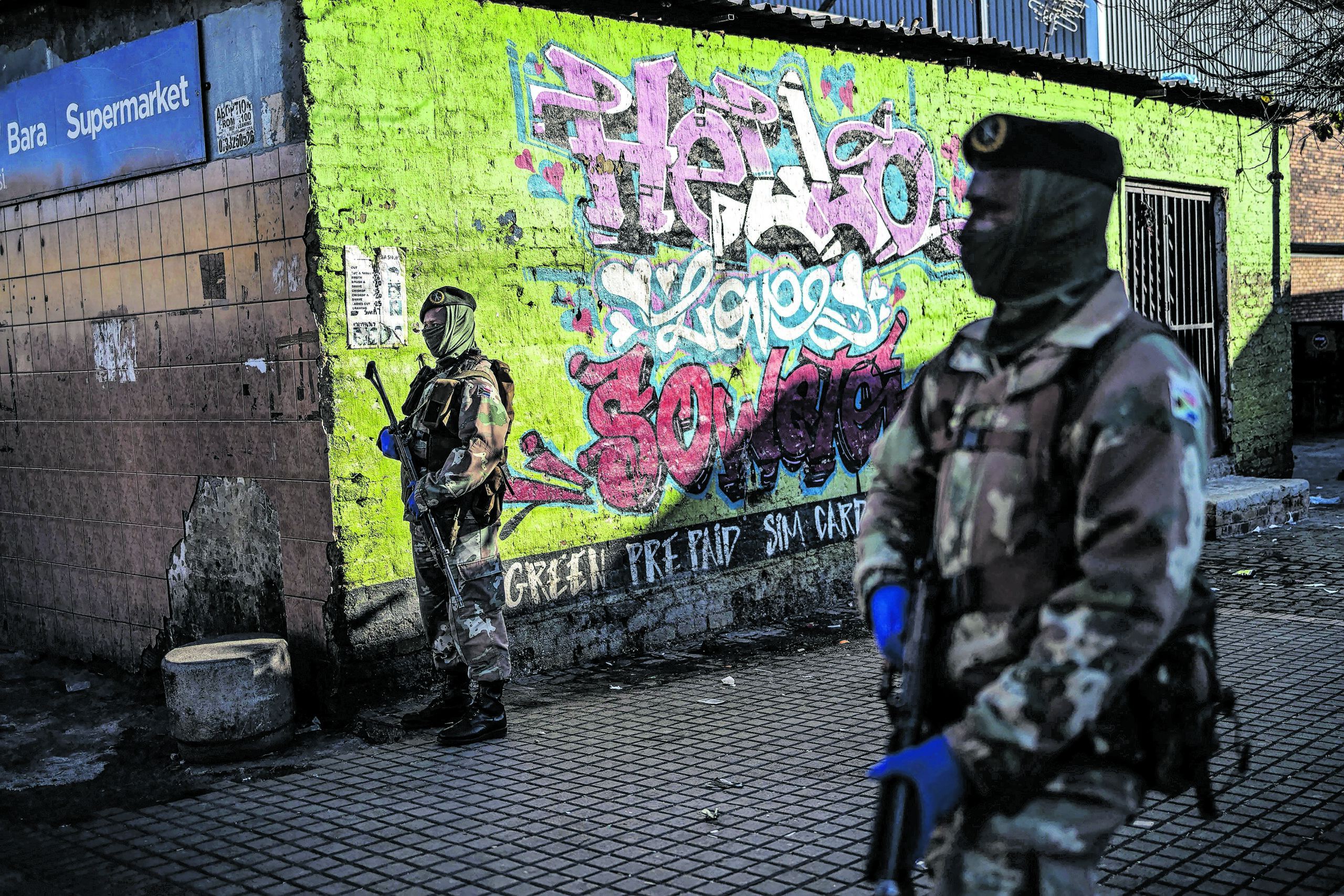 Helgard Cronjé, Solidarity’s sector coordinator for defence and aviation, says the union has spoken out for years about the decay at Denel and the dilemma the air force — and the South African National Defence Force (SANDF) — are now in.

“I cannot comprehend why the government is allowing this to happen … nobody seems to care what happens to Denel. We met [Minister] Pravin Gordhan and his department of public enterprises’ personnel in March to find solutions, but it was unsuccessful.

“It is all good and well to state that Denel has a master plan, which will dig it out of its current hole, but without the government investing in Denel as a strategic asset, no master plan can solve all of Denel’s problems.”

Cronjé says most skilled and specialist engineers and technicians have left for greener pastures locally and abroad. Executives, including the chairperson of Denel’s board, Monhla Hlahla, jumped ship after it became clear during the tabling of Finance Minister Tito Mboweni’s budget this year that Denel will not get a bailout.

But Brigadier General Mafi Mgobozi, the SANDF spokes­person, denied the situation was critical.

“The SANDF would like to state categorically that claims that the SA Air Force faces extinction with few aircraft flying are not true and baseless as not all air force aircraft maintenance and support contracts lie with Denel. The air force has other maintenance and support contracts with other service providers in place, which continue to provide effective services when required.

“In relation to advanced maintenance and provision of spares for the VIP fleet, the SANDF can further confirm that these services are not in any form affected by the Denel’s current situation.”

In response to detailed questions from the Mail & Guardian, Mgobozi said that matters of national security such as the SANDF’s combat readiness can only be discussed through a regulated process.

According to Malakoane’s letter, the aircraft types most affected are the “workhorses” that have been operating for the past 57 years — the Hercules C-130 transport aircraft, the Rooivalk attack helicopters and the Oryx medium transport helicopters. At the same time, the air force is experiencing “challenges” because of Denel’s inability to calibrate and maintain the Gripen and Hawk fighter jets test benches, which negatively affect aircraft serviceability.

The Hercules is used to transport troops and equipment, while the Rooivalk and the Oryx are currently doing duty in the United Nations’ Force Intervention Brigade in the Democratic Republic of the Congo.

The Oryx is also used for mountain rescues and firefighting, during floods, for transporting ballot boxes and for rescues off ships. In the recent fires in Cape Town, the air force could only muster one helicopter for two hours on the Sunday when the fire was at its most intense.

According to air force sources, it was only after technicians worked through the night that two helicopters were available for the Western Cape provincial disaster centre to use for water-bombings in conjunction with Working on Fire’s helicopters.

Helmoed-Römer Heitman, a defence analyst, says parts for the air force’s different aircraft have been put in storage and some cannibalised for spares to keep other aircraft flying. “But things will now go downhill at an ever-increasing rate.”

Malakoane says in his letter that Denel is the original equipment manufacturer of the Oryx and the Rooivalk. Denel has outsourced services to support its systems.

“Denel’s current financial situation has created a loss of abilities, which has impacted operations of the SAAF and led to most of the systems being unavailable,” he wrote.

“The inadequate supply of spares is a huge driving factor for unserviceability. Most of the ground support and test equipment in operational areas is unserviceable due to a lack of maintenance and spares by Denel.

“The inadequate supply of personnel, spare and maintenance for the Hercules C-130 will lead to the aircraft being unserviceable. The unavailability of this aircraft as a force multiplier will result in failure to support [the SANDF’s] Joint Operations.”

His letter states that it is not only aircraft that are affected. The servicing of the Samil and Samag transport vehicles has also been compromised, resulting in command and control not supporting air force operations.

Furthermore, Denel Pretoria Metal Pressing is contracted for aircraft power cartridges and small- to medium-calibre weapons ammunition. With Denel not delivering these, it “will have a huge impact on the supply of ammunition and combat readiness of the SANDF”.

Malakoane pleads with his seniors and financial authorities to provide a solution regarding low morale, because employees have not received full salaries since last year, which has led to poor output.

In March this year, Solidarity got a warrant of execution to seize assets to the value of about R12.7-million from Denel after the latter failed to meet contractual and statutory obligations for its employees. “But we have not executed the warrant as we are still fighting to ultimately turn Denel around and to create a work environment offering security and excellence to our members,” says Cronjé.

He says the government’s unwillingness to allow other local and foreign investors to buy into Denel’s divisions does not make sense. The government’s headache will be compounded when Denel cannot fulfil its contractual support obligations for weapons systems sold to other countries, Cronjé argues.

“Government cannot refuse foreign investors in a strategic asset, but then allow the very same asset to decay beyond any value. Then you are left with nothing, while the impact on the smaller feeder companies, which existed because of Denel, will cause the whole local armaments industry to collapse,” says Cronjé.

“Somehow, government does not realise that it will also eventually lose its ability to protect its sovereignty.”