Former Transnet chief financial officer Anoj Singh told the Zondo commission he was not familiar with the acceptable profit margins on locomotives, hence he could not detect that the infamous deal to acquire 1 064 locomotives had been so heavily inflated that it allowed kickbacks of 20%.

“Chair, I would not be able to comment. I am not au fait or in any way an expert on locomotive pricing,” Singh said after evidence leader Anton Myburgh asked how it was possible that he signed off on a deal that left such a large margin for bribes.

“How could there be enough fat for a 21% kickback if these negotiations were conducted thoroughly and in a bona fide way?” Myburgh asked.

Myburgh was dealing with a 2014 contract that counts as the biggest rent-seeking coup by the Gupta family and their associates for Transnet to acquire the locomotives from General Electric, Bombardier Transporting, China South Rail (CSR) and China North Rail.

The deal allowed Regiments Asia and Tequesta, front companies for the Gupta brothers, to rake in kickbacks to the tune of R9-billion on an initial contract price of R42-billion, via the two Chinese rail manufacturers, which around the same time merged into the Chinese Railway Rolling Stock Corporation (CRRC).

After CSR received payment from Transnet, it forwarded about 20% of the money to a front company called Century General Trading for alleged consulting services. Much the same scenario — of kickback as percentage of contract price — repeated itself when Transnet embarked on another tender, this time to acquire 95 locomotives to improve the volume delivery capability of its coal freight business. The acquisition was sparked by Transnet boss Siyabonga Gama pointing to a lack of locomotives as the reason for the coal line underperforming.

“Why was CSR paid this money, this kickback, what for?” Myburgh asked Singh.

“I have no idea, sir,” Singh responded. 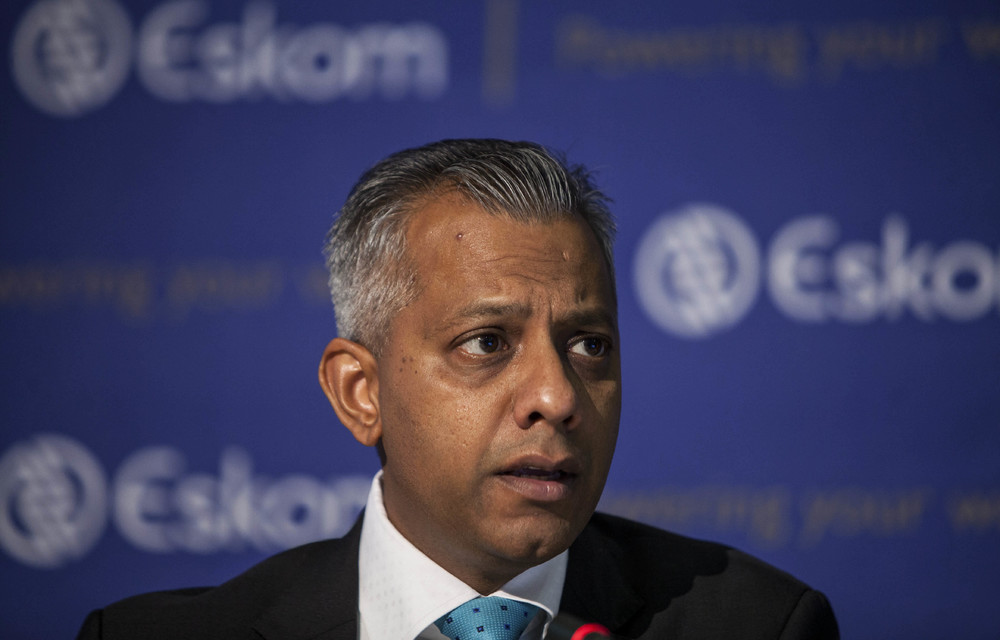 The former Transnet chief financial officer had submitted that precisely because of a lack of expertise, Transnet relied on input from advisers.

“Do you see the irony?” Myburgh asked. This drew a chuckle from Deputy Chief Justice Raymond Zondo who remarked: “You relied on them to advise you.”

Singh ventured that if he were confronted with a similar contract today, he would enlist advisers, though with hindsight, not the same entities.

Myburgh then questioned him as to how it came about that CSR suddenly and swiftly dislodged Japanese manufacturer Mitsui, as the supplier on confinement  — the term the company used when there was no competitive bidding.

“What caused you to confine to CSR? It is the change that I am interested in and that appears to be a change that happens quickly?” Myburgh asked.

Myburgh noted that on Gama’s evidence he was not involved in the change, and Singh conceded that he had in fact raised concerns about CSR’s ability to build the required locomotives. Singh shifted responsibility to Transnet’s former chief executive Brian Molefe, saying that personally he was “actually indifferent between” the two suppliers.

“Mr Molefe gave the instruction, I did not really find difficulty with it because of the history that we had with Mitsui.”

What did count against Mitsui, to his mind, was the possible impact on the bottom line given that it had a history of supplying heavy duty locomotives to Transnet and had in the past failed to deliver on time, to the extent that penalties were imposed.

“We did have, as memory serves, quite a number of issues with the locomotives from Mitsui and there was an inordinate amount of delay in commissioning these locomotives,” he said, adding that he doubted the company could meet what was by necessity, a very aggressive delivery schedule.

Zondo asked whether he was not contradicting his earlier statement that whether the deal was linked with CSR or Mitsui was neither here nor there to him.

Singh answered that there was no contradiction because he simply wanted the supplier to deliver at speed, given the imperatives of the coal freight business.

In March, Molefe had told the state capture inquiry that when it came to the deal for the 1 064 locomotives, he had relied on Singh’s advice, particularly in terms of cost increases.

In the same month, Transnet and the Special Investigating Unit approached the high court to set aside the locomotive contract, which eventually had a price tag of R54-billion, making it one of the most expensive ever entered into by a parastatal.

Singh and Molefe have spent many days at the commission resisting allegations deeply implicating them in state capture at Transnet and Eskom, vehemently denying testimony from former staff that they frequently received bags of cash from the Gupta brothers.