When the tear gas cleared on 13 August 2012, from the veld near the railway line used to transport platinum from Lonmin’s processing plant at Marikana, five people were dead: two police officers and three striking mineworkers.

It was apparent to the police’s “boots on the ground” — the ordinary rank and file who were in the majority of the specialised public order policing unit — that inept leadership and an inability to follow basic crowd management procedures had led to the deaths of two of their colleagues. They allegedly blamed the commander in charge, Major General William Mpembe.

Officers at the scene were, in the words of the unit’s North West commander, Lieutenant Colonel Omphile Joseph Merafe, “bitter” after this skirmish with striking mineworkers from Lonmin.

Merafe was testifying last week in the Mahikeng high court in the murder trial of Mpembe, a former deputy provincial commissioner for North West, and five other police officers for their part in the violent melee.

At the commission of inquiry set up to investigate the 44 deaths during the 10-day strike, including 34 mineworkers that the police killed on 16 August, Colonel Salmon Vermaak went further than Merafe. He described mutinous police officers threatening to kill Mpembe because they felt he was at fault for the deaths of warrant officers Sello Lepaaku and Tsietsi Monene.

According to Vermaak, an air-wing commander who was in a police helicopter during the 13 August operation, he had taken the threats seriously and informed the provincial commissioner, Lieutenant General Zukiswa Mbombo, of the potential mutiny. She agreed that Mpembe needed to be removed from the scene and Vermaak ensured it was done.

Vermaak himself is accused number two in the dock in Mahikeng, charged with defeating the ends of justice and perjury. He is also accused of rounding up a posse of tactical response team members — co-accused Constable Nkosana Mguye and warrant officers Collin Mogale, Joseph Sekgwetla and Khazamola Makhubela – before hunting down and killing Phumzile Sokhanyile, a striking mineworker. The other two miners the police killed on 13 August were Semi Jokanisi and Thembelakhe Mati.

This skirmish started after a group of about 200 miners had been spotted on Lonmin CCTV cameras marching from Karee’s K3 shaft armed with knobkerries, pangas and spears. They had attempted to shut down operations at the shaft, but Lonmin security officials told them en route that it had already been closed.

The miners were heading back to the koppie where they had been gathering daily to protest for a salary increase to R12 500 a month during the wildcat strike. When the police encountered them near the railway line, the miners refused to hand over their weapons, citing the need to protect themselves against attacks from mine security guards and members of the National Union of Mineworkers (NUM). The majority union at the mine at the time, the NUM had angered and alienated miners by refusing to take up their cause for a salary increase. 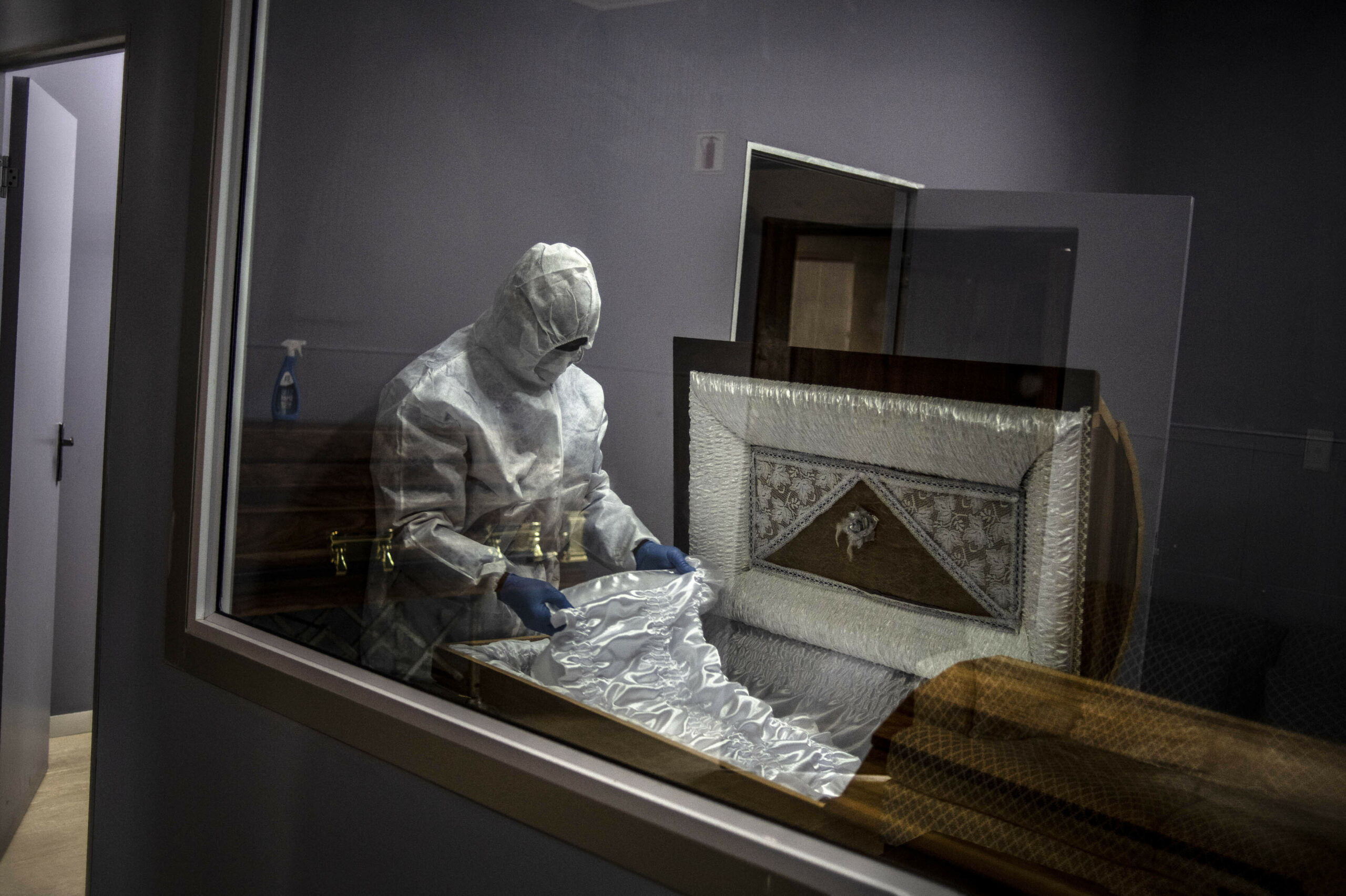 Mpembe, who was negotiating with the miners, was forced to acquiesce to their demand that the police escort them back to the koppie, where they would hand over their weapons, having ignored his “pleading” to disarm. The commission found that the miners had been marching in a peaceful and orderly fashion back to the koppie until tear gas and stun grenades — released unprovoked by their police escort — triggered the bedlam and fatal violence that followed.

Who ordered the non-lethal force to be unleashed is one of the underlying questions that require answers in this murder trial. Mpembe denies giving the order despite police testimony to the contrary at the commission.

Merafe’s court testimony was an echo of what he had told the commission, with finer, new details that highlighted the police’s lack of preparedness and their leadership’s ignorance of proper policing procedure at Marikana on the day, but also during the strike in general.

According to Merafe, Mbombo deployed about 100 police officers to deal with the strikers on 13 August. She had also appointed Mpembe to lead the police operation. The police’s very first mistake, said Merafe, was Mpembe refusing to hand over command to him as the highest-ranking public order policing officer at the scene.

Merafe told Judge Tebogo Djaje that, according to police standing order 262, even a warrant officer in his unit was better equipped, and legally obliged, to take command of the operation because of their specialised skills and the experience required in these situations. But Merafe was not put in charge, leading to a disagreement between him and Mpembe.

Released this year, the Panel of Experts Report on Policing and Crowd Management was scathing of these initial decisions. The panel was set up to reform public policing on the recommendation of Farlam’s final report. Its experts noted that a “South African Police Service major general [Mpembe] with no recent training or experience in crowd management was tasked with intercepting and engaging” with the group of striking miners by Mbombo, “who had no background in [public order policing] or in operational policy generally”.

The experts said that this was one of several incidents of placing rank above experience, expertise and policy that affected the police’s operation at Marikana. It was also an example of the poor level of professionalism in the police service, a pathology still replicated at South Africa’s many protests on an almost daily basis, often leading to the deaths of protesters.

Merafe said in court last week that if he had been in charge, he would have negotiated with the striking miners to lay down their weapons at the railway line and if they had refused to do so, he would have attempted to disarm and disperse them. This he would have done by notifying them of his intentions at every step, including whether to use non-lethal force such as tear gas and stun grenades, so as not to startle them into believing they were under attack.

Mpembe, according to Merafe, had refused to do this because he didn’t want “another Tatane situation”, a reference to the televised killing of community leader Andries Tatane, who members of the public order policing unit shot and killed during a protest in Ficksburg in 2011. Merafe said Mpembe was speaking loudly when he mentioned Tatane and was audible to many of those involved in the operation. He then observed many members of the public order policing unit removing their weapons and placing them in their vehicles when they heard Mpembe’s concerns about replicating what had happened in Ficksburg.

Merafe also testified that the police officers were not “operationally ready” when they started escorting the miners in a “scattered” manner, with no real basic tactical formation. Aside from leaving their firearms behind, some members were also not wearing their riot gear, including body armour, helmets and bulletproof vests.

Nor were they equipped with gas masks, which proved deadly after the firing of tear gas. “Tear gas does not choose whether you are a member of the police or a protester,” said Merafe. “I saw members were also affected [by] the tear gas and were retreating [from it] when the protesters started forming groups of five or six and attacking members.”

Merafe said there was no need for tear gas as the protesters did not pose a threat to either the police or a nearby shack settlement. “It was not necessary to use force, because by then the people were not fighting with anyone. They were just walking.” And so, when the tear gas and stun grenades were fired, the striking miners “thought ‘now the police are fighting us’, so the situation was triggered or provoked by the firing of the tear gas and the stun grenades”.

Merafe, who was critical of the lack of communication from Mpembe to the rank and file, said the use of tear gas and stun grenades had surprised and affected the police and the miners, because none of them had been informed of the decision to use non-lethal force.

The panel of experts found that the 13 August incident “may have taken an entirely different course if it had been under the command of the [public order policing unit] commander [Merafe]. One of the factors that may have resulted in the clash was that the strikers did not understand what was happening when tear gas was fired, and that they may also have mistaken the stun grenade that was used for gunfire. On the other hand, in his evidence before the Marikana commission, [Merafe] said that he would have explained to the strikers the course of action that he was going to take.

“The approach taken by [Merafe] is consistent with the idea of a ‘no-surprises’ approach that is in line with international best practices. For instance, a recent handbook on policing assemblies, published by the Organisation for Security and Cooperation in Europe’s Office for Democratic Institutions and Human Rights, states that ‘the policy of “no surprises” should guide communication between police and organisers, as well as other stakeholders, to establish and maintain trust throughout all stages of an assembly and, as such, is a key preventative and de-escalation tactic’,” says the panel’s report.

After the 16 August massacre, all police officers involved at the Marikana operation gathered at The Roots conference centre in Potchefstroom to compile their version of events for the Farlam commission. Merafe said he was part of a breakaway group discussing the events of 13 August with Mpembe, Vermaak and several other police officers from that day.

He remembered, “Accused number one [Mpembe] asked a question. The question was: ‘Who wanted to kill me at Marikana?’” When no one in the group responded, Mpembe looked at Vermaak and said, “Tell me what was said. If you don’t, I will open a case against you.”

Vermaak said subsequently that Merafe had made threatening remarks on 13 August. “I was so surprised to hear this. I asked accused number two that he must not do that. I was angry with him.”

The trial was postponed to 19 July.