The investigation into the devastating Rhodes Memorial fire at Devil’s Peak on 18 April in Cape Town has been completed and the report is due to be released “within the next 10 working days”, South African National Parks (SANParks) has said.

The fire started at the foot of the Table Mountain National Park and blazed for three days — fuelled by warm temperatures and strong winds before being contained.

At the time, Western Cape Premier Alan Winde said 11 structures had been damaged or destroyed in the fire, including two residential buildings in the Rosebank area — one of them a state-owned property — six education buildings on the Rondebosch campus of the University of Cape Town (UCT), two heritage buildings, the Mostert’s Mill, UCT’s Jagger Reading Room and the Rhodes Memorial tea room. 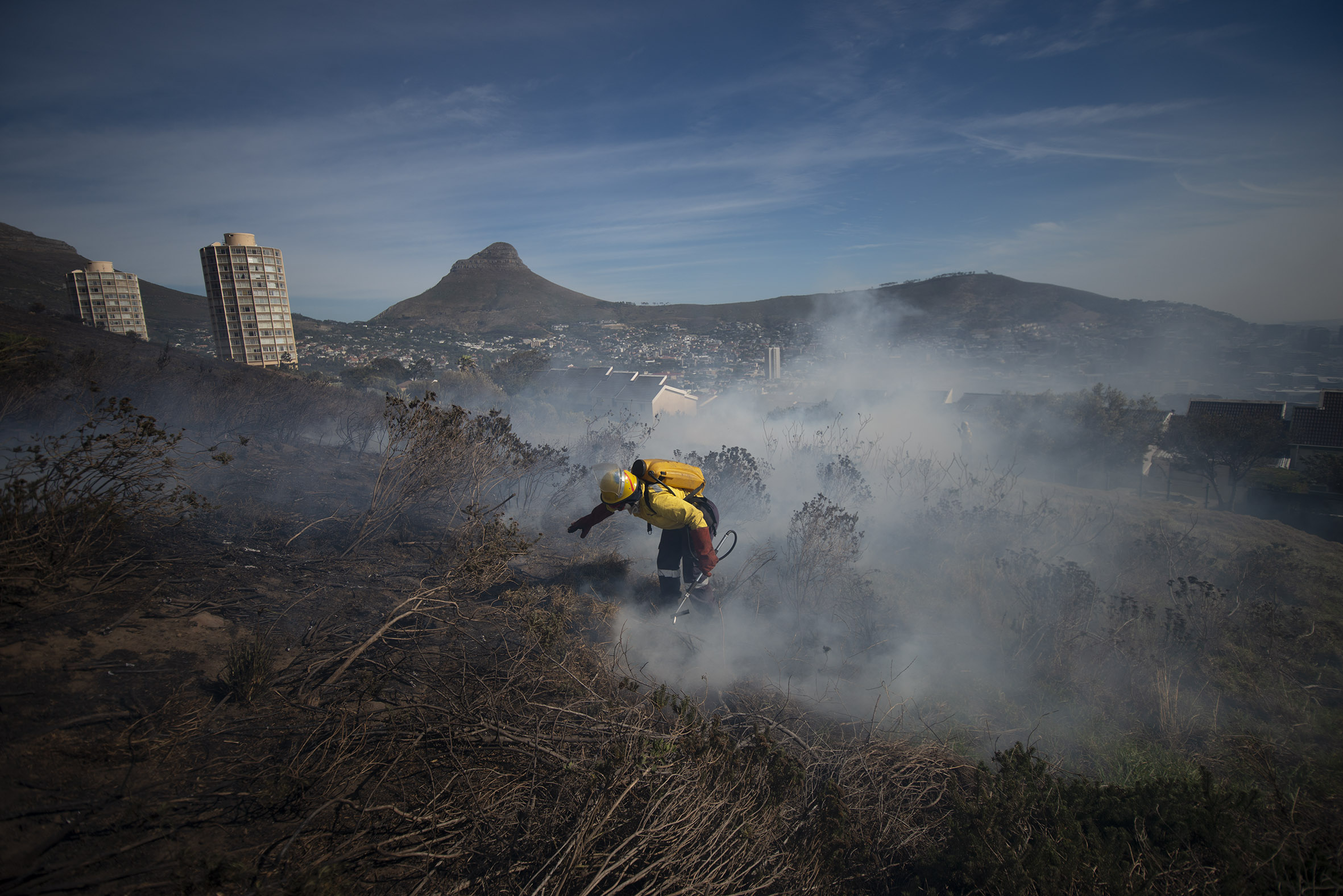 Winde said that “a total of six firefighters were injured in the line of duty and a further nine civilians were taken to hospital due to smoke inhalation”.

The city’s spokesperson, Luthando Tyhalibongo, said there was no damage to road and stormwater infrastructure that required immediate attention, however gabion structures used to prevent mud and rock slides would need to be replaced at an estimated cost of R530 000.

Jermaine Carelse, the spokesperson for the  city’s fire and rescue services, said the final report on the cost of fighting the fire had not yet been completed.

Cause of the fire

Initially, Table Mountain National Park (TMNP) said it was believed the fire originated from a vagrant’s fire that spread, fuelled by temperatures of more than 30°C, debris and old pine trees. 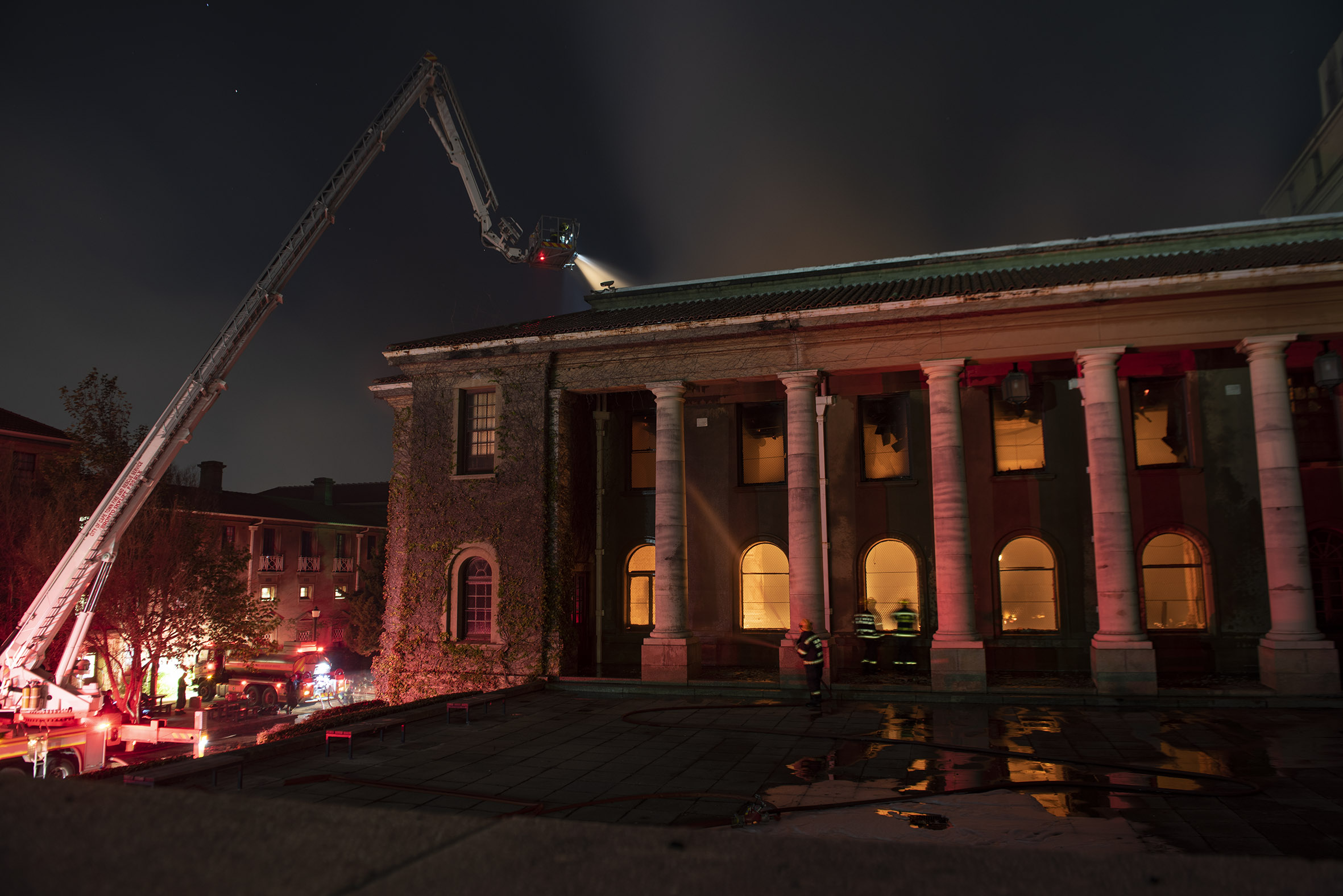 On the same day the fire started, the police arrested a man on charges of arson. It was believed the man set a separate fire in the vicinity of Devil’s Peak. This caused crucial fire-fighting resources to be deployed to the area, which were being used to battle the Rhodes Memorial fire.

Shortly after the fire, the City of Cape Town said it was working with SANParks to determine the cause of the fire and that an independent investigator had been appointed.

“We will be meeting again in the coming weeks to see how we can strengthen the way we work to better prevent or respond to these types of fires in [the] future,” said Cape Town Mayor Dan Plato on 21 April.

Two weeks were allocated for the investigation.