JSC to continue deliberations on Hlophe’s fate next month

The Judicial Service Commission (JSC) did not conclude its deliberations on the misconduct finding against Western Cape Judge President John Hlophe on Friday and will continue these on July 30, spokesperson advocate Dali Mpofu said.

“That is simply the first date when everybody is available again,” he said. “We have not finished our discussions and it did not look like we would finish today.”

The JSC is weighing a recommendation by the Judicial Conduct Tribunal that Hlophe be impeached for gross misconduct for approaching constitutional court justices Bess Nkabinde and Chris Jafta in 2008 on litigation relating to the arms deal case against French multinational Thales and Jacob Zuma.

At that point Zuma was an aspiring president, and the tribunal concluded that: “Hlophe appeared to have been on a mission.” He suggested to Jafta that the matter should be handled properly because those on the bench at the constitutional court were “our last hope”.

The tribunal found that Hlophe had violated the constitution by attempting to influence judges to betray their oath of office, while flouting the principle that bars judges from broaching a pending matter with those seized with it. 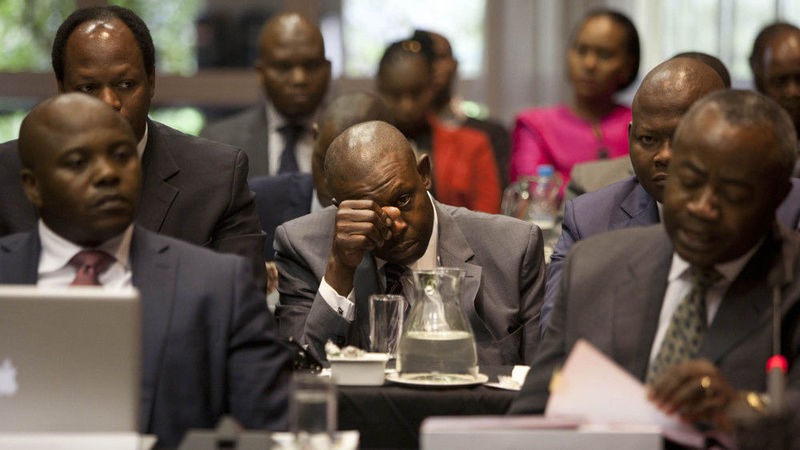 Hlophe is contesting the finding.

He has made written representations to that effect to the JSC, which similarly received a submission from the constitutional court as the complainant in the matter.

Mpofu confirmed that Hlophe was not allowed to attend Friday’s meeting.

In a letter, sent shortly after the finding was released, Hlophe insisted that the tribunal failed to formulate a clear charge for him to answer, because there is no statutory enabling provision to make a contravention of section 165 of the constitution an offence.

The tribunal, in its 47-page report, dealt with and dismissed this argument, saying that because it was not a criminal trial the requirement did not apply. Rather, the tribunal was concerned with principles of judicial probity and ethical standards.
The JSC has to decide whether to endorse the recommendation of impeachment, which is a decision that ultimately falls to the national assembly where a vote needs to be carried by a two-thirds majority.