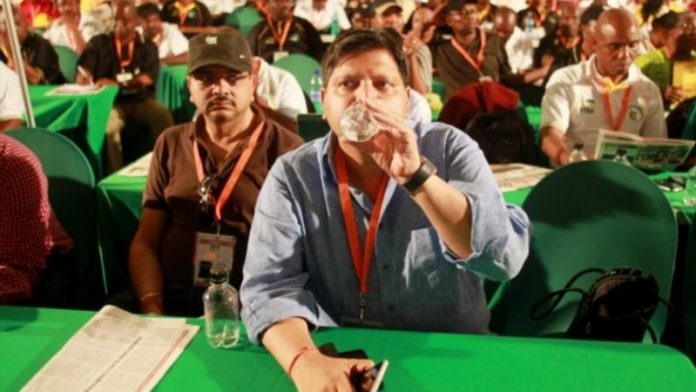 As South Africa and the United Arab Emirates (UAE) enter the final stage of the 10-year-long ratification of extradition and mutual legal assistance treaties, Justice Minister Ronald Lamola describes it as a “possible new dawn”.

South Africa is in both a legal and political battle to extradite the Guptas to hold them accountable for allegedly looting millions for rands from state coffers.

The head of the National Prosecuting Authority (NPA), Shamila Batoyi, Lamola and the department’s director general, Doctor Mashabane, briefed the media on Friday after a meeting with the UAE’s ambassador in South Africa, Mahash Saeed Salem Alhameli, on Thursday.

Lamola welcomed the finalisation and ratification of the treaties, saying this is “expected to allow for greater cooperation between the two states on legal matters and assist in the investigation and prosecution of crimes”.

Batoyi described the finalisation of the treaties as a “positive development” but said it would only be so if the UAE hands over information South Africa has been requesting for three years.

“But we will only know that this is making a difference once the UAE fully executes our request for mutual legal assistance and we get the necessary cooperation, including evidence from the UAE,” said Batoyi.

The evidence refers to “financial and bank records and bank statements”, Batoyi said. It is understood that this evidence relates to the Gupta family.

There are legal processes relating to extradition that must be followed, she said. When a suspect is arrested in another country, the “end of those legal processes becomes a political issue in that the executive then decides whether to surrender the person to the requesting country or not. And that very much depends on political will.”

Lamola said South Africans should not expect “persons of interest” to board the first plane to South Africa as legal processes had to be followed and “the executive will have to make a decision whether to extradite or not, in terms of their laws”.

Lamola said assuringly, “We do expect cooperation. The UAE committed that he [Salem Alhameli] is going to engage his counterparts to cooperate with all our requests and to respond to all.”

Mashabane noted that the diplomatic relationship between the two countries remains “cordial, healthy and strong”.

Until now, South Africa’s request for mutual legal assistance from the UAE has not been possible because of the absence of a treaty between the two countries. Negotiations for such a treaty started in 2010 and in 2018 the countries entered into extradition and mutual legal assistance treaties. These can only come into force after the ratification instruments are exchanged.

The treaties should be in force on 10 July.