What do suspended ANC secretary general Ace Magashule and confessed racist and social delinquent Angelo Agrizzi have in common? Both face criminal charges stemming directly from work conducted by the commission of inquiry into state capture, chaired by Deputy Chief Justice Raymond Zondo.

Last year, the first high-profile arrests were made following evidence collected from the commission, which is expected to conclude its work at the end of the year following a marathon three years of work at a cumulative cost of close to R1-billion.

But has the commission fulfilled its promise of nailing those who allegedly depleted the country’s resources through corrupt means? We take a look at the cases:

Magashule and the ‘Acebestos’ R250m

On the balmy evening of Tuesday, 6 October 2020, a flurry of tweets and stories from Independent Online bombarded the internet regarding ANC secretary general Ace Magashule’s imminent arrest.

The frenzy that resulted betrayed the usually unflappable former Free State premier’s jitters that the legal noose was tightening around his neck. Exactly a month and a week later, Magashule would eventually be arrested and make his first appearance at the Bloemfontein magistrate’s court on what are now 74 charges of fraud, corruption, money laundering and failure to report corrupt transactions in contravention of the Prevention and Combating of Corrupt Activities Act. There are 15 other accused in the matter.

The case related to the contentious R255-million October 2014 contract to remove and replace hazardous apartheid-era asbestos roofs in the Free State. The contract was awarded to Blackhead Consulting, belonging to the ANC benefactor Edwin Sodi.

According to the National Prosecuting Authority (NPA), Sodi’s company was paid R235-million, but only did R20-million worth of work.

For the NPA, this was arguably its biggest coup in terms of arrests related to the commission of inquiry.

Sodi had testified at the commission in September last year that he had doled out wads of money to senior ANC leaders as a norm and did not see anything wrong with that. This included Deputy Minister of State Security in the Presidency Zizi Kodwa, who, according to Sodi, had received R174 000 from the Blackhead director “as a friend”.

Disgraced former health minister Zweli Mkhize, who resigned a few weeks ago under a corruption cloud, also allegedly received R6.5-million from Sodi on behalf of the ANC during his tenure as the party’s treasurer general, especially before the 2014 general elections.

The asbestos corruption case will return to court in October when a trial date is expected to be set. All the accused have indicated that they would plead not guilty to all charges and that the state had a weak case against them.

The four are accused of fraudulent activities related to four contracts Bosasa received between 2004 and 2007. The matter returns to court this month.

Agrizzi also faces five corruption and fraud charges, together with former ANC MP Vincent Smith, for R800 000, which Agrizzi paid to Smith’s company, Euroblitz 48.  Smith contended that the payment was a “loan” towards his daughter’s tuition fees. Both Agrizzi and Smith have indicated that they would plead not guilty.

This matter returns to court in November, when Smith will appear alone owing to Agrizzi’s ill health, according to medical records provided to the court. All this emerged during Smith’s September 2020 Zondo commission testimony. Agrizzi and Smith have both testified before the Zondo commission, which heard about the alleged corrupt relationship elected representatives had with Bosasa.

Mohapi is a director at Superior Quality Trading, which received the agricultural contract, and is accused, according to the NPA charge sheet, of paying R267 000 in alleged bribes from December 2013 to December 2014 to Dhlamini, the former chief financial officer at the provincial agricultural department. 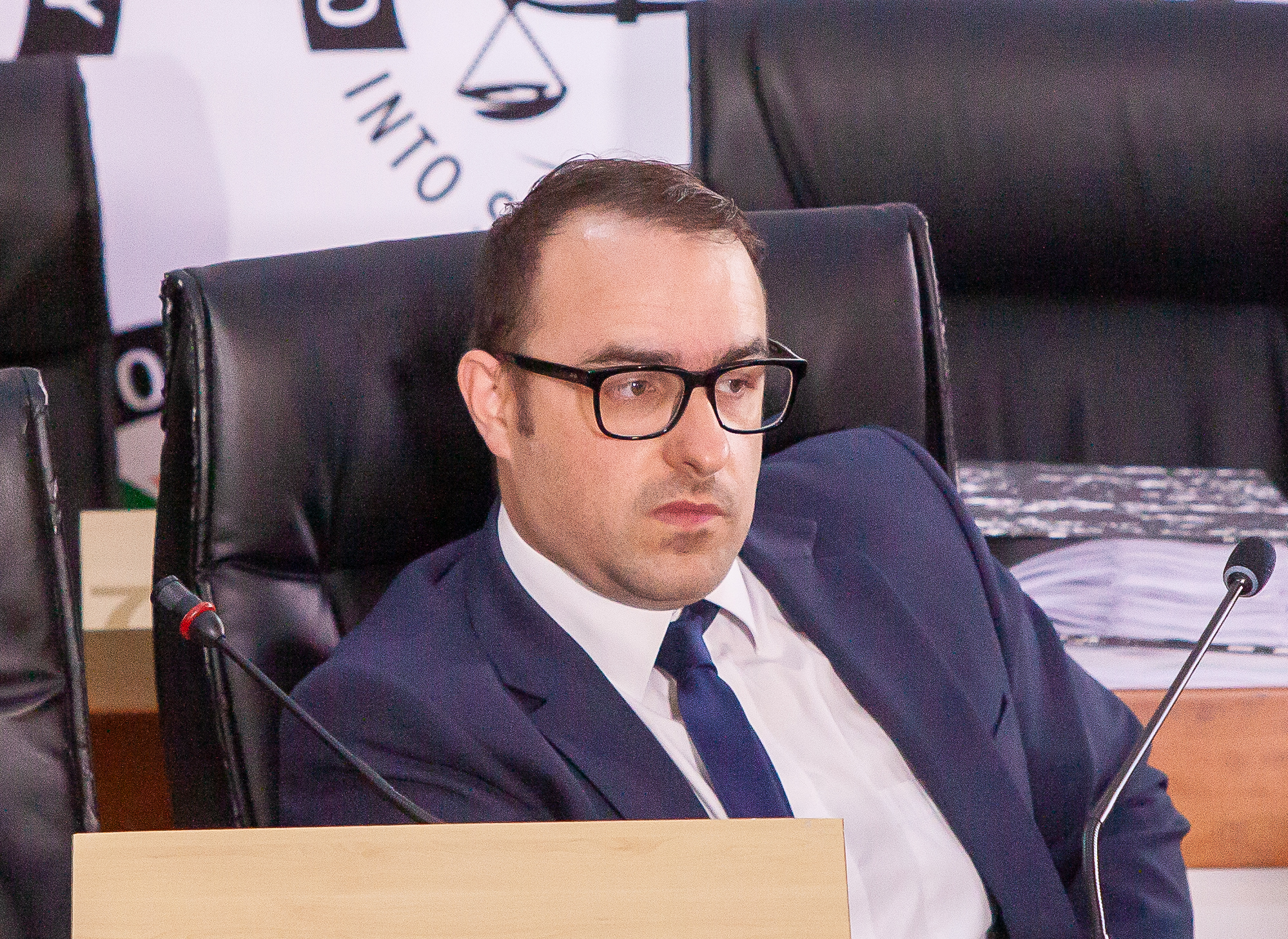 Thabethe was the departmental head, while the other four were senior officials who were part of the 2014 bid evaluation committee.

The Zondo commission heard how 100 black farmers were allegedly disadvantaged through alleged fraud and corruption and did not receive benefits meant for them.

The NPA alleges that Mohapi’s company did not attend any tender briefings, nor did it submit valid black economic empowerment certificates, which were required in the tender advert.

In April, the Asset Forfeiture Unit, a division of the NPA, was granted an order to freeze assets worth more than R10.8-million against Mohapi that included three properties, five vehicles and a tractor.

All seven accused have indicated that they would be pleading not guilty to the charges against them. They are all currently out on bail of R10 000 each.