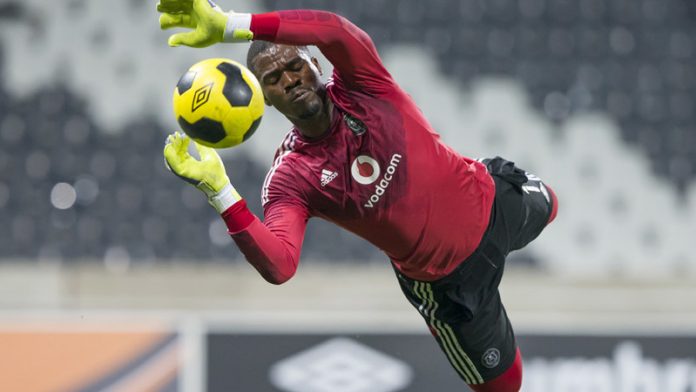 No gunshot residues was taken, nor was DNA evidence collected from key areas of the Senzo Meyiwa murder scene, the state’s first witness, Sergeant Thabo Mosia, told the Pretoria high court on Friday.

Mosia, a forensic officer, who was assigned the Meyiwa crime scene on 26 October 2014, admitted that he did not see the need to take gunshot residue from the six adults on the night the footballer was killed.

Mosia conceded, again, that he did not do so because he relied on Brigadier Philani Ndlovu, Gauteng’s then-head of detectives, for direction.

Advocate Zandile Mshololo, who represents the fifth accused, Fisokuhle Ntuli, wanted to know why he deemed it fit not to collect “crucial evidence”.

Mosia’s answer drew Mshololo’s ire, with the defence advocate reminding him that he had previously testified that he had left the crime scene because Ndlovu, who Mosia relied on for information, was not helpful at the scene, and that the brigadier knew “nothing about forensics”.

Mshololo questioned why Mosia would rely on someone who knew nothing about forensic evidence collection.

“How are you going to be assisted by Ndlovu because you left the crime scene because Ndlovu was ‘useless’ to you? The reason why you did not perform such a crucial investigation is because you were not told by [Brigadier Ndlovu]. Am I correct?” Mshololo asked, her voice rising.

Mosia agreed with Mshololo but said that he had become “confused” because “I had to call the crime scene management team to join me to take further evidence at the crime scene”.

But Mshololo rejected Mosia’s answer, asserting: “As a result of such an omission [of collecting gunshot residue] on your part … there is no evidence to prove that anyone from the house fired the shot.”

Mosia responded: “That is correct.”

The officer reiterated that he did not take DNA swabs from the kitchen door handle, which the state alleges was the entry point for the alleged “intruders” it says killed Meyiwa in a botched robbery.

Mosia added that he also did not swab all the doors inside the house, despite knowing the Kelly Khumalo had alleged that she had been involved in a scuffle with one of the intruders, locked herself in a bedroom, and the supposed intruder “pushed the door”.

When Mshololo zoned in with heated questions about the integrity of Mosia’s evidence, the officer said he was tired and asked for a short adjournment.

After the adjournment, prosecutor George Mosia asked for the trial to be postponed to Monday, 6 June, because of Mosia’s “ill health”.

“The medication is also causing a bit of disorientation,” Baloyi added.

When Mosia began his testimony at the trial’s start in April, the officer had said he was on sick leave because of a back injury.