Beating the drink demon: A wild story about seeking sobriety 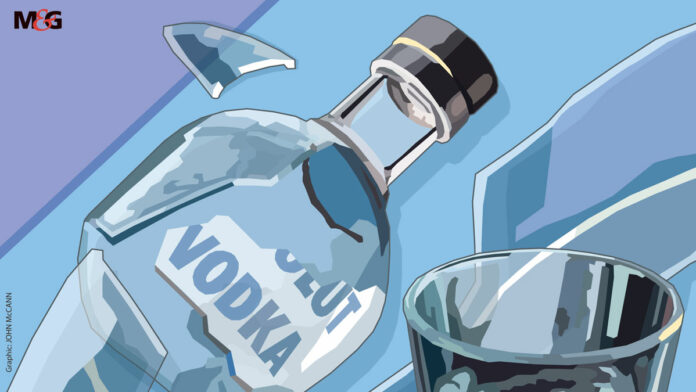 In our first session, the addiction psychologist asked my then-husband to describe what it was like to live with someone who drank excessively.

Ex-husband (XH) tilted his head and looked at the man, bewildered. Is that why we’re here? I thought it was to talk about my meds. Anyway, he shot a derisive look across the desk: Can anyone drink too much? Who determines what too much is? You?

The man looked confused, then pointed at me: Your wife — self-confessed; it’s why we’re here.

XH leapt out of his chair. What rubbish. Who says she drinks too much? Erm … she does? We’re all meant to drink, you bourgeois little man.

The psychologist (now, himself, bewildered) was doubly surprised at being called “a Caravaggio”, not for his steeped-in-realism religious works, I suspect, but for his violent explosions that once resulted in murder.

Are you comparing me to a 15th-century Italian painter? he asked, his tone icy.

With that he strutted out of the air-conditioned room.

I shrugged. The doctor — he’d been quite insistent that he was a doctor of psychology, not a psychiatrist — shrugged too. I can see what you’re up against, he said.

I would not get sober that time, although I lasted 72 days — a white-knuckling, angry 72 days. The doctor, who was also in charge of the rehab I spent 28 days in, was curiously opposed to the Alcoholics Anonymous programme, in which the first step requires that the alcoholic admit to being powerless over alcohol.

Semantics, he’d say. Admitting powerlessness is a sure-fire way to fail. I failed.

Back into my life came vodka, back came the lost hours, reaching under the bed for the saved mouthful at the bottom of the bottle to get me going.

Back on the zigzag route that took me to a different bottle store — five within a 5km radius of my home — each morning.

My elastic rule was never to buy more than one 750ml bottle a day, the reason being that one bottle could hardly be considered alcoholic drinking. Right?

Often, by late afternoon, as the clear spirit level dropped, there was a frantic scramble to beat closing time. I was so careful in my route planning — never the same liquor outlet twice in a day, or in a few days — that I was sure my secret was safe. And yet, a bottle of Absolut was plonked on every counter of every booze outlet I went into, so steady was my habit.

I went back into the same rehab that had failed me because, semantically, I was powerful and alcohol had no hold on me. This time I lasted two weeks and bought a bottle of Absolut on my way home. My trust in the promises I made to myself — today is the day this ends — was at zero.

My daily rituals resumed: glug down a fiery mouthful on waking; go outside to check the car for bumps/ scrapes/ dents or (as happened once) an inexplicable shattered driver’s side window. Weep. Promise to be drink-free that day. Then, while XH drank coffee, fill my coffee cup with neat vodka (hidden behind the frozen peas in the freezer), adding a drop of tonic water. And get on with the day and my job — editing a weekend newspaper.

On 17 January in 2007 I woke to an empty house. I’d finally persuaded XH to leave. He didn’t want to, although our marriage, by then, was hanging on by a thread and we were both desperately unhappy. But then, who would willingly give up the luxury of staying home all day, lying in the bath reading The Economist?

(I used to say I brought home the bacon in every way: earned it, went to the shop and bought it, came home and cooked it, served it and washed up afterwards. He was not much good at providing, was XH — more truculent teenager than spouse.)

On that late January early morning, my yellow, despair-rimmed eyes gazed back at me in my bathroom mirror and I resolved that something had to change, or I had to die. The anguish, the fear, the guilt, the shame, the chaos, the irresponsibility could not go on.

I rang an addiction psychiatrist friend who recommended a stint at a Cape Town rehab that he thought ran a good programme. As he ended the conversation, he issued a word of advice: Call and book yourself in when you put the phone down, or the moment will pass and it might be five years before a window opens up again.

I did and spent the next 12 days (their first opening was 28 January) in a drink-hazed stupor. I drank at a bar that sailors drank in, where nobody noticed if you fell off your bar stool (I did); I drank in my bath. I drank in my car and fell asleep in a shopping centre parking lot, not waking to apprehend the thief who smashed the small triangle window and made off with my handbag and groceries.

I carried miniatures in my cigarette case and drank at my work desk. And when I wasn’t drinking, I slept and dreamt fevered dreams of demons and loss, fearful dreams of falling — from planes, from mountaintops, from grace.

I boarded the flight to Cape Town drunk, and drank on the plane. I stumbled off to find the rehab driver sent to fetch me and begged him to make an on-the-way stop for my last drink. Everyone asks, he said. It’s against the rules.

They took my cellphone, my mouthwash, all my medications, books I’d carelessly thrown in (among them, Lee Child’s Bad Luck and Trouble, I remember). I noticed I’d drunk packed — winter boots in January and no pyjamas.

Fifteen years later, admitting every day that I am powerless over alcohol, I have still not had a drink. Stopping is easy. Staying stopped is hard.

Getting sober? I consider it my greatest achievement.