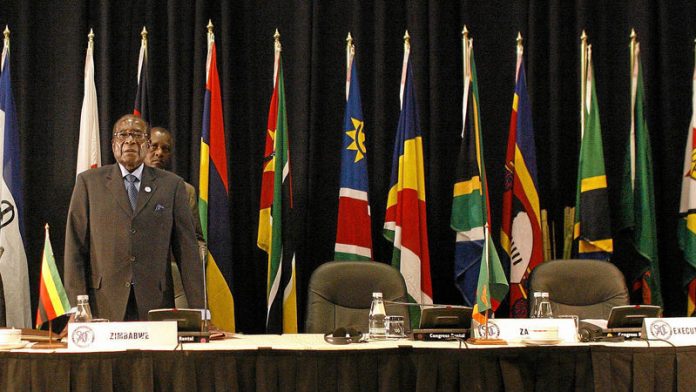 The South African Development Community (SADC) must form a security or military alliance to guarantee a strong and prosperous bloc.

In Africa, the 1990s saw national sovereign conferences in some countries and elections of new leaders in others. In Southern Africa, we saw the end of apartheid, Namibian independence and the establishment of SADC, the aim of which is “to achieve development, peace and security, and economic growth within Southern Africa”. This was in most part the domino effect of the end of the Cold War.

History tells us that the period after World War II was a time of high tension between the communist and capitalist systems of economic forms of governance, which pitted the Soviet Union against the United States and produced the ideological underpinnings of the Cold War. These conflicts often almost boiled over into open warfare on numerous occasions.

The proliferation of nuclear arms during the 1950s and 1960s was pushing the two forces into mutual destruction. Both nations found it necessary to enlarge their “sphere of influence” by mainly supporting the political leadership of what they then called Third World (now the Global South) that would be supportive to their political and economic objectives.

These two forces used what they considered “friendly” governments to fight conventional wars or avail their bases for the placement of nuclear warheads in the case of nuclear warfare. The US and the Soviet Union used their diplomatic and military might to draw out zones that could be exploited as battle grounds against one another. The chosen areas were often countries without the capacity to defend themselves against the might of great powers attempting to control strategic resources. So, for those countries, the wars were not cold, they were open and hot.

The African continent was not spared the tragedy of being caught up in the conflict. Specifically, the southern and the central regions were the “fertile grounds” for these types of intrusions. The colonial powers — England, Portugal, Germany, France and Belgium — were unable to run their colonies after the loss suffered in the two wars in Europe. The United States, Soviet Union and, to a lesser extent China, tried to fill the void with money and weapons. Quarrels, clashes and open conflict were the results, as the superpowers participated in proxy wars that would kill hundreds of thousands of people in Africa.

The aftershocks from these wars would destabilise the region for years to come. Some may argue that the effect of these are still present to this day — violent conflicts, genocides and dysfunctional economies.

During the time of the Cold War there were conflicts in many different parts of the SADC region, including in Congo, South African Border War-Namibian War of Independence, the Angolan Civil War and the Mozambican Civil War.

But the years after the collapse of the Berlin Wall have been relatively peaceful in the SADC region, apart from the war in the Congo, the Islamic insurgency in Mozambique, and the Zimbabwean crisis.

In the past three decades, we, in the SADC region, erroneously did not seem to think that we were concerned when conflicts were occurring in other parts of the world, such as when Iraq was illegally attacked in 2003, or when Nato illegally bombed Kosovo without the explicit authorisation of the United Nations Security Council, even when Muammar Gaddafi was assassinated. Maybe the fear of American hegemony did not allow for any form of reaction without attracting retribution.

There is also the Chinese crackdown in Hong Kong, the Tibetan predicament and even the expropriation of certain ports across the African continent. This is evidence that the Chinese are aggressively pursuing their agenda.

We thought and continue to think that the Islamic extremist groups are, at best, a problem of the Middle East and Western nations and, worst, only found in East and West Africa.

It is within this background that the Russian state decided on 24 February to invade Ukraine. The Russians have advanced reasons for violently attempting to reach its objectives.

These have prompted the Western countries to unite in support of Ukraine, sending weapons and passing sanctions, many of which have made a number of central bank governors around the world uncomfortable. It was a cold realisation that countries’ reserves can be confiscated.

Could it be the main factor which will lead to the “de-dollarisation” of global transactions? There are discussions in that regard.

The US president even went so far as to suggest that they will attempt regime change in Russia. Even though it was retracted, it will not be ignored by the warring parties.

A number of observers say that we are witnessing the end of the American hegemony and the emergence of a multipolar world. On the one side is the Nato countries led by the US and on the other is the Russo-China alliance.

We are observing a violent eruption of a great tectonic shift. It is quite clear that Russia, with its allies (known and unknown) are pursuing the establishment of a new world order. It is also true that many people in what is often known in the West as the Global South feel that it is high time that this becomes a multipolar world.

If that is the intent, how far are these adversaries willing to go?

The uncertainties require a SADC strategic approach to the matter. The vote at the UN could be loosely interpreted to mean that the region is divided on the issue. That will make sense if we consider that each country is pursuing its own interest. There are rumours that countries were threatened to sway their votes one way or the other.

There arises the question as to whether countries in the region can be used against each other, for example, by using the old strategy of creating a rebellion established in the neighbouring country to destabilise the neighbours.

The SADC countries are in large part democratic nations. The population of the 16 SADC countries is not less than 340 million people, with a land area of about 556 781 km². Those democracies and freedom were largely obtained at the cost of the blood of many. It is therefore capital to protect the people’s way of life from any external influence whose interest might set the region back many years. It cannot become a tool in the coming conflicts. It is in the interest of SADC to make it clear from the beginning for the sake of the future.

SADC’s interests lie in building a military alliance uniting the countries in the region because of the growing necessity to create an institution with sufficient power and capacity to undertake actions on behalf of the citizens. But care must be taken that the rights of citizens will be protected.

This is possible by creating a militaro-intellectual nexus with the sole purpose to help build our economies around security. This is imaginable if article 3 of the SADC defence pact signed in 2003 is amended, to deal with the possibilities of issues mentioned earlier occurring in the region.

To guarantee a strong and prosperous SADC, security must be at the centre of our concerns.

Jonah Tshilenga
Jonah Tshilenga is a PhD researcher at the University of Huddersfield in the UK, the director of the department of peace building and understanding conflict of the African Christian organisation Operaf, and a board member of the newly formed Kairos think tank that focuses on educational policies in the Southern African Development Community
Facebook
Twitter
WhatsApp
Linkedin